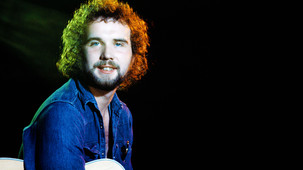 Where are the great singer songwriters of today?  They are still here (I hope), they are simply hard to find these days and seem to be buried in a sea of 'commercialism' with over-hype, instant sound-bites, over-production and glossy videos. A telling moment on a recent BBC show was simply Simon and guitar on the Parkinson show. The creative genius behind great music, bands and orchestras is simply this and to find the heart of great art requires it is 'stripped back' to basics.

What are the best songs of the past 2 decades that compare to the great songs of the 60s?  I was making myself a playlist of favourite songs and I was struggling to think of songs from the 90s and noughties that will last the tests of time...?  Names that came into my mind were Radiohead, Arcade Fire and Coldplay - all bands.  Many great singer songwriters started off in bands - Richard Thompson ( Fairport Convention),  Rafferty (Humbelbums), McCartney (the Beatles), Simon (Simon and Garfunkle)...more. Perhaps it is easier to find your artistic voice through collaborating. I know it can take years for classics to emerge.

Culture﻿ has changed, the internet has given us access to instant media-music. In the 60s music was more of an investment of our time and money and involved a trip to the Record Shop!  I feel certain there are advantages to online streaming but drawbacks too.  It was a big deal for 50s artists when they were able to hear the blues legends on the radio. So the advancement of the new technologies means that all the arts can now develop at a much faster pace than ever before.  Yet the young people seem to crave nostalgia...

Does the proliferation of Talent Shows these days (both local and on tv) have a lot to answer for when they are mainly about producing musical performers and are not about the craft of the songwriter.  I guess there is still the folk scene for singer songwriters. Many say that their music is rooted in traditional folk music - for example Dylan drew on Woody Guthrie, and Elton on Leon Russell.

I worry though that the arts are loosing the 'heart' of what makes art or music truly great and unforgettable in their rush to pursue the business side of it all.  Reflecting on music and songs of recent times I began to wonder is there not much 'substance' or heart behind much of it, that tells me something new emotionally I've not heard a million times before? To quote Rab Noakes - ' a future with no past has no idea'.

Singer-songwriting is about finding your own unique voice.
Last week the BBC4 ran a show BBC Singer Songwriters.  On my list were many on this show  -  Joni, Rab Noakes, Rafferty, Paul Simon, Cohen.. all there. Those were simpler times back then. Great acoustic music is still here, it is just hard to find it these days : )

Last week the BBC4 ran a show BBC Singer Songwriters.  On my list were many on this show  -  Joni, Rab Noakes, Rafferty, Paul Simon, John Martyn, Cohen.. all there.  Those were simpler times back then. Great acoustic music is still here, it is just hard to find it these days : )

PS - Are older singer-songwriters doing enough to encourage and offer platforms for the younger artists?
I include a clip of Joni Mitchell on the BBC. Joni is probably my biggest inspiration for singer songwriters.