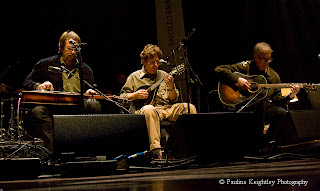 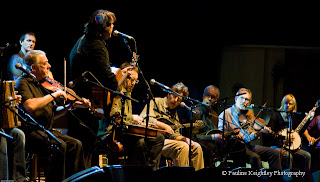 My Musicfootnotes blog is about art and music but I also occasionally post letters about politics and social concerns. I was thinking of the issues around Scottish Independence and about what is ‘Britishness’?  This then led me to thinking how music offers one voice and brings us together.
As the debate heats up around Scottish Independence, it led me to wondering what ‘Britishness’ means for me. English people, or rather those in London, should realise Scottish people don’t support the English teams at sporting events – why? Well the great rivalry is as strong as ever. However Scottish independence would offer many mutual benefits, a better partnership and renewed respect I feel.
There are globalization fears as gigantic business conglomerates attempt to take over control.
(Europe tried this one size fits all Euro which I always wondered seemed a half baked idea.)
I’m not enthused by a ‘one size fits all’ homogenised, faceless worldwide culture – where every city has its corner Big Mac and Nike trainers on display no matter where I travel,
While I do believe in freedom of thought and speech – in One Young World and in voices of truth such as the Dalai Lama…and I don’t believe in tribalism or religious divides. People have advised that we shouldn’t speak of religious or political thoughts, this seems a terrible thing and I believe in good, healthy and informed debate…I believe in democracy whatever that means in today's world?
It is more important than ever to keep our divergent heritages alive. I believe strongly that Scotland needs to move on now and to feel a renewed sense of confidence over it’s own 'identity' and not to feel 'dependent' on the decisions of a few in London. London is interested in its financial institutions, civil servants, media and more – and it is not interested in business opportunities elsewhere.
Today more than ever the individual voice matters. I believe in de-centralized government above all as I saw first hand in America - where each State runs its own affairs and the federal government runs the roads and military. Scotland has its own education system and Scots Law.
Scottish independence is a ‘positive’ debate and it is not about ‘divides’ or about old rivalries, but about a healthy and respectful ‘partnership’ in which Scotland no longer feels second-rate but able to stand on its own two feet as many other small countries do.
When I wandered abroad many years sometimes I would hear the pipes of Scotland call me back home.  So I include a haunting Gaelic song that finished with those pipes - '' Crucan na bpaiste' and the 'Drummers of England'. I was born in England to Irish parents and grew up in Scotland - so yes I believe in Irish and English heritage too!  I had a songbook of National songs and we sang Irish and Welsh songs too. That's why I love the Celtic festival here in Glasgow - it is one big melting pot that celebrates many cultures through the medium of music.Celtic celebrates our differences while the music also brings us together.
MY SCOTTISH PORTRAITS  -  http://www.pkimage/scottishportraits
This blog has become also about music!
Even In our world of mass communications it is harder and harder to get heard amid all the large corporate controls. Therefore it is important to maintain our heritage even more than it ever was.
We must never believe that our voice cannot be heard.