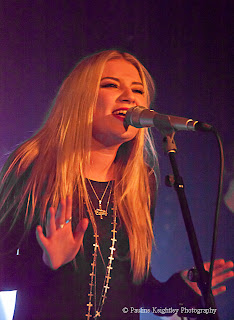 Petite fireball Carly lifted her soul voice seemingly from the tips of her toes. Her performance was well groomed and well thought out.

She made her entrance and engrossed the crowd at King Tuts with her impassioned soul voice reminiscent of early 70s Motown soul, some Aretha and with a little bit of Cream blues guitars added to the mix. Carly sometimes performs on her toes in her bare feet and in her floating black dress she seems to dance through her set…Her songs have titles such as Back to Business, Heartbreak Hotel, NightCreeper, and Into the Fire. 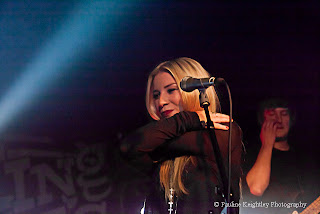 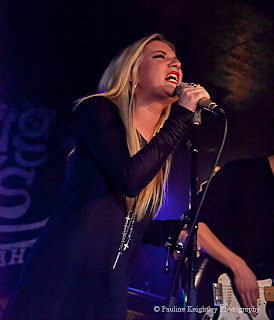 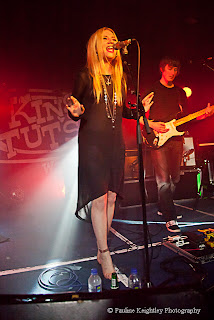 Carly had a drummer and guitarist on stage with her, and she also played guitar on a couple of songs. A bass player appeared for one song – while on the other songs there was a backing bass track, oddly. 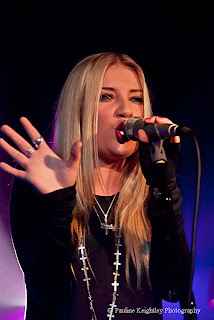 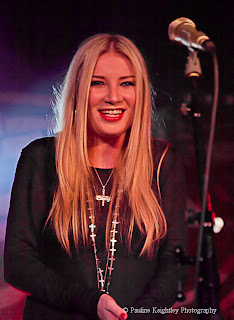 I first saw Carly when my son’s band backed her for a Glasgow gig way back in 2006. Brian McGee, the former drummer of 80s Scottish band Simple Minds was working with her and I think she was only about 15 then, making her 21 or 22 now. She has been working away on her music and sound ever since then in both London and Glasgow with producers and writers.

She was great for photos with such a dynamic theatrical show!  I have so many fun ones it has been hard to select my top ones.   Certainly a Big Voice from such a tiny pretty blond! 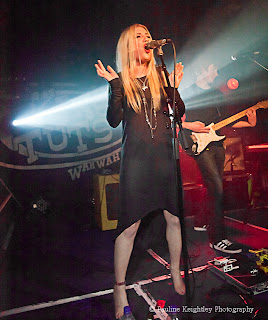 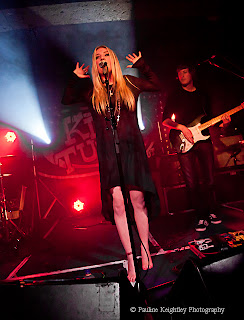