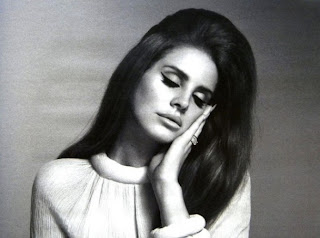 Lana has released artwork for her forthcoming video for her single National Anthem. She has a very unique style and she likes her music to be about the images too. The video is set to see Lana taking on the role of Jackie O with rapper A$AP Rocky playing John F. Kennedy. Del Rey cited the video as "definitely the most beautiful thing" she's ever done. As of June 29, 2012, it has garnered over one and a half million views. 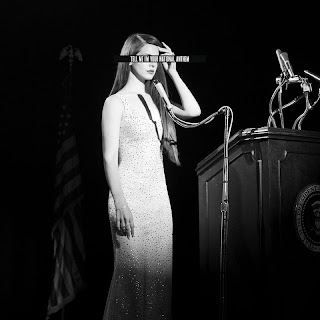 REVIEW What Culture -http://whatculture.com/music/lana-del-rey-national-anthem-music-video-review.php - It’s actually really really sad and a truly stunning video (especially the end monologue) – it is all about nostalgia, memories, life, love and loss. I preferred the more upbeat demo version of National Anthem originally but I think this video makes the most of the new more forlorn version and bolsters it upwards. Will it set the charts alight…if it does provide a breakthrough then it is much deserved. Get ready for the Summertime Sadness video soon but in the meantime, rejoice in a national anthem that everyone can actually remember the words to.  Stars, stripes and serenading the President are all in a day’s work for the 2012′s First Lady of Pop as she delivers another note-worthy all-American visual.

Born to Die has sold more than 1.4 million copies worldwide. It peaked at number one in , , , the and other European countries.
Del Rey's music has been noted for its cinematic sound and its references to various aspects of pop culture, particularly that of 1950s and '60s Americana. The singer has been described as a "self-styled gangsta Nancy Sinatra" and cites many contemporary artists such as Elvis Presley,Britney Spears, Nina Simone, Nirvana, Leonard Cohen, Bob Dylan, The Beach Boys, and Antony and the Johnsons amongst her musical influences.
Del Rey possesses a wide contralto vocal range, which has been described as unique, captivating and highly emotive, being able to transcend from sounding high and girlish in her timbre, down to a low and jazzy sound with great ease, although both these areas of the voice can be conflicting in their sound and polarise opinion.
http://youtu.be/60cvtxwlJr8