I continue as ever really excited about music, both new and old. My son sings in an aberpella choir, which he enjoys. He sings those bass rhythms and also solos. This year I saw some of my favourite Scottish folk artists - Barbara Dickson, Rab Noakes and Dick Gaughan.

I enjoyed great musicianship at Celtic 2014 - Nicola Benedetti, Del Amitri, Jerry Douglas, Aly Bain, Dougie McLean, Capercaillie, Mogwai and more.  I look forward to Celtic 2015, one of the highlights of my year.

I also enjoyed younger artists including Head and Heart and Lyla Foye There have been some fun new albums this year  - Mary Chapman Carpenter, Sarah McLachlan, White Denim, Head and Heart, King Creosote.
Yet another strong female singer songwriter Ella, has secured big hits (oddly an X factor finalist how was voted off in the early rounds!).

Eighties icon Kate Bush returned with 30 sell out shows in September at the Apollo Hammersmith London. She is one of the most celebrated English singer songwriters. Kate Bush has always followed her muse entirely and so to expect anything less from her first shows in three decades is to not really understand what motivates her as an artist.
'Don't you think art is a tremendous sensual-sexual expression? I feel that energy often.. the driving force! ' 'The most important thing for me is that its interesting from a creative point of view. Then I feel totally fulfilled as an artist and I can move on.'

One Direction became one of the biggest bands ever worldwide. Pharrell Williams gave us the most popular song for a while with his upbeat Happy. Some memorable songs this year – Ghost (Ella), Royals (Lorde), Sky Full of Stars (Coldplay), No Place I’d Rather Be. 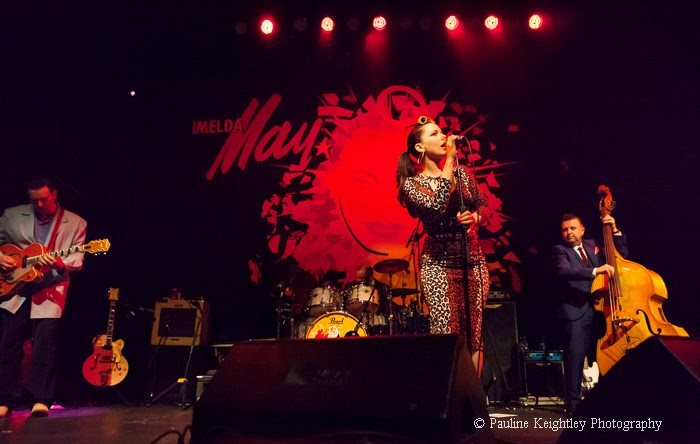 Folk music is alive and very well in Scotland. Celtic Connections goes from strength to strength with both young and older artists – it’s a highlight of my year in cold January skies – with brilliant musicianship, dynamic collaborations, beautiful Gaelic singers, haunting pipes, strong guitars, melodic fiddles, energetic ceilidh bands, charged bass and percussion - the vibe is heart warming and uplifting.
Many Celtic concerts goers attend every year for the weeks and weekend. I meet people from far away San Francisco, southern Ireland, north of England, cultured Paris and much more. The audiences at Celtic are packed with serious music fans – which creates an informed, generous and appreciative vibe at the concerts.
There is also a great deal behind the main stage, - music workshops, open mic stages for new comers, late sessions which are great fun, as well as the festival club itself. The festival days and nights are a welcome feast for music fans.

IN 2010 GRAMOPHONE NAMED LINN LABEL OF THE YEAR
In October 2010 at the annual Gramophone Awards, Linn was named Label of the Year. For Linn, winning this prestigious award was the culmination of nearly three decades of work, and represents the dedication of a team striving to give the you the best music, with no compromises on quality or support of our artists.
With a Studio Master, you get to hear more of the music. It's the closest we can get to capturing the artist's original performance. In fact, it's recorded with such accuracy that you'd think the artist was performing in your room

PS  Concert Hall Steps
The top of Buchanan Street offer striking vistas and important civic space for shoes photo shoots, for political gatherings, for sunny lunchtimes, happy buskers, concert goers, tourists and students and more. The Glasgow council in their ignorance, wants to take away the steps and instead put up a large glass atrium like you would see in any other nameless city or shopping mall. I was shocked and saddened when I heard this, Please protest against