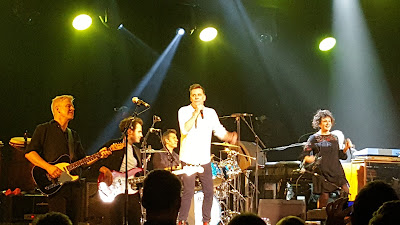 The band played with positive feel good energy. Most successful bands know its about those memorable melodies ultimately. Ross and Lorraine were backed by a top quality band and this band knew to treat their long time fans to their sing along hit songs. 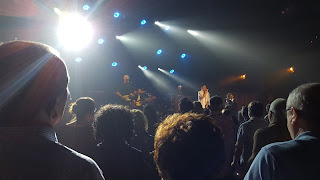 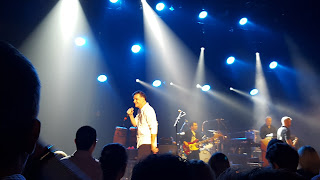 For their hit Songs – Real Gone Kid, Chocolate Girl, Loaded and Dignity the concert hall audience took to their feet to sway and sing along. Dignity is certainly a classic song of hope and makes me think of sailing up that misty winding Clyde river to new horizons.
New songs - Birds, I Will and I Won’t, Delivery Man, This is a Love Song, were well received by their fans. They also sang some covers songs such as ‘What do you get when you fall in love’.
Ross took to the piano for a few slower numbers. He performed the expressive, I want you in everything, Everything my heart says so. Ross writes his songs of everyman.

The band's most recent album, A New House, was released in September 2014. As of 2012, Deacon Blue's total album sales stood at six million, with twelve UK Top 40 singles, along with two UK number one albums. 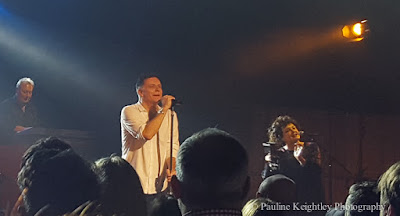