Exciting New Music 2016 -
Christine and the Queens. The biggest new artist on the scene, made an impression on the Jools Holland show. She mixes movement, rhythm, music and mood to great effect. Impressive.
Blue Rose Code – Folk blues singer songwriter from Edinburgh. I saw him this year at Milngavie folk club and was mightily impressed and I have enjoyed his album very much – classic songs and energetic blues rhythm guitar and voice.

Emeli Sande returned with a wonderful second album Long Live the Angels. I was so honoured to take photos at her Albert hall concert in 2012. I saw her return to the Oran Mor Glasgow – I first heard her here in 2007. Loving her new track Breathing Underwater.

Some top albums this year too from Radiohead – A Moon Shaped Pool: Coldplay, Mumford, Muse, Adele, Ellie Goulding, Chvrches, Mark Ronson, Disclosure.
Sadly there has been in 2016, the deaths of many iconic musicians – Leonard Cohen, Prince, George Michael and David Bowie. Sadly the most successful architect ever Zaha Hadid and one of the most successful record producers ever, George Martin. In 1962 he started working with and unknown band, the Beatles, with innovative music productions.
At Celtic 2017, they will focus on the half of the population often ignored – the women’s voices with the singers and musicians. The women care about home, children and mother earth. There is a story of a south American tribe where the women tell the men to STOP.

With music I feel at home. It was the one safe happy place when I was a child. When I played piano, the rest of the world seemed to disappear and make sense. When I played piano and sang I felt connected to those positive things in life - the sunshine days, the happy memories. I felt good about myself in a world that was often dark and full of despair it seemed.  When my fingers learned to play Bach and Mozart a whole other dimension opened up, as if I was on some small way connected to those genius artists and transported to far away shores...  I travelled with folk artists and learned the shared joy of harmony singing and fiddlers rhythms.  And I have never looked back....

Paul Simon said that he was inspired by African skies and African rhythms, but the anti-apartied forces shunned his musical collaborations for his amazing Graceland album 91986)
Simon was reaching out through his music.
Yet now all these many years later we see that the unison of Simon's American voice along with African voices helped to offer a unifying hope that anything was possible. That the voices of fear and hatred might be overcome by the melodies and rhythms that we all understand and that unite us.

Some of us suffer great insecurities, and more than anything we need those voices of hope. Simon's journey was about music not politics. My belief was once a bright shiny thing... We all have our ingrained insecurities and they may lead to great art or they may lead to terrible despairs and fears.


**The big Issues that Really Matter -  Scottish Land Reform, Greener energy, (only at 32% just now!), Child poverty, Social Care.  To hide the Tories failings on the economy and more – they use Brexit as smokescreens, instead of focusing on what really matters.

AND THOSE false REFERENDUMS? HOW DEMOCRATIC ARE THEY REALLY?
They are about money and the Unionist press raining down on us.
According to Gordon McIntyre CEO business Scotland, perhaps only 10% of the population research, read and are knowledgeable about politics – the rest look for comfort and that’s why these maverick appeal, such as Farage or Donald Trump. The trouble is these opportunists don’t know how to fix anything. 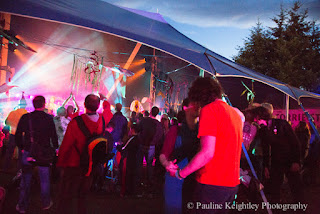 **HAPPY NEW YEAR**!  to all who read my 'Scottish Arts and Music blogs' and posts here!

2016 has been a rather scary, tumultuous year! Here's to ALL the independent, honest voices in 2017..Lennon, Dylan, Tony Benn, Mhairi Black,...And listening to ALL sides and not those echo chambers!. Yes I do read the Sunday Times and watch Question Time... even though it hurts at times!
It's been a year of tremendous times personally and also of sad difficulties - that's life as they say!

My favourite Christmas song is by John Lennon, So This is Christmas - To all those masters of war, including those in the arms trade, Dylan wrote of - give peace a chance.. There is more to living than treasure chests. . In Karachi the wells are dry, in the Antarctic polar bears are dying … if we don’t’ care about our planet – then what do we care about. Mr Trump , please listen?

HOPE
Back in 2014 many of us dared to dream there could be a better, more productive, fairer, greener SCOTLAND. With all these voices of fear we need more than ever voices of our shared humanity of shared hopes.  Yes, we need angels, voices fo freedom, informed thought, more than ever.
At Celtic Connections in January 2017 we will hear many women musicians’ voices...I look forward to it!

**My Photography 2016**
I am continually inspired by B & W images and by my favourite portrait photographers. Sometimes colour works better though and some images just don’t translate into B & W.  But for me the B & W photography has more impact if you can capture enough subtle tones and contrast.