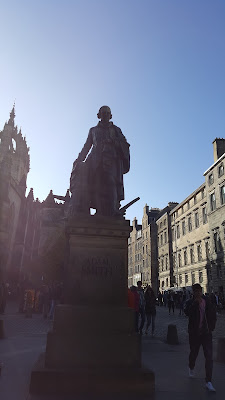 My Royal Mile Meeting Places
Its strange how time loops meet….
I am my own journeyman…making my travels back, back to my roots.

Edina 2017, is not the Edina of 1787, it is 240 years ago when Burns ventured there, and yet much remains. I have it easy today on the train – by contrast Burns travelled through the Lowlands for several days on his horse. I travel over small bridges and under tunnels, the corn reels are all harvested and dotted on the golden autumn fields. For my visit the sky was calm with clear soft blues. 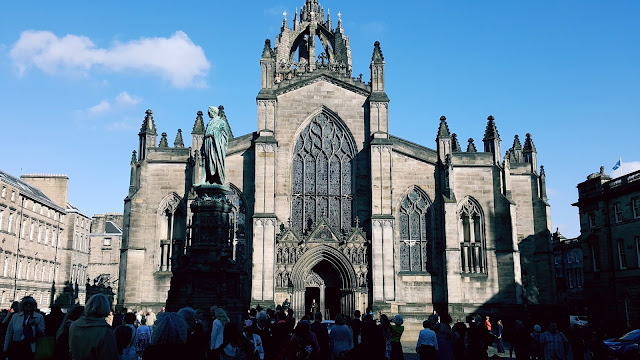 Burns had sold his share of the farm to his brother Gilbert. And his first book of poems had recently sold out.
‘I was so fortunate, the Earl and Lady of Glencairn welcomed me on my first visit to Edina to his grand home, Coates house, and encouraged my work and not only this, they encouraged others including the Caledonian hunt to subscribe. He introduced me to Henry Erskine, the Duchess of Gordon and importantly William Creech – the publisher - who would publish my Edinburgh Second Edition in 1987. My dearest existence I owe to the noble house of Glencairn.” Robert Burns.

It’s another year and it is now late September and the festival is past. I want to be here when there are no festival frenzies.
So time spreads its wings and flies onwards to horizons new.

Later at dinner I met a couple from San Francisco who had been in Edinburgh in 1977. After I went to listen to live music - Inn on the Mill, Oak folk club, Sandy Bells pub Forrest road. 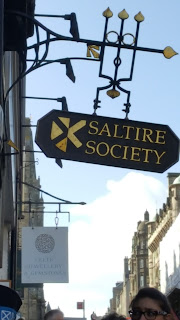 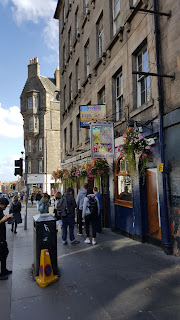 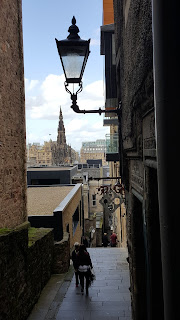 The early morning sun shone across Arthur seat, and from my fifth floor hotel window I can see over to the Bass rock.
I walked down to St Mary’s street, and visited Kilberry, makers of Highland Scottish chanters, and chamber pipes where we talked of the very talented Martyn Bennet and his incredible Grit album concert. I stopped for lunch at a nice small café. At the Canongate Kirk I saw the graves of Adam Smith, Agnes MacLehose, Robert Fergusson and other famous names, and I thought of my time at college there – right at the heart of so much history. Back in the 18th century Edinburgh 800 people lived in huge tenements, and the wealthy lived higher up and there was no sanitation and a great deal of disease. But it also meant a great meeting of minds at the Mercat Cross each day, beside where the Parliament used to meet.

I walked back up the high street, photo’d the statue of the enlightenment giants Adam Smith (Economist who also wrote the Theory of moral Statements of Human Empathy’ and campaigned against slavery) and of the great philosopher David Hume. 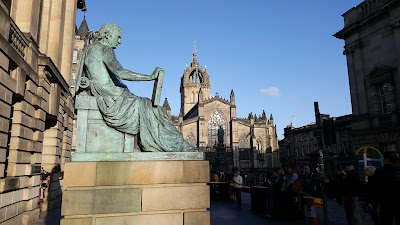 I went to visit the Old Parliament Sq and the impressive Signet library – where lawyers were strolling back and forth. I met and had a nice chat with a very charming Norwegian. He was there to film, about the Norwegians who were trained in Scotland during the war. I told him, unlike Norway, Scotland had no oil fund, he asked where the money went – good question! After I stopped at the National library.

(There are many Unionist and Anglo/Scots labels and statues here though, and no statues or women, that jar with the grand stories of Edinburgh's rich and enlightened past. They tell of the suppression of Scotland culturally and economically, in particular the Great Tyrant Henry Dundas who annoyingly sits astride St Andrews Square.) 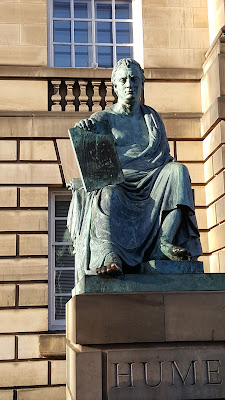 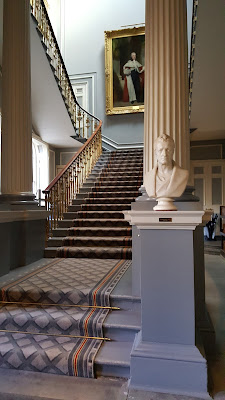 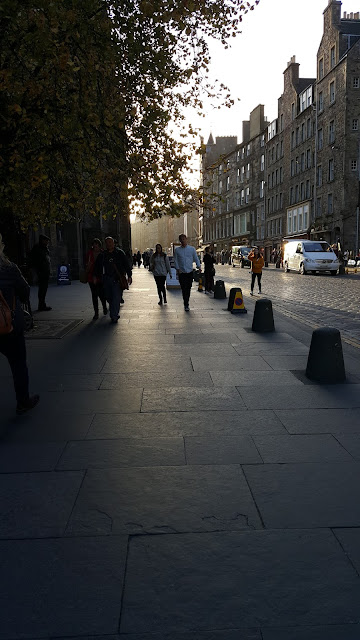 It is now late afternoon and the sun in the west was shedding late light shadows down the high street, shedding perfect light. In Edina with its small hills there are always grand vistas and dramatic light and at Calton hill there are the city’s historic skylines.

People still sell their wares in the Edinburgh streets – tartan hats, and scarfs and other trinkets. And I wondered what Burns would make of it all now……

There is much to discover on Edinburgh’s historic high street – Literary journeys, Publishers, Libraries. Edinburgh was once a Publishing capital of Europe and led the way with education for all. 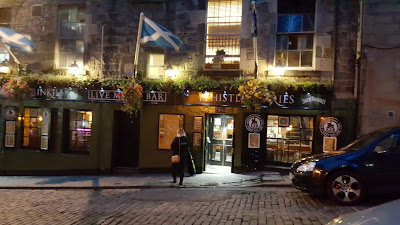 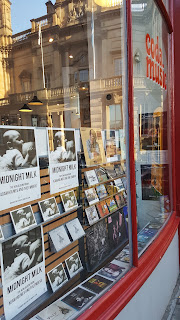 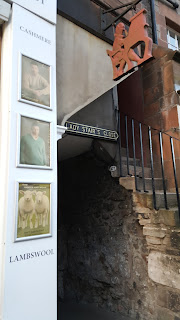 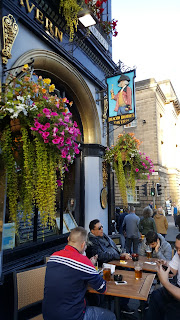