Exploring Hebridean Isles: on the Edge 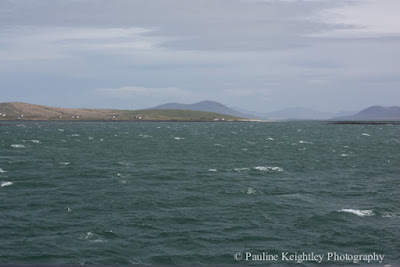 We took the Oban ferry to Castlebay on the isle of Barra. On the edge of exploring the whipped dark blue seas held time aloft and the tides carries us across. The bright westward skies shone brightly as we sailed oe’r swells and past looming mountains….
To the edge of Scotia’s Western Isles, to their stunning and varied landscapes, beaches, rocky outcrops, purple mountains, and a haven for wildlife, the roar of the Atlantic surrounds all here.
This is a place of strong contradictions – from rugged coastlines, to the largest stretches of clear white sands and turquoise waters; and in the late light the bluest softest hues.

I read of the great Bards and Myth makers. I read of the crofters forced to leave their homelands for unknown fates in far away lands – to Canada, to Indian reservations and not to the farms that had been promised and of how they missed the Atlantic seas.  At the  Castlebay museum I read of Father John MacMillan.  North Uist and south Uist are Protestant and Catholic – and they get along!
And the great war devastated these islands. Before the war Barra was the centre for the herring industry. The war meant all the young men left to fight in the navy. Then in 1921, 22, 23 there was UK government sponsorship to leave the islands. (to populate the colonies with white people)  The population went from 3,700 to 1,800.  Some managed to return, and some died on the journey. I read of the clan chief Macdonald in Edinburgh and his deciding on the fate of those living on the island. I read of Colonel Gordon of Cluny who bought the islands and ordered the clearances to make way for sheep over people. 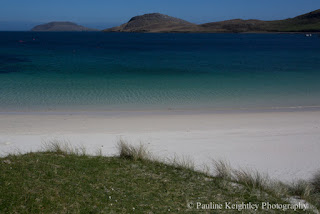 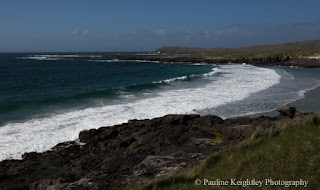 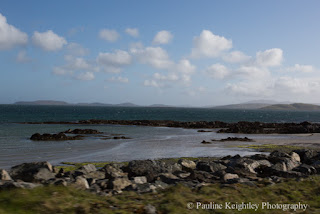 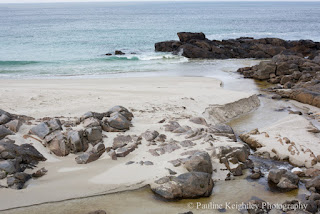 Barra has a 17th century castle Caisteal Chiosmull castle, at the entrance to its bay at Castelbay, owned by the McNeills. Similar to other islands, the drive on the west coast has picture perfect sandy beaches, and the drive on the east coast is rocky and more mountainous. To the north lies the only beach with scheduled flights and we had lunch at the café here.

Out on the peninsula we found the small chapel of Saint Barr.  South of Barra, lies the quiet island of Vatersay connected by a small bridge. We took photos at what could have been a tropical island, although there was cool there. Another photographer told us of the shrine to Eilidh MacLeod, who lost her life a year ago at the Manchester bombing. So sad she left this beautiful place to die at the Arianna Grande concert. 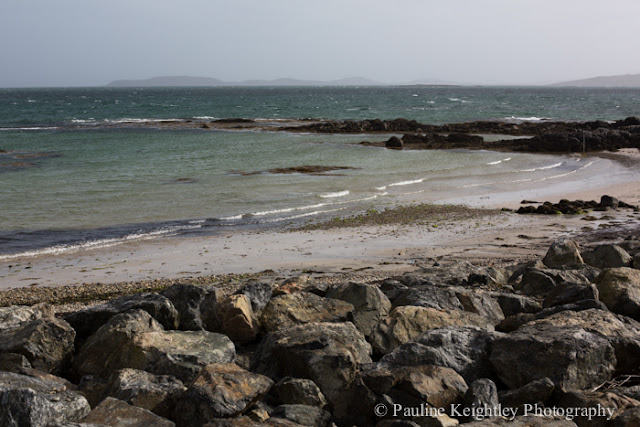 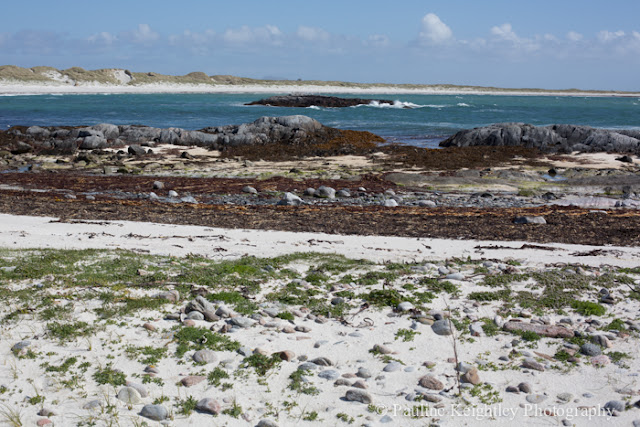 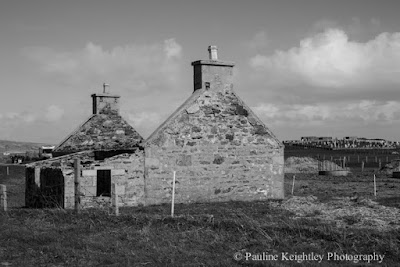 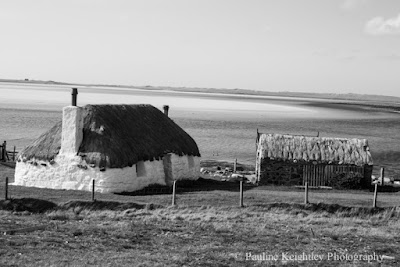 Early on the Friday we headed across on the carefully manoeuvred crossing to the more prosperous isle of Harris. Harris is the most developed Western isles. I had expected it to be more isolated and remote than Lewis. The Harris beaches on the west coast look out over the welcoming Atlantic and are well worth photographing. Tarbert is nestled in its northern mountains – a ferry port with Harris Gin and Harris Tweed shops. Then we took the treacherous Gold Road over the rocky eastern side and stayed at the beautifully renovated old school house. 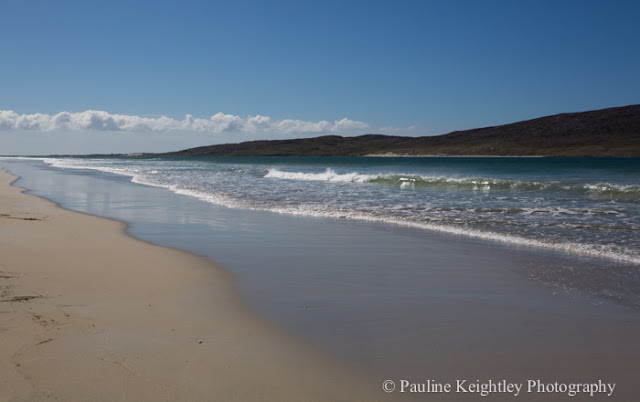 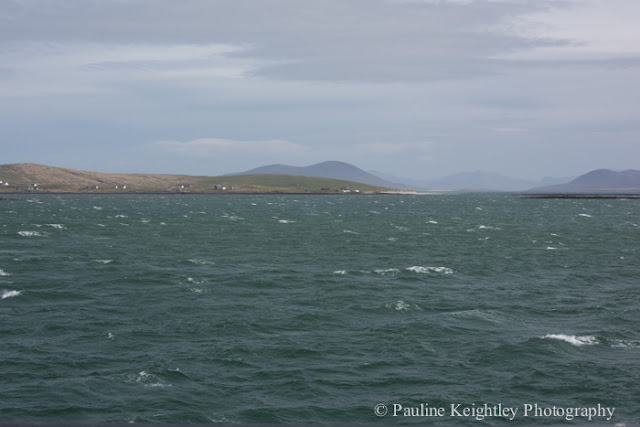 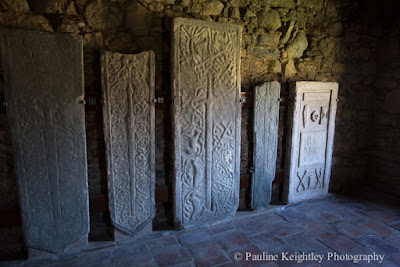 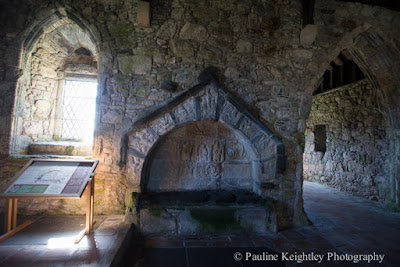 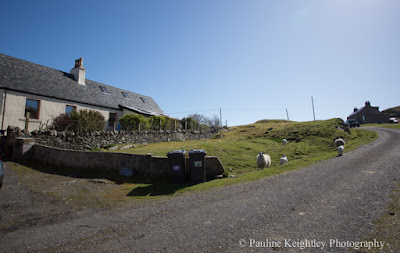 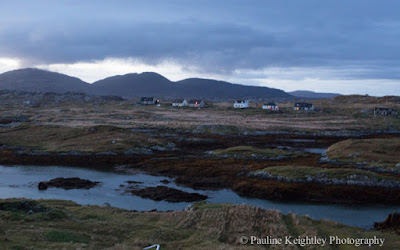 On Lewis its worth visiting its historic sites – the Callanais stones, the blackhouse village, the Carloway Broche.  Then we headed for the port of Stornaway - it was a Sunday and all was closed except for the church and one hotel - and took the modern Caledonian McBrae ferry, which was like a floating cafeteria, back to the picturesque highland town of Ullapool. 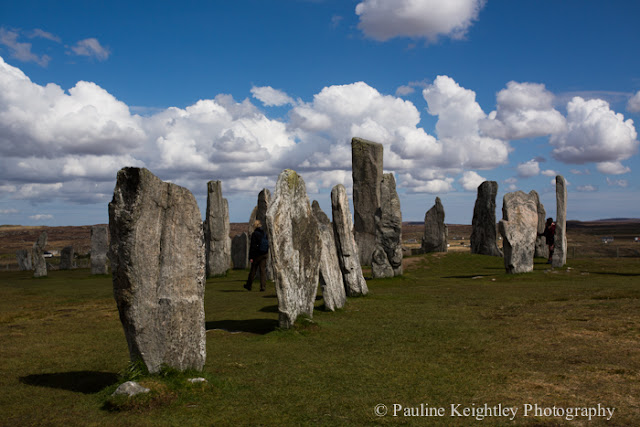 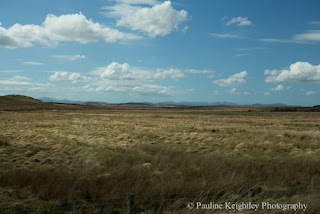 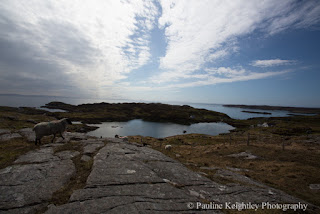 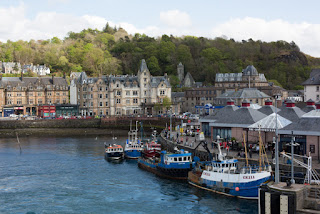