Did Revolution happen here too soon? 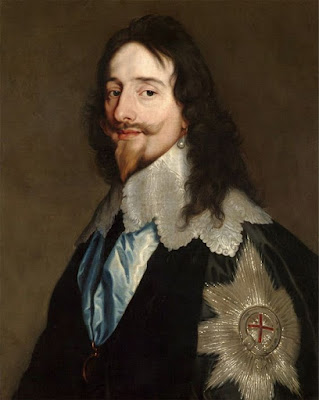 Did Revolution happen here too soon?
Did revolution in the UK happen a hundred years too early?

In 1649, Charles Stuart I (who wanted to impose bishops and the Anglican bible on a Presbyterian and Protestant Scotland) had his head chopped off. At this time the Thirty Years religious wars raged across Europe.

Then in 1651, his son Charles II was crowned at Scone Scotland with the understanding he would adopt the Scottish Presbyterian religion. (however he went back on his word.
Then with the Scots help to reclaim his throne, Charles II was defeated at the battle of Worcester in 1651 – where he hid in an oak tree and went into exile in France.

The UK became a Republic from 1653 to 1658, Cromwell ruled with an iron will and with his aggressive model army. Thomas Cromwell set himself up in as mini dictatorship and so people wanted the monarchy back after he died, as a civilizing force?

As Charles Stuart II had no heirs, after him we had James Stuart VII, William and Mary, Ann, George of Hanover. (the grandson of Elizabeth Stuart)
All this was over 100 years before the more authentic People Reform movements of the late 18thcentury, 1790s, who advocated votes for all men – when only 0.12% of land owning men had a vote. The 18thcentury saw the age of the great Enlightenment writers – yes the Pen is really mightier than the sword!
There were the great Revolutionary wars of America (1775 – 1783) and France. The British authorities were terrified these movements would develop here too – they did, but they were crushed forcibly by deportation. Robert Burns wrote the Tree of Liberty.  Britain did not give universal suffrage until 1928, long after America and France. The British establishment learned about crushing others after Culloden and destroying the Highland culture. 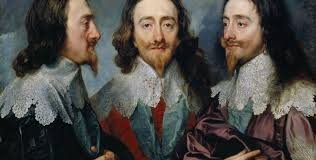 The British belief in elites endures to this day - in Scotland less so, although some buy into the lies. It strongly appears that England is on a difficult trajectory now to Scotland and has been for some time now and the strains and cracks are self–evident for all to see. No matter how often BoJo calls us the ‘Awesome Foursome’, his flattery words are meaningless.

Since the printing press, Scotland has been bombarded with unionist propaganda. The question must not be – how can I join the elite, but how can we stop the elite! I’ve wondered why Norway, when they voted for their indy were over 80% in favour? Nearly all of Norway saw no advantage to being run from Stockholm. Yet in Scotland we were only at 20%, now nearly 50% in favour of not having London politicians make our decisions for us. In part it’s a result of decades of Daily Mail and BBC propaganda; and the Jon Prebble books of Scottish victimhood. Plus Scottish history and heritage has been side-lined and ignored. 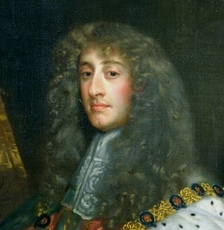 This week the UKs Supreme court made a historic decision, that PM Johnson's Prorogation of parliament was illegal. They based their decision on the Scottish Claim of Rights 1689 (an later the English Bill of Rights) to limit the power of the monarch. - based on the teaching of Philosopher George Buchanan.
How can we really expect and Eton educated Londoner to get Scotland, or to really understand or care for Scottish issues? He can appoint some posh secretary of state as his lackey here, but its all unsustainable. But its also a long waiting game and we need patience.

Thank goodness the Supreme court has defended the sovereignty of Parliament. (the BBC ignored Joanna Cherry and the Scottish case) focusing instead on Gina Miller’s case. Some Brexiteers claim that BoJo speaks for democracy and the people, and that he needs to By pass parliament... This is scary dictators talk!

In America there are 3 seats of power – the senate, congress, and the presidency – the rule of law and a free press. The UK has an early out-dated form off democracy and only granted universal suffrage in 1928. The UK requires and elected second chamber, an elected head of state. It also requires the law to defend a more balanced and locally owned press, and a balanced state broadcaster that is impartial.