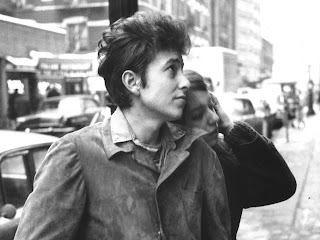 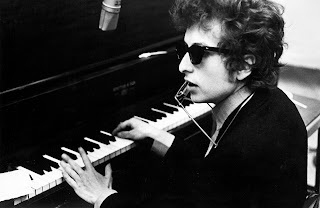 Dylan left Hibbing Minnesota for New York 1961. He played the coffee houses of Greenwich village and was signed to Columbus records.

Later that year he wrote some of his best loved songs.
Tambourine Man, Its all Over Now Baby Blue, Backpages, Don’t Think Twice, It Ain’t Me Babe.

'He experienced a dramatic expansion of consciousness'
He knew he’d tapped into something significant and the work was pouring out of him.  Eric Andersen

He took a 3 week tour coast to coast, in a blue ford station wagon. “Dylan in the back, typing incessantly at a portable typewriter, fuelled by Beaujolais, cigarettes, the odd benzamine and periodically m mailed to them at various stops along the way, let the word spill out, watching them dance in new and unexpected ways."

"The way in which fantastic musicians could reduce a song to three minutes and do it in a marvellously surreal way, that it had an arc to it – that’s the way I edit films. You learn the wonder of making up stuff as you go along. “ D.A, Pennebaker, documentary maker Dont Look Back.
He credits his love of jazz for his improvisational documentary techniques. “jazz is how I learned to edit film, cos I never went to film school."

He went electric with his band. He wanted the band sound to work naturally around the songs – that is Dylan played and sang and the musicians had to fit in and improvise, to expand the sound. 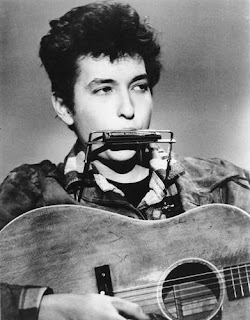 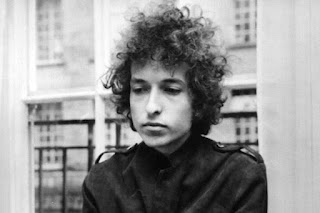 “It was the first time we heard his album Bringing it all Back Home, Bob put it on this rickety old record player and turned it up. He was obviously very happy. We were dancing around the room for the entire length of the first side and transported by the performances on Side Two."