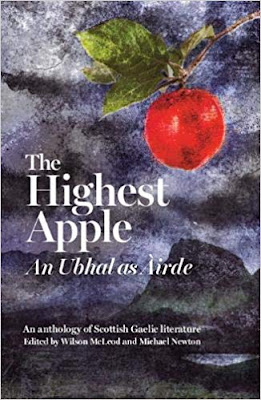 An Abhal as Airde

"The best apple will be on the higher bough."

An Anthology of Scottish Gaelic literature, 7th century  to present of
Saints, Scribes and Sea lords 600 - 1600

Professor Alan Raich of Glasgow University, highly recommends this book in the National newspaper. He writes this is the most important book of recent times.

And the adventures of warriors – such as Fionn mac Cumhaill, Alasdair mae Mhaighstir

And the Greatest Gaelic poems of the 1700s

Gaelic proverbs – “An end will l come to the world, but love and music will endure.”