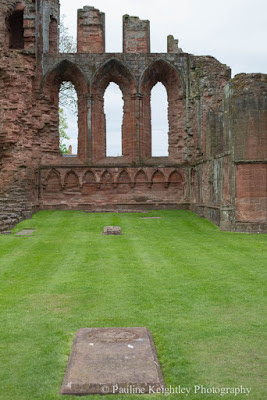 The auld song is still being sung

“”...for, as long as but a hundred of us remain alive, never will we on any conditions be brought under English rule. It is in truth not for glory, nor riches, nor honours that we are fighting, but for freedom – for that alone, which no honest man gives up but with life itself.”

The STONE OF DESTINY was returned. It may be, it just may be, that on Christmas Day 1950 four young people wrote a new verse to that old song. Whatever we did, the song is still being sung.'

On a drive up to Dundee I picked up a small book on Scots hero William Wallace.  Our national bard Robert Burns was inspired by Wallace and he visited the Leglan woods near Ayr where Wallace once hid. He later wrote his famous poem 'Scots Wa Hae wi Wallace bled' for all freedom fighters, after democracy reformer Thomas Muir of Huntershill was imprisoned

It is strange how one journey leads us on to another. There I was on the road to Arbroath abbey, which we found was an imposing, red sandstone building steeped in Scottish history and built by William I of Scotland in 1178. Here men spoke of their cherished freedom back in 1320,  and here Glasgow students in 1950 returned the Stone of Destiny, on which Scottish kings had been crowned for 450 years at Scone Abbey near Perth.

This was the place that the Arbroath Declaration of Independence was signed by lords, commons and the clergy of Scotland in 1320.  In it they had affirmed our right to be free to live our own lives in our own way.

The Stone of Destiny

In 1950 a group of Scottish students stole the Stone, led by Ian Hamilton. The Stone was returned to Edinburgh in 1997 with the setting up of the Scottish Parliament. Was this the real stone - the stone is a symbol of Scotland's long and unique history and identity.

There is a clip of Ian Hamilton who led the students at the Arbroath visitors centre, speaking of his quest to awaken Scotland from its long slumber, his voice chokes as he speaks..  “...for, as long as but a hundred of us remain alive, never will we on any conditions be brought under English rule. It is in truth not for glory, nor riches, nor honours that we are fighting, but for freedom – for that alone, which no honest man gives up but with life itself.”

I bought Hamilton's book THE STONE OF DESTINY, "On the morning of 11 April 1951, I left Glasgow with Bill Craig. At Stirling Bridge we thumbed a lift from a car driven by Councillor Gray, which contained the Stone of Destiny, now carefully repaired. At midday we carried it down the grass-floored nave of the abbey and left it at the high alter. It was a crucifixion.

“When we turned away and stood for a minute at the gate, and looked down the long nave flanked by the blood-red sandstone of the walls to the alter where the Stone lay under the blue and white of a Satire. I heard the voice of Scotland speak as clearly as it spoke in 1320. “

I continue my journey learning Scots history and considering it is so interesting, it’s a dreadful loss

that it practically died out in schools after the great war. Then we had to aspire to being second rate, when the Scots language was beaten out of us and learn English history - The Tudors, Wordsworth and Shakespeare etc. at Secondary school in Edinburgh. I was fortunate though that at my Primary school I had a Mr MacDonald from the Hebrides, a tall man who often wore a blue kilt, for my headmaster and we learnt a Burns poem every year and sang Burns songs with our school choir. I have such fond and vivid memoirs of this.  It is wonderful to note that today things have changed somewhat and Scottish school children do now learn about their own country's past.  (I hope!) 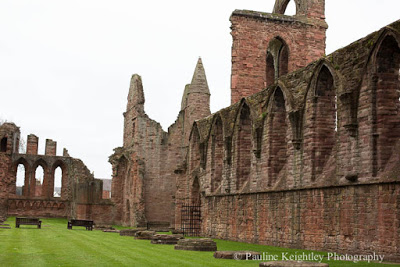 During Alexander II's reign things were stable in Scotland. He was married to the daughter of the English king and his daughter married the King of Norway. Sadly his two sons died and his daughter died too giving birth to a daughter (who later died). Storm clouds were brewing and Alexander had no heir. Disaster was predicted and when he suddenly died and the Scottish Wars of Independence began. There was no clear line of succession. When Edward Longshanks, the Hammer of the Scots, paraded north, he stole the Stone of Destiny from Perth and put it under a new Coronation throne in Westminster. Scottish kings had been crowned on the stone for 450 years.  After Robert the Bruce and the Battle of Bannockburn, Edward II agreed to return the stone to Scotland in 1328 – but did not.

"The symbol of her liberty had come back to Scotland, and we felt that some sort of rude ceremony was needed to mark the return of the Lia Fail to the custody of its own people.

We stopped and drew the coat back and exposed the Stone to the air of Scotland for the first time in 600 years. From the provision basket we produced the gill of whisky, and poured a libation over the stone's roughness. thus, quietly, with little fuss, with no army, with no burning of houses or killing people, and for the expenditure of less than £1000, we brought Scotland back the Stone of Destiny."

'When on 25 march 1707 James Ogilvie, Earl of Seafield, Chancellor of Scotland, signed the Act of Union, ending Scotland's ancient independence, and merging the two parliaments of Scotland and England into the United Kingdom Parliament, he threw down the quill with these words: 'Now there's the end of an auld sang.'

It may be, it just may be, that on Christmas Day 1950 four young people wrote a new verse to that old song. Whatever we did, the song is still being sung.' 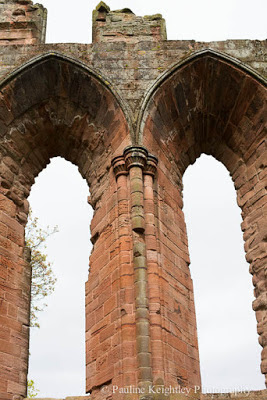