Walter Scott, wizard of the north 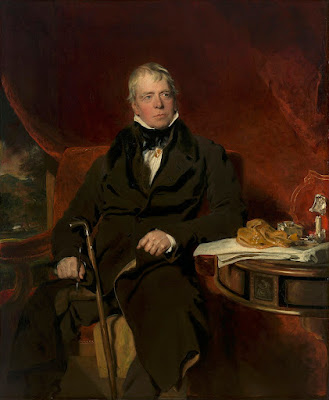 Walter Scott, (1771 – 1832), was a Scottish historical novelist, poet, playwright and historian. Many of his books are classics of European and Scottish literature. Walter Scott is greatly misrepresented today though and sometimes thought of as the planner of a tartan Edinburgh for George IV's visit to Leith, the first British monarch to visit Scotland for 200 years! Waverly station is named after Scott's hero. In his day late 1700s, Scott was widely read and one of the most famous authors. This year is the 250th anniversary his Scott’s birth. The Scott monument rises tall over Princes street gardens and Scott clearly had a huge influence on Scots culture and heritage. Yet how many of us today read his works?

At the age of 14, he met Robert Burns at an Edinburgh gathering and wrote about and was in awe of the genius poet: when he wrote, “[Burns’] person was strong and robust; his manners rustic, not clownish, a sort of dignified plainness and simplicity which received part of its effect perhaps from knowledge of his extraordinary talents….There was a strong expression of sense and shrewdness in all his lineaments; the eye alone, I think, indicated the poetical temperament. It was large and of a dark cast, and glowed (I say literally glowed) when he spoke with feeling or interest. I never saw such another eye in a human head, though I have seen the most distinguished men in my time…His conversation expressed perfect self-confidence without the slightest presumption. Among those who were the most learned of their time and country he expressed himself with perfect firmness, but without the least intrusive forwardness; and when he differed in opinion, he did not hesitate to express it firmly, yet at the same time with modesty.”

Scott had the good fortune to study moral philosophy and history, the former taught by Dugald Stewart and the latter by Alexander Fraser Tytler. Both these major figures of the Scottish Enlightenment had a huge influence on Scott, the former with his belief that moral philosophy should be the study of man in society while the latter preached an empirical approach to history.

Scott was internationally famous in his day

There are a great many views of the controversial novelist- He believed in the benefits of union, but he also believed in Scotland’s right to be a nation and fought for Scotland to keep its bank notes.

Scott is remembered today for his friendship with George III and for draping his visit by boat to Leith, in tartan 1822. Scott tried to straddle both camps – unionist and patriot and romantic Jacobite

– and in so doing alienated some Scots. But in his day he was much celebrated. He was fascinated by history. He recovered the Scottish crown jewels, now exhibited at the Edinburgh castle, which were discovered deep in the castle and had been hidden since the union.

The Scotland Scott represents in his work is very different to the one Burns wrote about. Burns walked in all parts of society. It seems to me it is Scott that has a Romanised view of what the union with England meant for Scotland, with only 3% of Landowning men having a vote.

Scott wrote on movements within culture and society at times of transition and seismic change.

Scott was intrigued by the way different stages of societal development can exist side by side in one country. In a discussion of his novels the poet Coleridge observed they derived 'long-sustained interest ' from 'the contest between the two great moving Principles of social Humanity—religious adherence to the Past and the Ancient, the Desire & the admiration of Permanence, on the one hand; and the Passion for increase of Knowledge, for Truth as the offspring of Reason, in short, the mighty Instincts of Progression and Free-agency, on the other'.

**His best known Poems by Scott’s include –

The American song for the President, “Hail to the Chief” was taken from Scott’s narrative poem Lady of the Lake.

As well a historical novels, he wrote reviews, the Life of Napoleon Bonaparte, Tales of a Grandfather. He was a member of the Society of Antiquaries, Fellowship of Royal Society Edina, Edinburgh Speculative Society.

Historical context: Scotland joined the incorporating union in 1707, Jacobites defeated 1745, Highland repression and clearances and calls of reform, when only 3% of landowning men had a vote. Battle of Waterloo, economic collapse. Radical war 1820, radical road Edinburgh.

In his later years he built Abbotsford near Melrose. Abbotsford is a House of history, with 1400 acres, 4k trees, He was also a lawyer and evolutionist and was part of the Tory establishment. Advocate 1792, then sheriff deputy of Selkirkshire and later clerk of the court sessions. His face continues to be on Scottish banknotes today.

Scott wrote “When we had a king and a chancellor and parliament – men o our ain, we could aye peeble them wi stanes when they wean gude bairns, but naebody’s nails can reach the length o Lunnon.”

Scott was by far the most popular poet and novelist of his time. 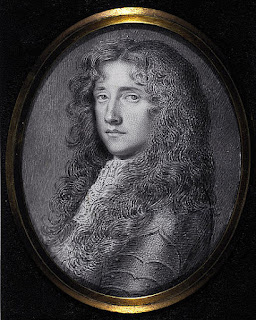 ' Bonnie Dundee is the title of a poem and a song written by Walter Scott in 1825 in honour of John Graham, 7t Laird of Claverhouse, who was created 1st Viscount Dundee in November 1688, then in 1689 led a Jacobite rising in which he died, becoming a Jacobite hero. The older tune Bonny Dundee adapted by Scott had already been used for several songs appearing under variations of that title and referring to the bonnie town of Dundee rather than to Claverhouse. Scott's song has been used as a regimental march by several Scottish regiments in the British army.

For the love of the bonnet of Bonny Dundee."

The Gordon demands of him which way he goes?

"Where'er shall direct me the shade of Montrose!

Your Grace in short space shall hear tidings of me,

Or that low lies the bonnet of Bonny Dundee.

"There are hills beyond Pentland and lands beyond Forth,

If there's lords in the Lowlands, there's chiefs in the North;

Will cry hoigh! for the bonnet of Bonny Dundee.

There's steel in the scabbard that dangles beside;

The brass shall be burnished, the steel shall flash free,

At the toss of the bonnet of Bonny Dundee.

"Away to the hills, to the caves, to the rocks

Ere I own an usurper, I'll couch with the fox;

And tremble, false Whigs, in the midst of your glee,

You have not seen the last of my bonnet and me!"

He waved his proud hand, the trumpets were blown,

The kettle-drums clashed and the horsemen rode on,

Died away the wild war-notes of Bonny Dundee.

Come saddle the horses, and call up the men,

Come open your gates, and let me gae free,

For it's up with the bonnets of Bonny Dundee!

Crucial to Scott's historical thinking is the concept that very different societies can be observed moving through the same stages as they develop, and also that humanity is basically unchanging, or as he puts it in the first chapter of Waverley that there are 'passions common to men in all stages of society, and which have alike agitated the human heart, whether it throbbed under the steel corslet of the fifteenth century, the brocaded coat of the eighteenth, or the blue frock and white dimity waistcoat of the present day'. It was one of Scott's main achievements to give lively and detailed pictures of different stages of Scottish, British, and European society while making it clear that for all the differences in the forms they took the human passions were the same as those of his own age. His readers could therefore appreciate the depiction of an unfamiliar society while having no difficulty in relating to the characters.