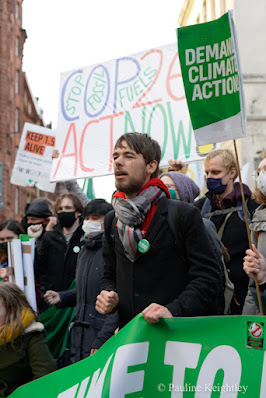 The Real Voices for Climate Justice speak out! - Scotland’s motto is “Bairns not Bombs”

Over 100K, by far the biggest march during COP26 in Glasgow, took place Saturday 6th November 2021, as part of the Global day of Action for climate change. If the diversity, enthusiasm, belief and energy of those marching, and chanting for change to insistent drum beats could be bottled we’d have change immediately! 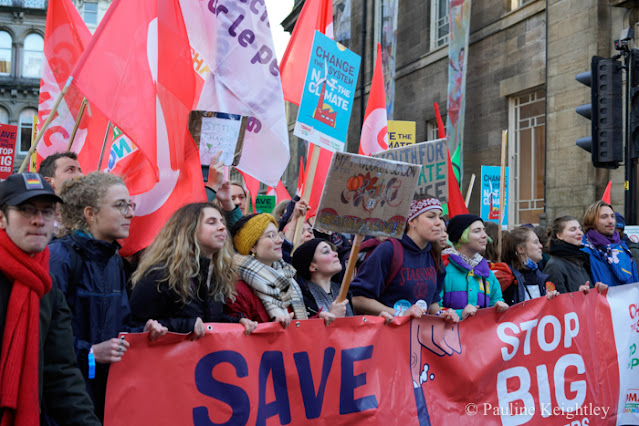 The march was good natured and fun with people of all ages and from all corners of the world who want their voices heard! They marched morally for a just transition. Many different activist groups took part – indigenous peoples group, Scottish green party, All Under One Banner (AUOB) for Scottish Independence, for a greener, sustainable, inclusive, well being Scotland free of nuclear weapons. And many more besides.

It seems that world leaders and democracy is failing us. Some might ask how urgent is the climate crisis, our planet now faces? We only have to look at the images of grey, dead coral reefs (once multi-vibrant colours), ice caps melting, violent storms and floods – to see we are reaping the devastating aftermath of careless Global “growth”

There are many voices calling for action now – later will be too late, telling us we have no time to loose now. Vague promises are of no use anymore. I see my grandchildren’s faces and I hope there is a future for them. 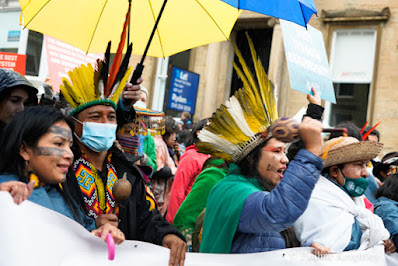 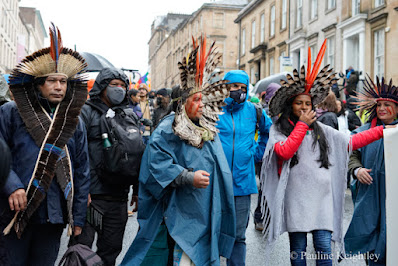 How ironic that the UKs Trident nuclear subs are housed just up the road at Faslane naval base and peace camp. Scotland’s motto is Bairns not Bombs and we don’t want to store these disastrous weapons near our largest city.

A majority of Scots don’t want Trident in our waters, we don’t want Brexit, we want fairer welfare and pensions, investment in renewables and we don’t want a Tory government. So why do Scots have to be the caterers and not have a seat at the table of the Climate Conference? Why are Scots alone in not wanting independence? Scots my once have been the engine of an empire but now we’re not even partners.

Many now believe climate is the top of the agenda and cannot be ignored. its complex too. There are several issues to address - Biodiversity, forests, energy supplies, the oceans, reducing meat, using local, transport, and giving back to indigenous peoples. The Covid pandemic showed us that the world can act when it decides to – with all nations putting money into their pots to deal with the crisis. People are now not asking, but demanding change. 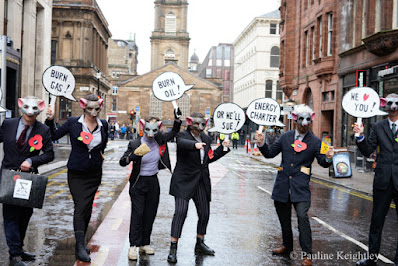 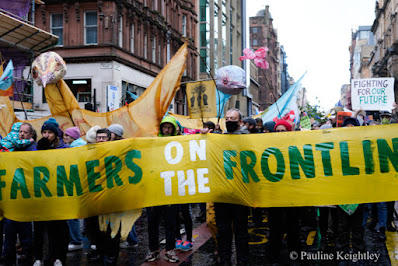 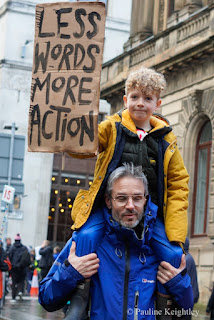 We must address our own actions, science and the land and oceans.

The question is how do we change?

And the indigenous peoples of the world, cannot be ignored. In the developing nations morally we know greed is a sin and we need to give back to save our planet. There is many lands under threat because of the industries of the developed world. Time to pay back. 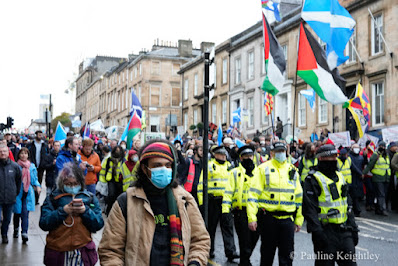 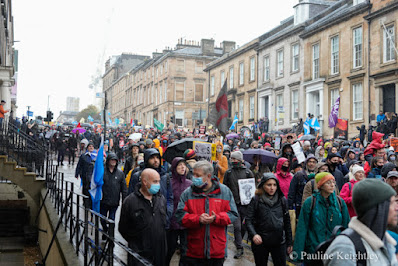 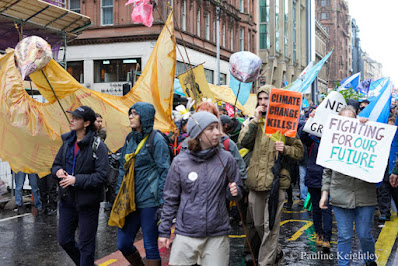 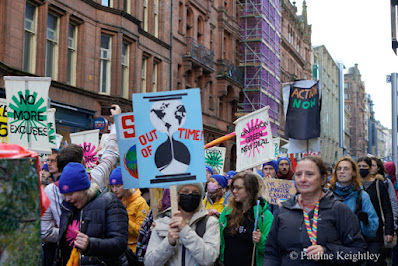 Do we fight Big Business. Democracy is failing us…One way is for our politicians to stop fooling us and to stop talking about this growth.

Instead we need cleaner air, better quality of life. After this moving Glasgow march for social justice and part of the Day for Action to save our planet, on the train I passed the pristine white village of the COP26 climate conference, where the world leaders were in a ring of steel. And I thought our only hope is for People Assemblies for change, made up of civic groups, academics, scientists and the professionals – who can see the answers and understand the urgency. 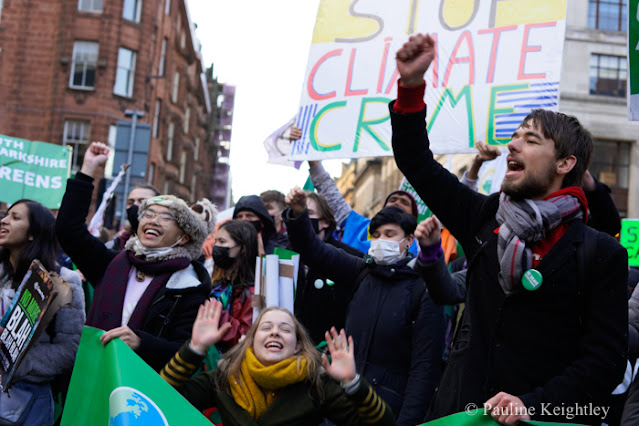 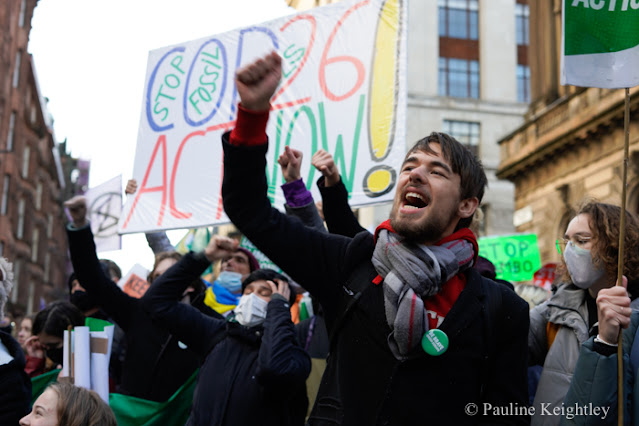