Those Blues Lines of The Rolling Stones 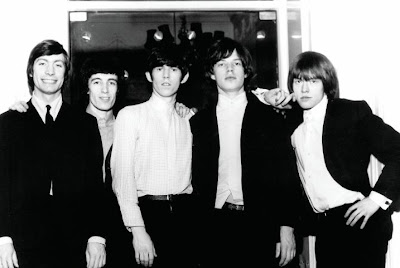 Those strong R & B signature guitar lines were so danceable, the rhythms and weaving guitars that were the basis for their music. The Stones were the first, biggest and the 'bad boys sexually charged' rock band.
Brian Jones. It was Jones who started the band and gave it their name and more than that their 'electric blues' sound. He realised that the niche market for R & B could be taken to a mainstream audience. The lost boy, never satisfied and sadly he became the first of the '27 Club'. He was the UK's first slide guitarist and one of the best blues guitarists in London at that time. Before he left his hometown, Jones said - 'I'm gonna move to London, start a band and I'm going to become rich and famous.'

Every time 'Brown Sugar' played at student parties, people took to the dance floor and the track never failed to get everyone on their feet. Mick Jagger is rarely still on stage - so does their music reflect his dancing or vice versa!  The French students that were in abundance In Princes street gardens Edinburgh over the summer months in the city also loved the Stones. Former school mates Jagger and Keith Richards became the main songwriting team in the band. At the start the band was led by Brian Jones, known for his mop top long blond fringe and cool demeanour( he was the hip mod), and they played mostly cover songs, that had been selected by Jones - such as Little Red Rooster. I started this blog a month ago as The Stones were another huge influence on my musical tastes. The past week I noticed coincidentally that it is The Stones 50th anniversary. I think I'm getting psychic over music now! 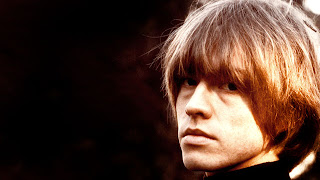 Brian Jones, The Stones 1962- 69. There is a very good article on Brian Jones, founder of The Rolling Stones in Mojo - the band were initially called the 'Brian Jones Blues band.'  He started the Stones sound and then was sadly sidelined, perhaps due to his own personal difficulties - drugs, abusing women and paying himself more than the rest of the band, not always the best idea.  He brought the tunes of Robert Johnston, Elmore Jones, Muddy Waters, and leading British bluesman Cyril Davies. Jones unlocked the blues secrets for Richards, taught Jagger the first rules of showmanship and brought invention and flamboyance to the band's extraordinary run of 60s singles. Try 'Singles Collection: The London Years.'

While Jones' main instruments were the guitar and the harmonica, he was also a talented  multi-instrumentalist. Since his school days he had a focused interest in the music of skiffle, trad jazz, modern jazz and  the blues.  He started out playing jazz with local bands and later became Britain's first slide guitarist. Jones studied American blues music and was influenced by bluesman Cyril Davies, who was himself a devotee of Leadbelly's. Davies was perhaps the best player on the British trad and folk blues scene and his playing matched the intensity of the Chicago originals. Brian was influenced by Elmore Jones open D tuning on guitar and also by bluesman at the crossorads Robert Johnston. Then the New Orleans styled jazz and blues band of Chris Barber and Alexis Korner came to Cheltenham (Barber introduced Europe to the music of Big Bill Broonzy, Sister Rosetta Tharpe and Muddy Waters).

Jones moved to London to continue working on his music. There the opening of the damp basement 'Ealing Club' became a defining place as the cradle of British rock, from The Stones to Led Zepplin.
Mick Jagger, Keith Richards and Dick Taylor were the first recruits for the 'Brian Jones Blues band'.  When they got a BBC session Brian supplied the new name - the 'Rollin Stones' which was the title of a Muddy Waters song. They started playing at the London's Marquee club and Charlie Watts joined as the drummer. Glyn Jones, their first producer recalled, 'Brian was very much the leader, he was quite specific about what they wanted.. He had a complete grip on everything.' Another producer Eddie Kramer said, 'Brian was the most musically gifted. his sense of tone colour was magnificent, he always thought out of the box. ..the marimbas on Under My Thumb. I can still remember being amazed when he brought out the recorder for Ruby Tuesday.' 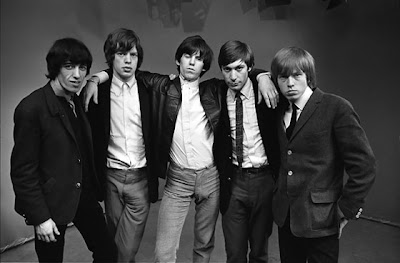 Jones sadly was the Stone unable to gain satisfaction in life, pun intended! whether it was with drugs or fast living. The lost boy, never satisfied. Bill Wyman remembers Jones as a visionary who could not deal with the Jagger-Oldham-Richards trio and he left it too late to fight back. However there were other issues too. Jones didn't view himself as a team player, he kept to himself on tour and paid himself more than the other band members. He was asked to leave in the band in June and died a month later in July 1969. Original Stones bassist Wyman stated about Jones, "...he formed the band. He chose the members. He named the band. He chose the music we played. He got us gigs. Very influential, very important, and then slowly lost it - highly intelligent - and just kind of wasted it and blew it all away." Jones had close relationships and was respected by other well known artists of the time - Dylan, Harrison, McCartney, Townsend, Hendrix and more.  These were simpler times - no internet, or online scrutiny - simply the touring. The youth culture had exploded with the baby boomers after the war.  Basically Jones saw that mixing the new and the old brought something exciting and fresh. 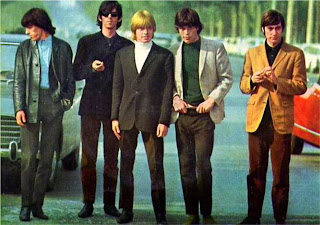 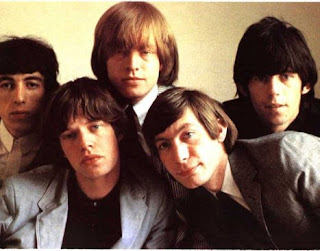 The success of the Rolling Stones led to more popularity for blues music and musicians such as Muddy Waters who wrote 'Rollin Stone' the song the band drew its name from.  While they are best known for their No 1 rock and roll dance tracks (Brown Sugar, Lets' Spend the night Together, Satisfaction, Paint It Black, Little Red Rooster, Gimme Shelter, Jumpin Jack Flash, Get Off My Cloud, Honky Tonk Woman), they also played some unforgettable slow songs (Ruby Tuesday, As Tears Go By,The Last Time, It’s All Over Now)  Top Albums – Let It Bleed, Sticky Fingers, Aftermath.  A band for the road, The Rolling Stones have probably spent more time on stage, performed more dates, been to more cities and rocked more crowds than any other band. Ever.
The Stones have had a prolific and long career and one of the longest of any rock band.  Also a prolific out put of recorded music and live albums - 29 studio albums, 12 live albums, and 107 singles.

Footnote :  I took a listen to my favourite Stones tracks -  Let It Bleed(69), Out Of Time (66), Under my Thumb (69), Time Is On my Side (69 ) Rugby Tuesday (66),.Play With Fire (65), The Last Time (65)
The song Rugby Tuesday, such a classic -. Marianne Faithful recalled that  Brian Jones presented an early version of this melody to the rest of the Rolling Stones. According to Victor Bockris, Richards came up with the basic track and the words and finished the song with Jones in the studio.  I began to think Jones was the inspiration but that Richards and Jagger took it on to write future songs and that much of the Stones best material was done while Jones was still playing with the band he created. 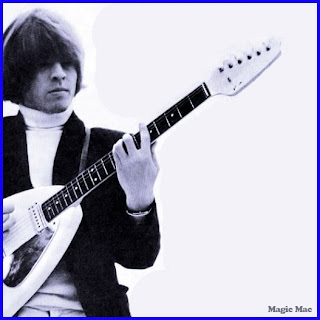 The Rolling Stones 'endurance and relevance' ( Quote critic and musicologist Robert Palmer) is due to the band being 'rooted in traditional verities, in rhythm-and-blues and soul music' while 'more ephemeral pop fashions have come and gone.' Though R & B and blues cover songs dominated the Stones early material their repertoire has always included rock and roll.  (References from Mojo August 2012)