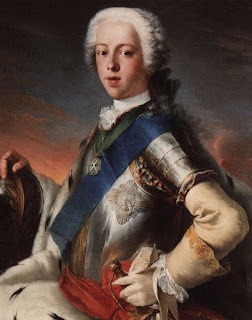 I was reading of our history over the past centuries – of our close ties, trade and involvement with Europe – well before the EU and well before the1603 Union of the Crowns.
If you read the monarchy entanglement over that century and into the 18th century, what a tangled web of intrigue, plotting, alliances, religion, war, deceit, royal marriage There were Roundheads and Cavaliers, Cromwell, 11 years of revolution and over thrown monarchy, Charles I executed, Bonnie Dundee, Jacobites challenges.

Most histories are written by the victor and this is far crazier than any Game of Thrones!
Basically(?)  William and Mary, and later Queen Ann (who were daughters of James VII first marriage) had no surviving children, and to have a Protestant monarch, the English parliament sent for George of Hanover (1714) – a descendent of James VI’s daughter). This meant the Stuarts (who had ruled in Scotland for 300 years) and that King James VII was the last Catholic monarch.
The wars were over religion and power in Europe. There was the alliance of the Dutch and English navys. Bonnie Prince Charlie held court in Holyrood for a brief moment in September 1745. Its’ a tragic story. The Jacobites made it down to Derby, but turned back and were defeated at Culloden. 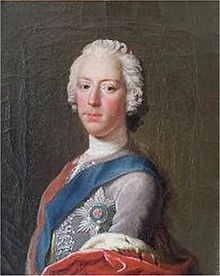 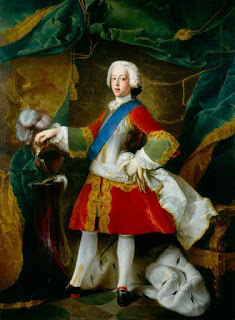 Back in 18th century the British Establishment committed terrible crimes to protect their selfish interests – such as the massacre of Glencoe, repression of highland culture – the wearing of highland dress was forbidden punishable by imprisonment or transportation.
Then bizarrely in 1844 George IV came up to Edinburgh in a shot kilt and pink stockings! –first monarch to visit in 150 years -  and they would now ‘allow’ the kilt to be worn. It was an insult.

Charles I was the second son of James VI. His son was Charles II.  James VII Scotland and II of England was the last Catholic king of England, Scotland and Ireland. He took over the throne after the death of his brother Charles II. He ruled for 4 years and was over thrown in the Glorious revolution of 1688 when he fled to France. He was replaced by his Protestant daughter Mary and her husband William of Orange.
James attempted to reclaim his crown in 1689 when he landed in Ireland. The Jacobite forces were defeated by the Williamites at the Battle of the Boyne in July 1690.

At the time of Union of the Parliaments in 1707, only about 5% of the Scottish population had a vote. It may have been a kind of union, as back then Scotland had a third of the UK population ! Since then the depopulation and wastage of Scotland resources means Scotland now has 8% of the UK population. Scotland is now a colony ruled from London (even though they have allowed use limited power Scottish parliament)