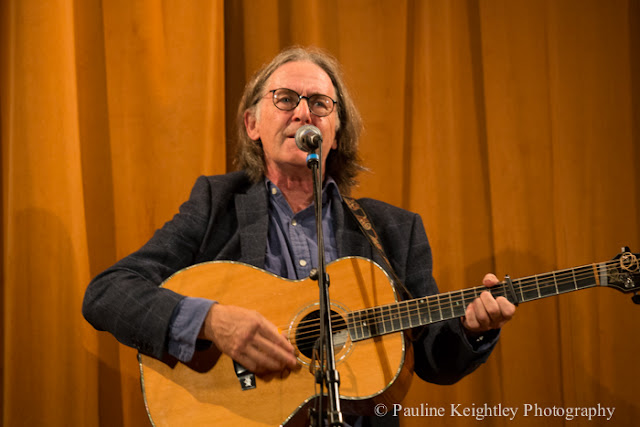 ‘Dougie captured the mood with his embracing warm and spiritual voice’

He has become something of a legend for many in Scotland and his songs have deep connections to the land. Dougie grew up in Perthshire where he now runs the MacLean Perthshire Amber festival – his grandfather was a shepherd and his father a gardener. Both his parents taught him the love of music – his mother played melodeon and his father fiddle. His family came from Mull, where they were crofters. Dougie now runs the old school both he and is father attended, as his studio. 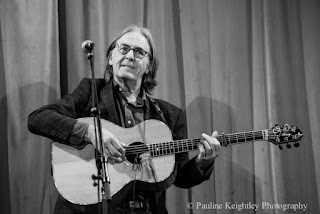 For his first set he sang songs from his new album, 'New Tomorrow’ along with older favourites -
‘Shadow of the Mountain’, ‘Talking with my Father’ when he spoke of his father walking over the moors to school. He spoke of his travels to gig at many far flung places. He sang of the ‘Singing Land’ (Shine on Your Singing Tree), 'Holding On', 'Feel So Near', and 'Holding Back'.


And a moving song too to his grandson ‘New Tomorrow’ with the words – If time will be our friend / I’ll help you to defend/ Your new tomorrows. If fear should enter in /You’ll find me hiding in the wings / Ever near you. 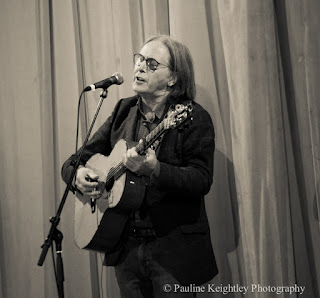 He sang ‘Broken Wings’ at the start of his second set and ‘Child of this Place.'  We all sang along to - Will you Catch me if I’m Falling ‘On This Wild and Windy Night’, Dougie enthusiastically encourages his audience to sing his choruses.His songs are often poignant and tender. And we sang his well loved 'Caledonia’, and ‘She Loves me when I’m Gone’.


His Encore song was ‘This Love will Carry me.' 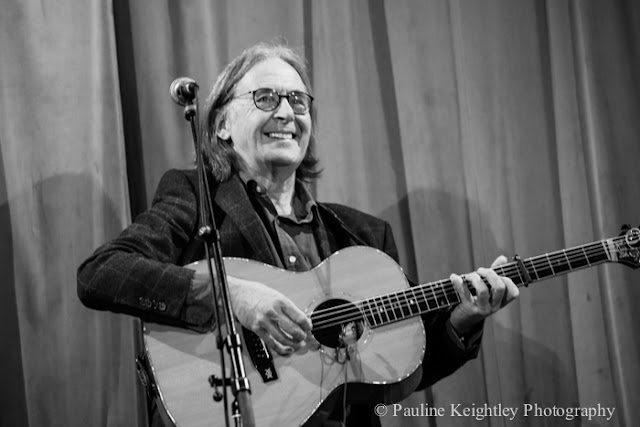 His ’Caledonia’ has become part of Scottish culture – and is sung at weddings, major events and played at the Edinburgh Tattoo. He wrote this song while on a French beach and thinking of his Scottish homeland. He is also a passionate supporter of freedom for Scotland. One fan spoke of the emotions at Stirling castle Hogmanay event a few years ago when Dougie played Caledonia at the new year and hoped that Westminster might hear the singing! 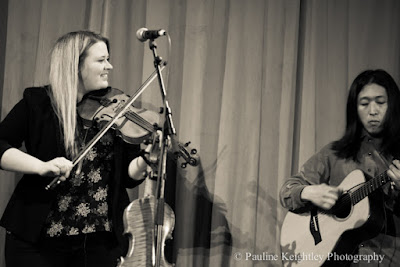 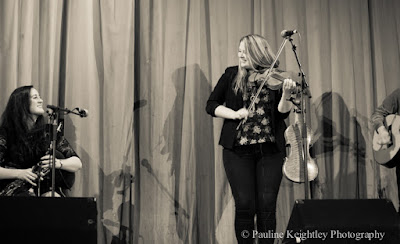 *He was ably supported by the award-winning and talented Friel Sisters – whose roots are in Ireland’s Donegal. They included a quality guitarist from Japan. 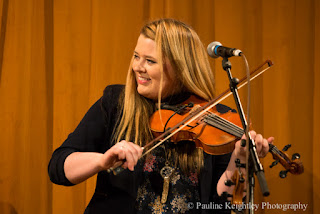 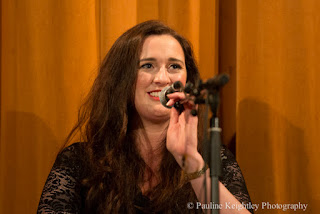