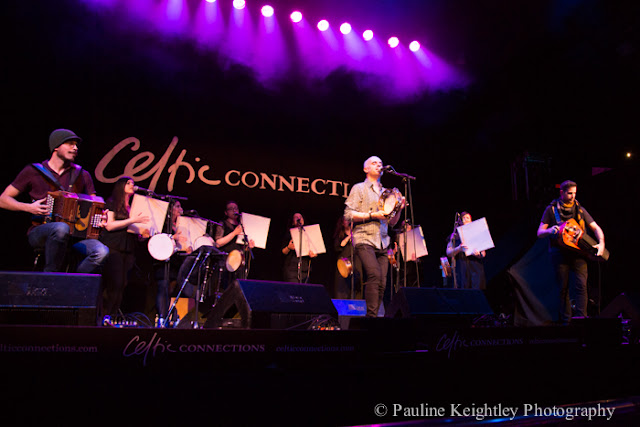 These bands lit up the warm fires of live music!
Tonight at the wonderful Old Fruitmarket venue, we were treated to an international line up of award-winning Celtic musicians. They played the Celtic musical traditions of Galicia, the French Canadian Arcadia islands and rich contemporary Scots Celtic. 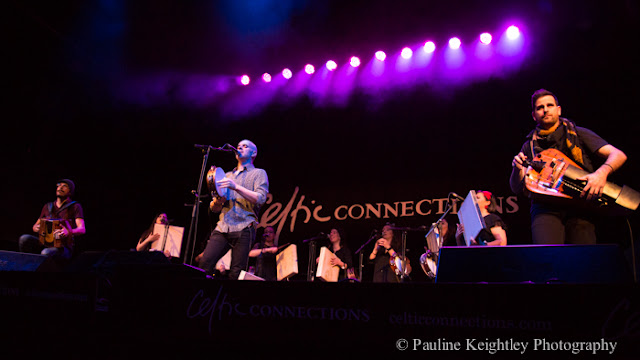 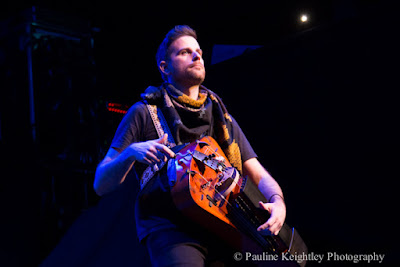 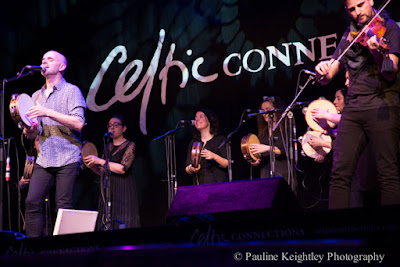 Xabier Diaz  Galician folk musician Xabier Diaz performed a colourful set along with the exuberant female voices of JNoró  Adufeiras de Salitre- who sang indigenous language songs and played their traditional percussion on spoons, tambourines, boards. They sing from deeper so their sound goes further. Also performing were the Alvarez brothers, Gutler (hurdy-gurdy) and Javier (diatonic accordion). Diaz mixes the traditions with modern innovations. Their music evokes the rich cultural threads of the Spanish peninsula (given autonomy in 1988).

Musician and composer Xabier Díaz (Berrogüetto, aCadaCanto), is a major voice in the trad-galego scene. He is also as collector of Galician folklore. Their first album, The Tambourine Man (Músicas de Salitre, 2015), has reinterpretations of traditional Galician music and an avant-garde approach with a tribute to the simple sound of traditional percussion. In 2018 they released Noró (Músicas de Salitre, a “declaration of love to the North” in other 13 songs with voice and percussion.  Website: http://www.galiciantunes.com/news/1184 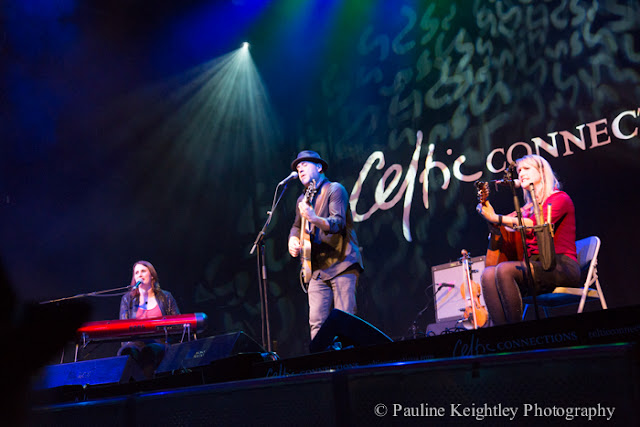 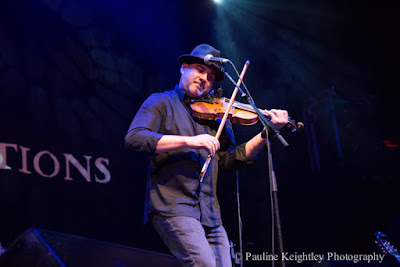 French Canadian multi-instrumentalists, Vishten hail from Prince Edwards island, and they performed a warm set of reds and oranges with a faster style of Cajun music. They play traditional Acadian music along with contemporary vibes and rousing songs. The trio consists of Emmanuelle and Pastelle LeBlanc and Pascal Miousse. They performed on fiddle, guitar, accordion, octave mandolin, whistles, piano, bodhrán, jaw harp and foot-percussion, They said it was hard to find joyous archive songs, but they managed it with the song Miracles. They have a new album called Horizons.  Web - http://vishten.net/biography/ 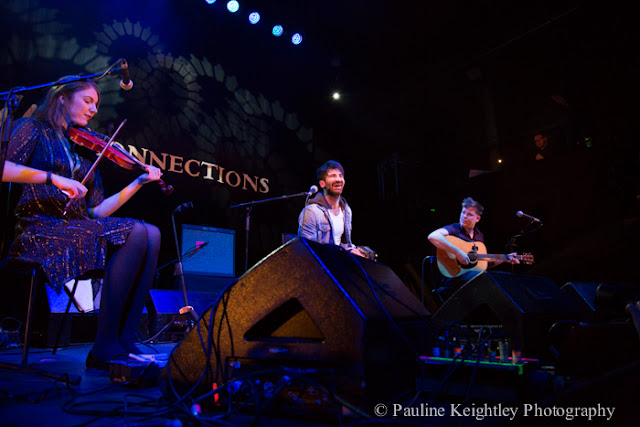 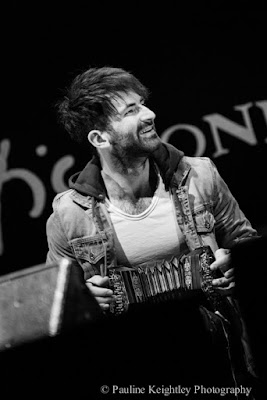 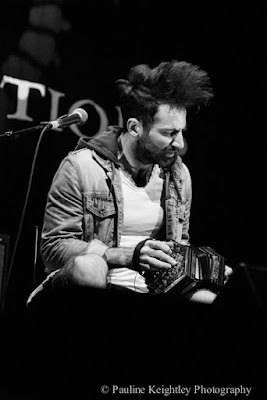 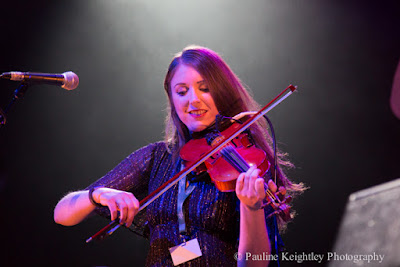 Award winners Taliskburst their sound on stage with fiddle, accordion and guitar. The band are led by concertina dynamo Mohson Amini, who Is one of the most physical and full on energetic players, ever!  Alongside the talents of fiddler Hayley Keenan and guitarist Graeme Armstrong. They played a set of dynamic, expressive and challenging tunes. The band have received excellent reviews for new album Beyond, in which they mix innovative electronic sounds.  Web - http://www.talisk.co.uk/

Encouraging to hear the music traditions kept alive and relevant with modern innovations and creativity. A highly entertaining evening of enriching live music.