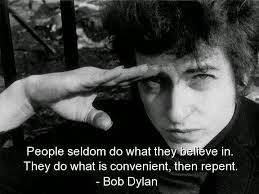 Dylan wrote on political issues - but he fled from being tied to any one ideology or to men in suits and straight jackets.  He went straight to the heart of things, never skirting around the edges or pretending.  He looked at things from all the angles - he questioned and illuminated weakness, falseness, beauty and all the shades of grey,
He wrote songs that have had the most impact on issues such as those who peddling war - most remarkably in "Masters of War"
"Let me ask you one question
Is your money that good
Will it buy you forgiveness
Do you think that it could
I think you will find
When your death takes its toll
All the money you made
Will never buy back your soul."
He wrote songs such as "You Gotta Serve Someone" which looks so cleverly and insightfully at what motivates us most.
When I feel have questions and I feel confused over ignorance, I turn to Dylan's true, honest and questioning voice... His songs are A great reassurance in an often highly confusing world - and the knowing there are poetic voices of truth out there - even when the truth may not be what we might want to hear.
Quote Dylan, "There's no black and white, left and right to me anymore; there's only up and down and down is very close to the ground. And I'm trying to go up without thinking about anything trivial such as politics. They has got nothing to do with it. I'm thinking about the general people and when they get hurt." 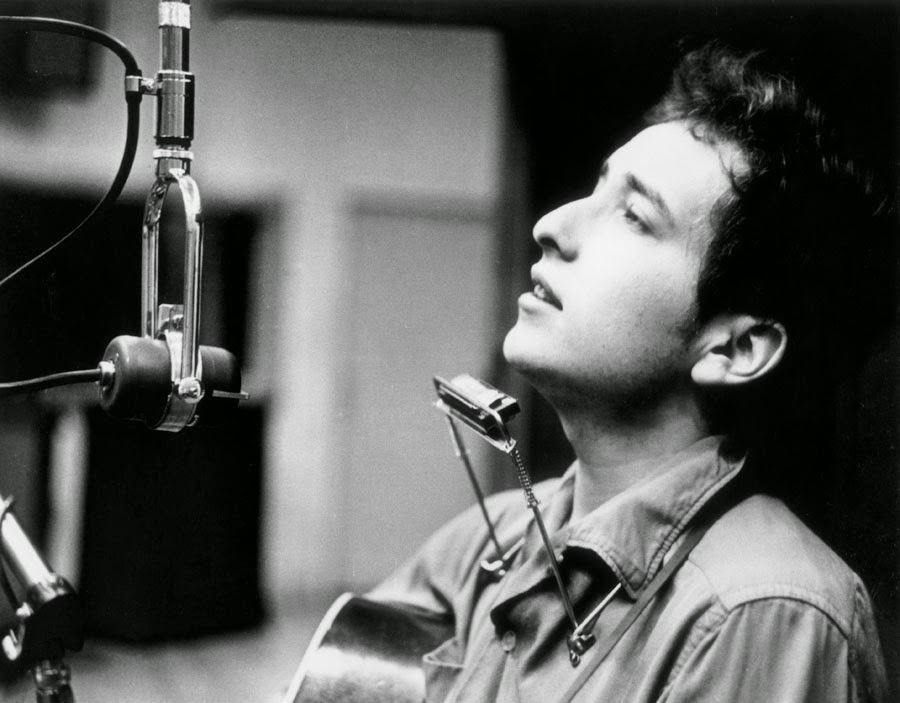 I read these notes he wrote for Broadside 1962 - and this is it for me too - about those who see wrong but walk on by.
"Too many people are telling me where the answer is, but oh, I dont believe that. I still say its in the wind and just like a restless piece of paper , its got to come down some time, But the only trouble is that no one picks up the answer when it comes down so not many people get to see and know it.. and then it flies away again, I still say that some of the biggest criminals are those who turn their heads away when they see wrong and know its wrong.............."

It is all about spin when there is no vision or passions, that's what worries me the most...about centralizing power and in so doing restricting our basic human rights and freedoms, its very very scary. We have a system in place with no checks and balances to the power of the 'Crown' that resides with our prime minister.

Quote Dylan, "People seldom do what they believe in. They do what is convenient and then repent... "