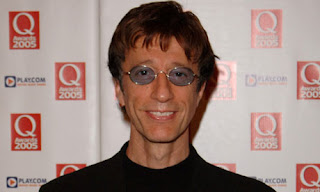 The Enduring Songs of the Bee Gees

For a while ‘disco’ went out of fashion and so did the Bee Gees songs. They drew a lot of attention for their songs for the cult movie Saturday Night Fever in 1977 (Night Fever, More Than A Woman, Jive Talking, You Should be Dancing) and also for the movie Staying Alive in 1983.

But the caricature of Travolta in his white suit, while successful did little for the Bee Gees image, as Disco fever became passé with the advent of punk.
And so the Bee Gees began writing songs for other artists – the incredible ‘Islands in the Stream’ was covered by Dolly Parton and Kenny Rodgers. Yet check the BeeGees own version which I much prefer.

I first heard the Bee Gees songs when Massachusetts, How Deep is Your Love, Gotta Get a Message To You were played at the end of Disco dance nights and I thought the close harmonies and powerful emotions of the songs really stood out.

If you check their back catalogue they have written so many unforgettable songs. Recently on YouTube I discovered some amazing clips from a concert the Bee Gees did in Las Vegas in 1997.

Just two weeks back I found this song they wrote for Celine Dion ‘Immortality’, yet again I thought wow.

They always knew the heart of the song, and they never over sang or over played their songs. Robin Gibb sang  Massachusetts and he had an awesome falsetto voice. He was such a great and unassuming talent.

The Bee Gees have sold in excess of 200 million records worldwide. At least 2,500 artists have recorded their songs. Their most popular composition is "How Deep Is Your Love", with 400 versions by other artists in existence.
Among the artists who have covered their songs are Ardijah, Michael Bolton, Boyzone, Eric Clapton, Billy Corgan, Destiny's Child, Faith No More, Feist, The Flaming Lips, Al Green, Jinusean, Elton John, Tom Jones, Janis Joplin, Lulu, Elvis Presley, Nina Simone, Percy Sledge, Robert Smith, Take That, and John Frusciante. The band's music has also been sampled by dozens of hip hop artists.