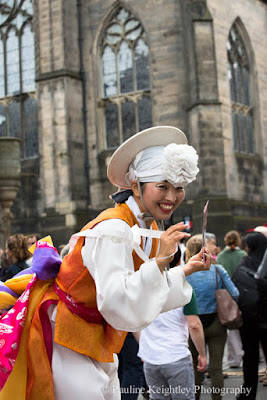 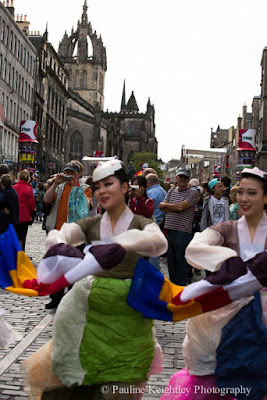 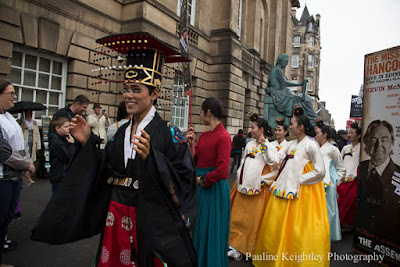 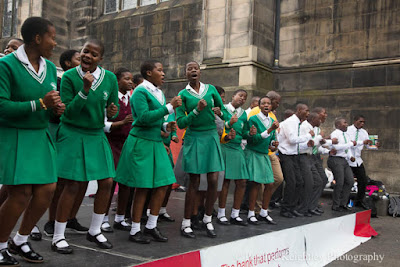 Last year Robin Williams died during the start of EF. Williams suffered  from severe depression and he committed suicide. He was one of the most respected actors and it was felt as a sad loss. This year at EF themes of depressions were explored by several shows. I have read that isolation in today's society leads to depressions also.

**I am on the train, it’s August again and I’m off to Edinburgh festival. Another year gone. It’s been hectic.  It is a balmy hot day which is good – perhaps we’ll have a late summer? There’s a beautiful still fluffy blue reflection on the lake as we head over. I browse through the festival literature.

EIF is such a carnival of the extremes – from the sublime to the ridiculous, the daring to the intellectual; great thinkers to the clowns. It provides a platform for new creatives; brings together the great and the good and encourages collaborations.

Does it all matter? What does culture and the arts mean for societies? A great big fat and resonating yes. 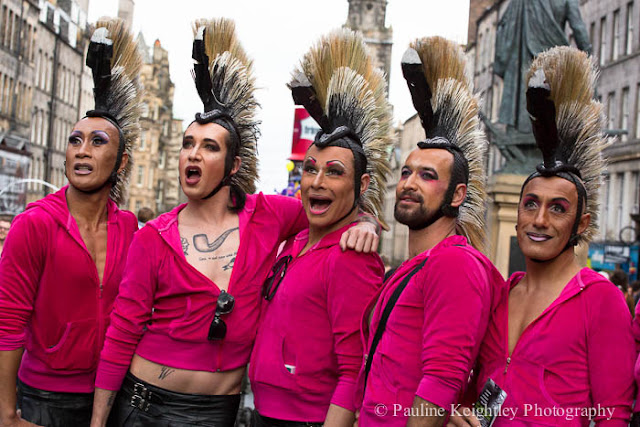 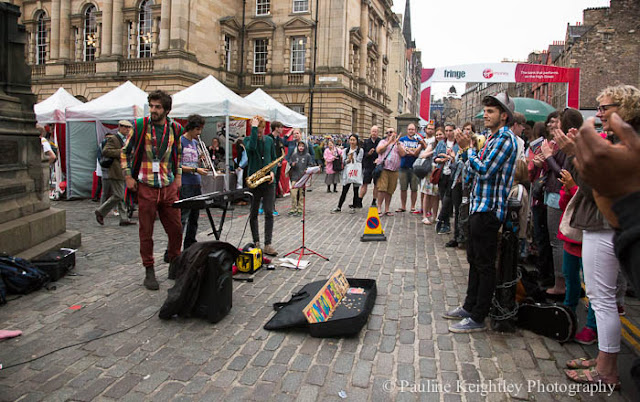 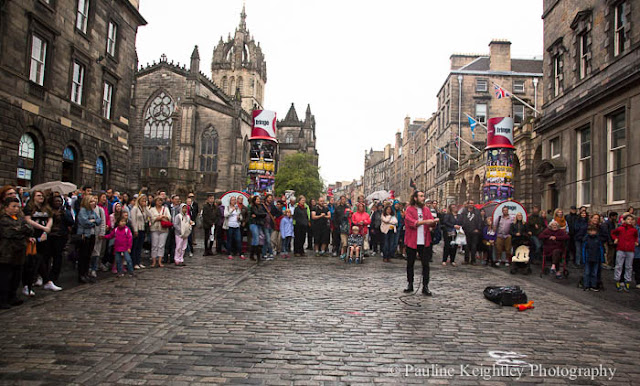 At EIBF; Edinburgh International book festival 2015
‘Around the world’ brochure and Trading Stories. ‘We would be a much poorer culture had those wayfarers not persisted in gazing beyond the next horizon.’ 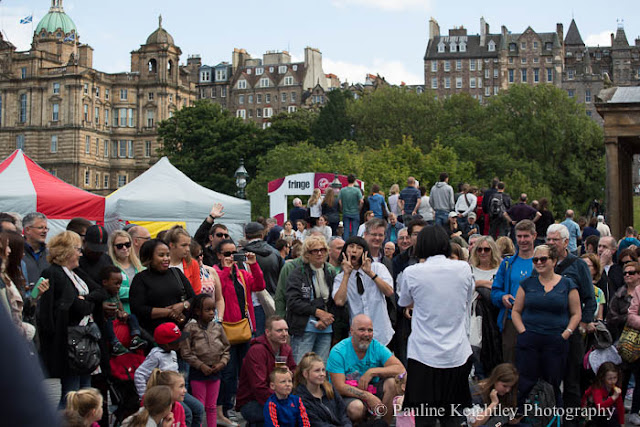 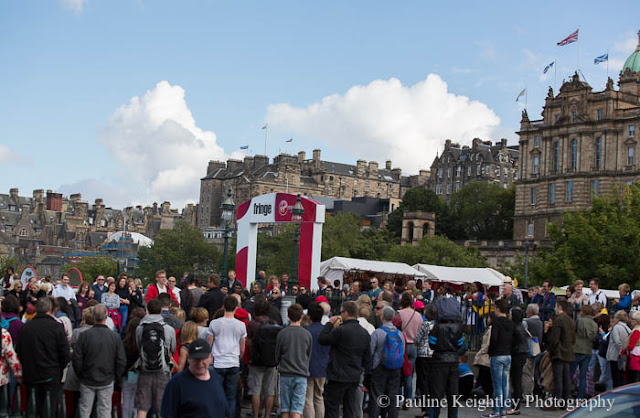 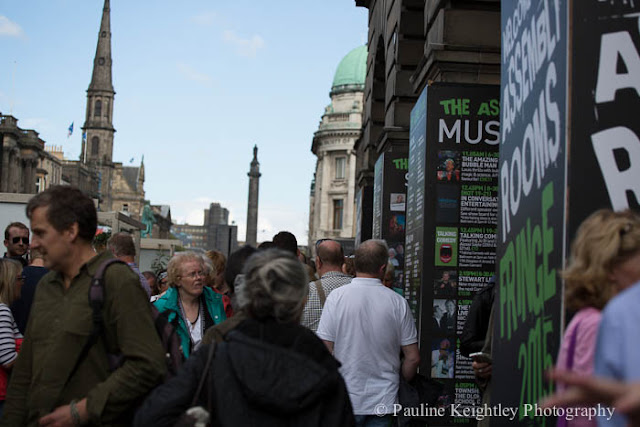 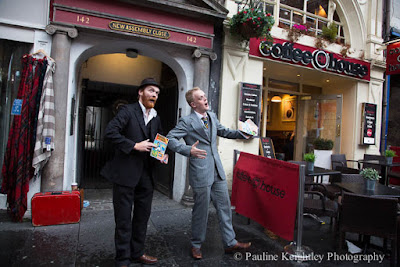 The centre for the festival action is the Royal mile that leads from the Edinburgh castle to Holyrood (crag and tail volcanic formation). Here you can see performers from many of the fringe shows. It can be quite manic!! Mind you if you enjoy crowds it is great fun. Take change to give the performers something for their efforts. This year I saw some rather gay Australians in Mohawk headdresses; a South African high school choir; Korean dancers; more.... I have only a limited time on the high street. 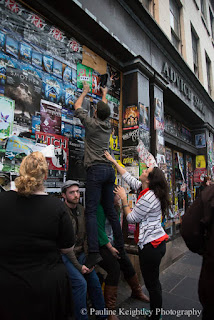 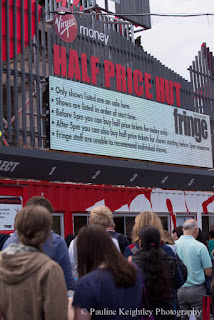