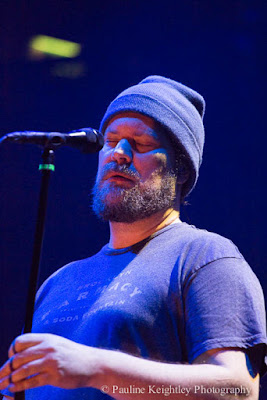 He also sang earlier material such as his song Pale Green Ghosts, and I particularly enjoyed his hit song Glacier when his sang in a slow loud note,  'This PAIN... and 'Don't become paralysed with fear.'  He sang, 'Happy 65% of the time' in his GMF song. 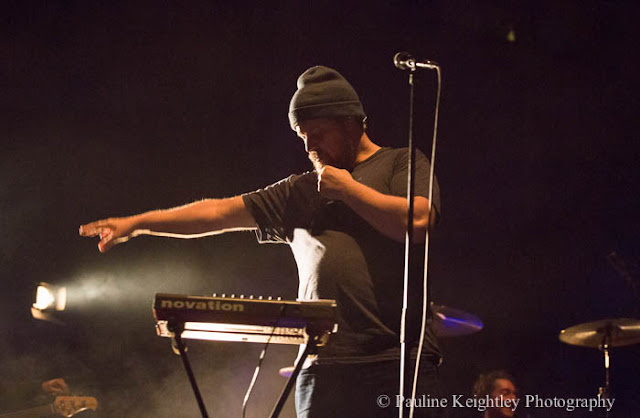 He took the tempo up quite often with electronic pop rhythms of waves colliding and crashing. And a few humorous songs as if to remind of the ridiculousness of life.

And the thirty-something crowd showed their enthusiastic appreciation and love! 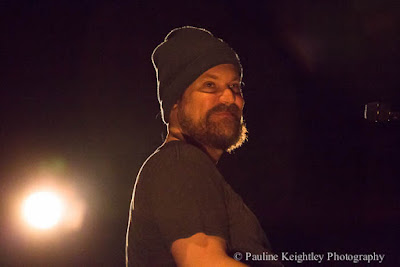 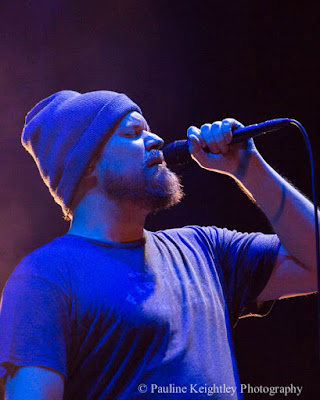 His sound is all about his heart-wrenching vocal melodies. Many of his songs linger and resonate. His expansive choruses explode in free expressions and on the verse his voice asked why..... http://johngrantmusic.com

Interestingly he has been working with Icelandic musician Birgir Þórarinsson, a.k.a. Biggi Veira of Iceland's electronic pioneers on his second solo album and he now lives in Reykjavik Iceland.  Grant grew up near the Rockies Colorado.  He was previously with the Denver based alternative rock band The Czars in the 1990s and early 2000s. 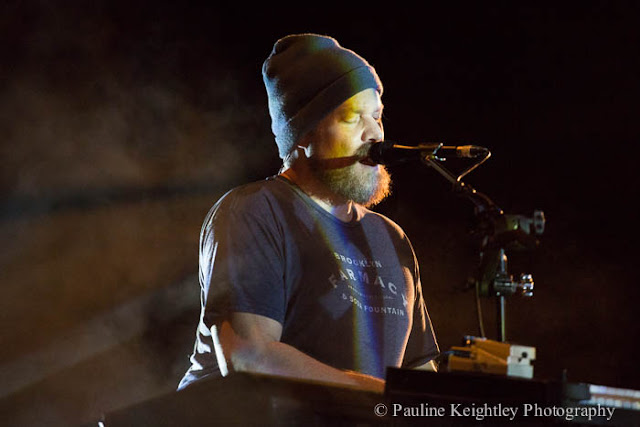