Our Statues of Hanoverian Kings in Scotland 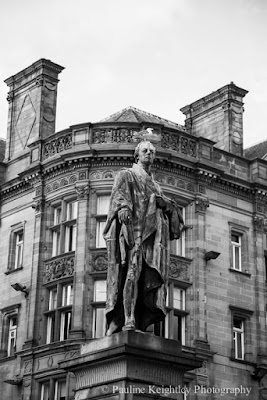 Along Edinburgh's George street are the statues – King George IV, William Pitt the Younger and Prince Albert astride his horse in Charlotte Square. At the far end of George street there is a new (2008) statue to the forgotten and now remembered scientist James Clerk Maxwell. In Edinburgh’s new town the streets are named after the German Hanoverian Kings – streets Frederick, Anne, Hanover, George. I noticed on my walk there last summer for my visit to its major festival.

While on Princes street there is a tall black Gothic monument to the writer Walter Scott - some believe was a unionist but was actually, as are most of Scotland's writers and poets - a nationalist.

I discovered recently there is a statue to our national bard, Robert Burns, at the bottom of Leith walk that I used to pass every day on my bus to secondary school at Granton.

Does all this matter? In some respects yes. All these labels are significantly unionist and royalist .How would it be if the streets were named after the Stewart kings and a statue of Robert the Bruce, a statue of hero William Wallace or John Knox dominated James or Stewart street instead!

Over in Glasgow's George Square there is a more relevant, if slightly strange, mixture of statues of the Victorian era and the time when Glasgow’s Tobacco Lords did well out of the Empire and union – statues of Walter Scott, James Watt, Robert Burns, chemist Thomas Graham, Prince Albert, Robert Peel, Gladstone, Queen Victoria, Jimmy Oswald, Lord Clyde, Tam Campbell, John Moore, some soldiers and those lions.

There are also no statues to women (as if all great women are air brushed out).  There has been a campaign recently for a statue to the great female reformer Mary Barbour in Glasgow.
And surely to have the statue to our great Robert Burns hidden down Leith is truly shocking. So my first thought is a statue to Burns at the Mound! I might wish. Or a statue to the great democracy reformer Thomas Muir.
In Edinburgh there are two statues of dogs and two of Queen Victoria and 200 statues of men. Up near St Giles on the Royal Mile are more statues to great men – David Hume (philosopher and economist), Duke of Buccleuch, Adam Smith, James Braidwood, Charles II.

Yes I know we have mostly lived in a patriarchal society, where women’s roles have been swept aside – as mothers, supporters, carers. The more I read though, the more I discover that women have been essential to many great men and also for society in general – and sadly their input has mostly been forgotten and air brushed out.

Of course its not long ago that women were given the vote (and non-land owning men) and given entry to university education - so I guess it takes time for change to happen!  I just read that there will be a statue to singer Cilla Black in Liverpool.
BLOG to follow on Great Scottish Women 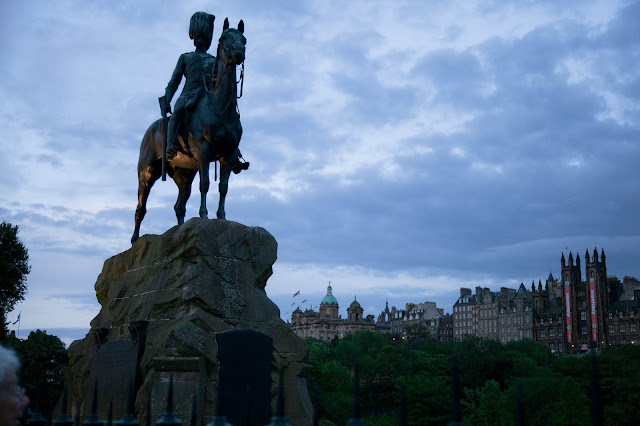