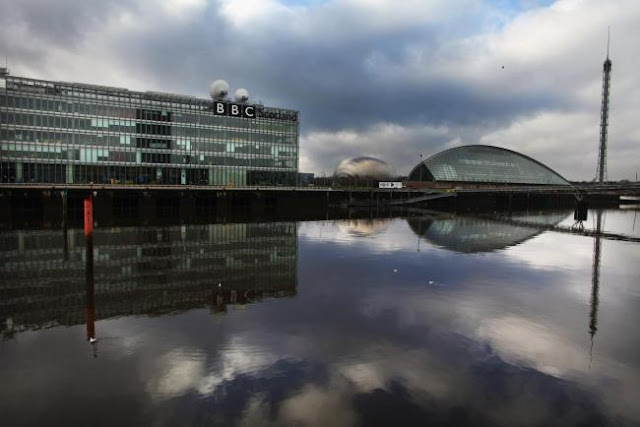 Well, this is a shock! – announcement that the "Scottish Six" will not happen and then a few days later an announcement of a "Scottish BBC TV channel!"

I assume this is to keep the Anglicized Scots Yoons happy who love the union.

For 20 years a Scottish Six has been discussed, planned for and pilots made. There is a wealth of creative and journalistic talent here in Scotland. The BBC spends Scotland 55% of license money raised here – which compares to 75% for N Ireland, 100% England, 100% Wales. It’s been a scandal quite obviously!! This will increase License spend here to around 68%. There has been a dearth of Scottish Arts and Review programs.

The English news programs talk of BRITAIN as meaning England or Brenland – there is never any mention of the Scottish NHS or education being any different. Scottish news is totally ignored (such as the junior doctor strike).

The English-based national news does not serve Scotland – it is full of English only relevance on Brexit etc. The BBC ethos has been primarily is to promote the idea of a “united” UK and the concept of “Britishness”. The BBC often appears to be an Arm of the State. The Anti-Scotland Unionists are of course up in arms over the news! STV were also planning a Scottish news program. Why on earth can't we in Scotland be good neighbours without being run from London?

I read that the region of Catalonia has 4 TV channels, at a spend of £300m! A 24 hour news channel, a culture channel, a sports channel and a children's channel!!

As the InyRef looks likely it is very telling that the SBC will not start until autumn 2018!
Will we have NO media to cover IndyRef.