Songs of Defiance and social conscience and an evening of contrast, quality, and sincerity

Gaughan has become something of a legend on the Scottish and world folk circuits for more than 40 years. He is an interpreter of Scotland’s traditional folk songs with his distinctive style of guitar playing, with open chords and timing that he learnt from guitarist Davey Graham. Fans beside me had heard Gaughan over in California.

The concert was a tribute to Gaughan’s authenticity. He cares about the truth of things and of digging below the surface for stories behind the songs. We live in shallow times, where false greed and facades matter more than being open hearted or honest. Gaughan is not only angry – he was furious at injustice and he spoke and sang of this with unequalled passions. In-between songs, while tuning his guitar Gaughan, would tell his stories. 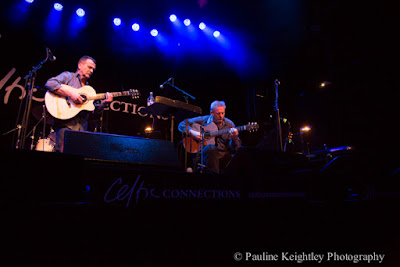 **The concert was a celebration of the music and politics that matters to Gaughan. Host Elaine C Smith sang Michael Marra’s Mother Glasgow, and introduced an incomparable line-up of Gaughan’s long time friends and collaborators.

Dougie MacLean closed this very special evening with a moving climax with his song This love Will Carry. Gaughan, who has has been ill the past year appeared on stage to a standing ovation. I was glad he had been persuaded him to appear for his devoted fans and that he didn’t remain a ‘presence’ behind the curtain. Dick said he hoped to be back to sing next year for us and we hoped too! 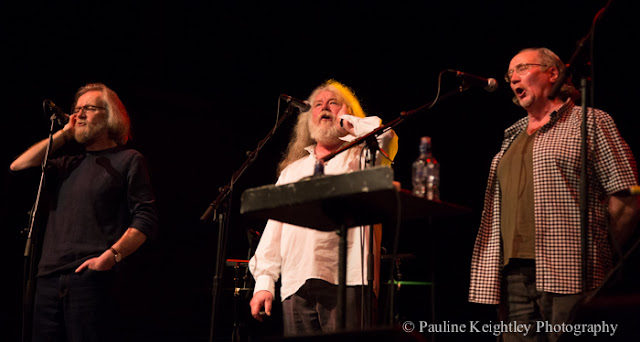 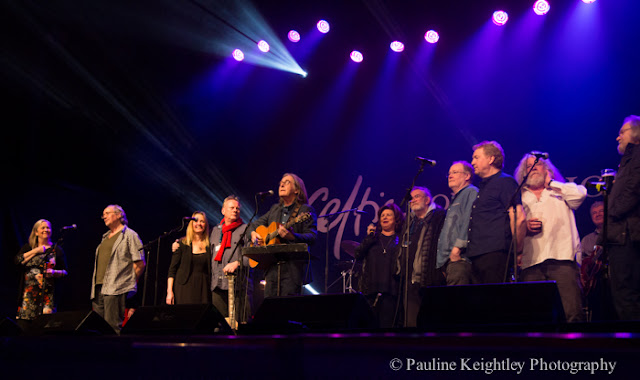 I first heard Gaughan back in the 80s at an Edinburgh folk club and I have met him at Milngavie folk club and he is always friendly and unassuming. He would open his set with the Si Kahn song, What you Do With What You’ve got. I’ve heard many folk singers live and Gaughan is by miles the most moving and powerful. Like Dylan, he doesn’t smooth over the Big Issues of our time,
I took my guitarist son a few years back to hear him and he was hugely impressed. I will always remember sitting enthralled to this Westlin Winds, his impassioned and defining interpretation of the Robert Burns song, when he would say, “One of the best songs ever written, it says all there is to say. Certainly an Outlaw and Dreamer like no other! 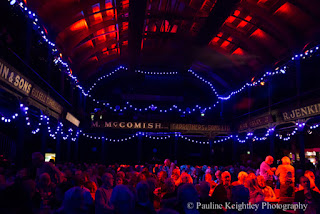 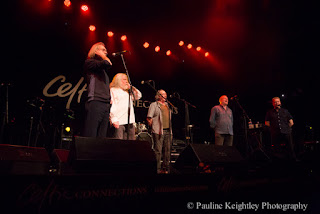 Did anyone record a full set I wondered with his chat between songs? Folk singers know the depth of things – as Dylan wrote – Folk songs were my guide to a new republic.’
Maybe he is, but Gaughan should write his thoughts for a book. Like Burns and Dylan before him Dick trawled the archives in the national library for the rich tapestry of the old ballads and brought many back to life. His personal heritage mixes Celtic traditions of both Ireland and the Scottish Islands.