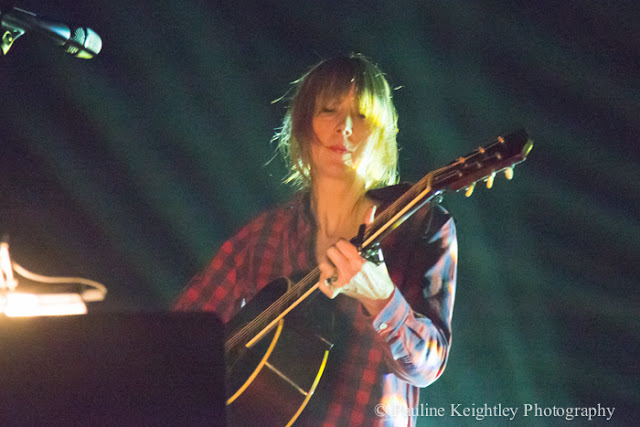 ‘Short stories with some shimmering beautiful sounds’
Beth Orton is a Brit award winning English singer songwriter, known for her fusion of folk and electronica sounds (folktronica), performed a concert at the O2 ABC at Celtic Connections 2018. She played with her guitar and was backed by musician, Grey McMurray, on electronic keys, guitar and bass. During her set she was brightly back lit, which produced surreal atmospheric moods.

Beth used her strong voice to tell her story to sonic effect taking it both wide, introspective and reflective. She sang songs from her 2016 album Kidstick, which is full of imagery and one word song titles, such as ‘Moon,’ ‘Snow’, ‘Wave’, ‘Downstar’ and the teardrops of ‘Petals.’ As well as popular tracks from the range of her past catalogue, such as Call me by My Name, Only a Dream Away, All in Time. 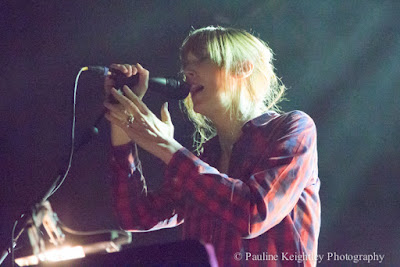 She appeared shy and assuming and yet her voice is strong, hypnotic and mesmerising and reassuring.  Her songs are detailed and her experience flows through her songs. The electronic beats, rhythms and sways surrounded and perfectly back dropped her expressive voice.

Many fans had travelled for her Celtic Connections gig and were hugely appreciative of her set. Beth apologized for swearing at one point, which seemed incongruously at odds with her soft thoughtful vibes!

The depth of Laura Marling folk meets blues and electro beats. I enjoyed both her songs and voice. I was new to Beth and I am now a fan, worth checking out!
http://www.bethortonofficial.com 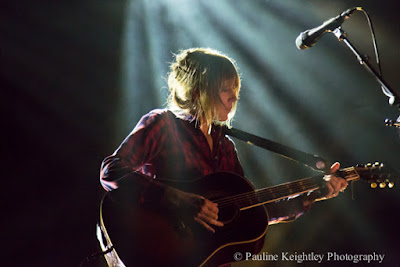 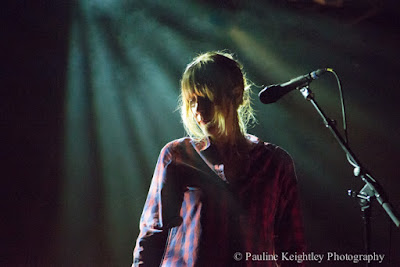 She was well supported by the Scots Celtic soul voice of Blue Rose Code and his band (further Blog to follow) who opened tonight’s concert.
Orton collaborated with the chemical brothers, Brit award for her 1996 album Central Reservation.  In 2016 Orton released her sixth solo album to critical acclaim. Her music has soundtracked American Tv shows.