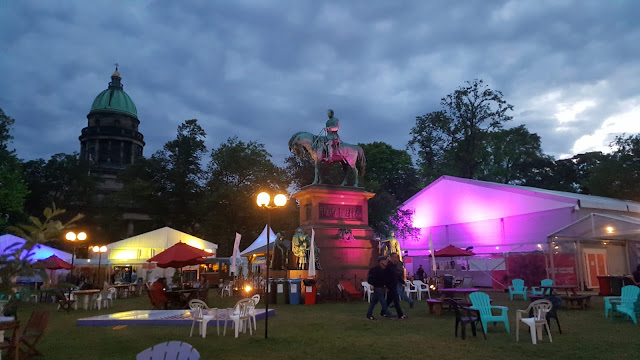 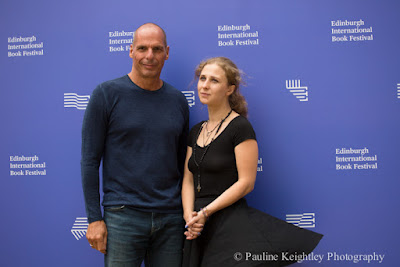 Through understanding our past stories: and as Rab Noakes says, "a future with no past has no future." New stories can emerge through the exchange of ideas, new stories may emerge.
BOOKS are the keys to empathy, understanding, otherness, journeys of imagination, we could never otherwise take. A love of books begins before a child can walk or talk, by the joy of bedtime stories. 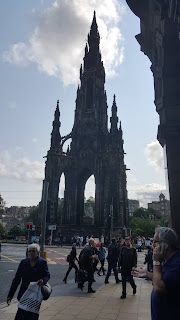 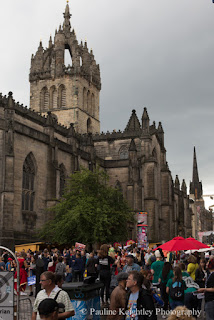 A talk on homes for Migrants and Refugees – with Val McDermid, singer songwriter Karine Polwart, author Ali Smith, and Nayrouz Qarmour, (will speak of a Damascus refugee camp) who will discuss why people have to leave their homelands. The UK is a nation of immigrants (as is the US). What do we really mean by fear of immigrants? Is it a result of Blair’s uncontrolled influx of secret huge numbers of migrants.

More than ever we need ‘open spaces’ to discuss new worlds, adaptability, progress, to build bridges and for accountability. How do we encourage healthy, informed debates.

**The joy and love of books in central, and EIBF also has a large Children’s book festival.
EIBF celebrates the written and spoken word in the perfect setting of Charlotte square Edinburgh. EIBF is a celebration of books, written words ideas, spaces to collaborate and exchange views, inspiring stories. retrieving and renewing. 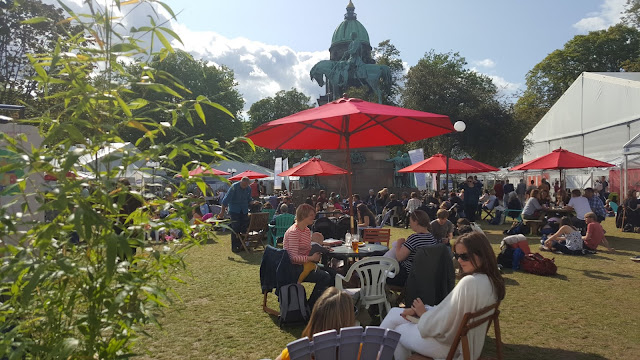 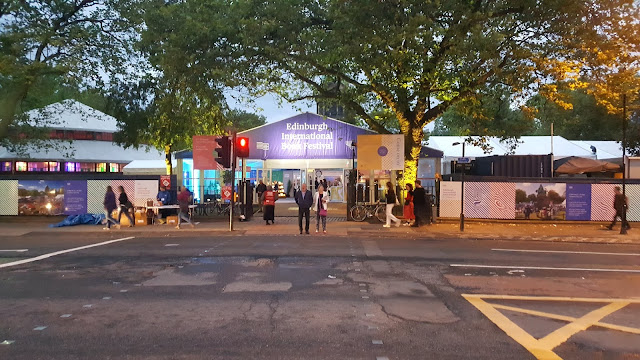 How do new stories evolve?

Through understanding our past stories: and as Rab Noakes says, a future with no past has no future. New stories can emerge through the exchange of ideas, new stories may emerge.

Professor Tom Devine writes, in his latest book, The Scottish Clearance: A History of the Dispossessed, that until the 1960s, there were few academic studies on Scotland’s history after the Union of 1707.((there were more on Yorkshire)
Is democracy failing today, with the rise of populism, and as people seem to have lost all trust and faith in the system? Military expert now say its all about counterintelligence – Russia and China are experts in this field. Its no longer about huge warships and its about who controls information flows. With the rise of cyber warfare and online propaganda, how can we protect our freedoms and democracies. How can we regain trust?

We in Europe must remember we do have the rule of law, some accountability measures of free press, vibrant arts and quality universities. Knowledge is the key – reading stories, creativity, collaborations and understanding our past.

**I am encouraged that Scotland’s first minster is a keen reader. But equally dismayed to read that neither Trump or Corbyn are readers. In fact Trump has fake book covers lining his walls. Says it all really.

We’ve given the world the great songs of Robert Burns and other great writers. And innovations such as Penicillin, steam engines and more. The traditions are continued by powerful troubadours of folk music with popular live acoustic music and world scale festivals such as Celtic connections and Edinburgh festivals – the world’s biggest arts festival.
I am encouraged that Scotland’s first minster is a keen reader. But equally dismayed to read that neither Trump or Corbyn are readers. In fact Trump has fake book covers lining his walls. Says it all really.

Our national poet Robert Burns was a ferocious reader and read at the dinner table. He enjoyed his aunts stories, his mothers songs and his fathers reading and conversations. Famous fashion designer, Karl Lagerfield, valued his vast library of books above all else. Francoise Frenkel, fled the Nazis  (author of No Place to Rest my Head) - and it was her books and poems that kept her hope alive. When the Communist regime in Russia wanted to control arts and thought, they exiled any free thinkers, writers and artists on the Philosophy steamer.