I’ve always been fascinated by the histories of the ScottishCovenanters. Who were they and why were they so important? Interestingly,  part of the Covenanters, the Cameroonians were major part of the American revolutionary wars.
The first major Covenant was signed during the Scottish Reformation of 1560, which was to work tirelessly over the nest centuries to establish the Presbyterian church of Scotland. The main group of reformers were known as the Covenanters, with a more extreme off shoot known as the Cameroons, who eventually settled in America and were a major part of the American revolutionary wars (1765 - 1783)
Their intentions was to keep James Vl on the throne and bring him up “in the fear of God” – the young king was famously educated by the fierce Presbyterian intellectual, poet and writer George Buchanan, who was not averse to a touch of corporal punishment on the royal behind. Although later not only James VI and his ill-fated son Charles I, both attempted to reintroduce rule by the Bishops and to Anglicise the Scottish church. This was massively rejected.  The National Covenant of 1638 was a stunning gesture of defiance and independence against the King, and its implications for the Stuart monarchy were long lasting, not least because it was a genuine mass movement – some 300,000 people signed it. This led not only to civil war but to the war of the Three Kingdoms.

From 1581 – 1651 - The Covenanters were the government of Scotland. The Covenants bound them to the protestant faith. – Scots confession of faith 1560. (signed by James VI)  1637 – Charles I and archbishop of Canterbury imposed rule of bishops., which led to a riot in St Giles, started by Jenny Geddes.
The National Covenant signed in 1638. Drawn up and signed at Greyfriars graveyard. 1640 adopted by the Scotch Parliament.  The Covenanters raised an army to resists Charles I religious reforms, defeated him in Bishops war.
This crisis led to the War of the Three kingdoms, which lasted ten years.
The English Parliament asked for Scots help. They agreed on condition that the Scottish system of church government was adopted in England 1643, 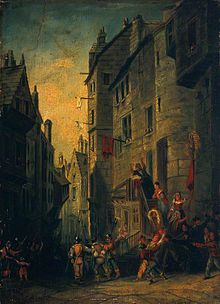 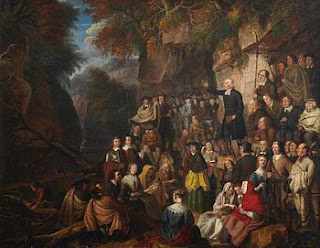 *The Solemn League and Covenant Treaty - to preserve the reformed religion of Scotland. The Scottish armies were important in the victory over the king.

Civil War Scotland - 1644 – 1647
Royalist who opposed the Covenanters took up arms (Episcopalian) led by John Graham, 1stMarquis of Montrose.  Divisions between religions, Royalists, Covenanters – and the Highland and Lowlands Covenanters. Charles I surrendered but refused to sign the covenant.
Covenanters were divided. – Kirk party , more militant  and rejected any engagement with Charles I.  (1647). Their army invaded England but was defeated at the Battle of Preston. This left Kirk party in charge – and this led to war with English parliament. 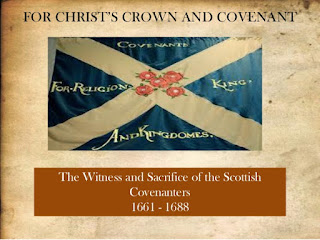 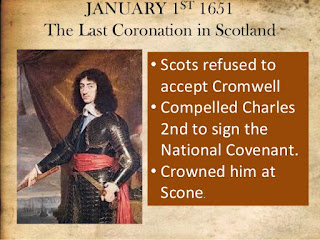 The Covenanters were defeated by Oliver Cromwell 1650 – 1652., and his new model Army, who marched as far north as Dunnottar castle Stonehaven.
Charles Ii signed the Treaty of Breda 1660 and declared oath to Covenanters, and had his coronation at Scone. After Charles II Restoration 1661, he renounced the Covenanters and had the Episcopacy and Bishops restored. To stop unrest south west Scotland, Covenanters rebellion, the government brought down 6000 highland troops.

The Covenanters fought and defeated John Graham of Claverhouse – 1679 Rebellion – but were defeated at Bothwell Brig. 1200 captured and taken to Edinburgh and 400 imprisoned Greyfriars kirkyard.

The Covenanters split – and Cameroonians, who had more extreme positions. To stamp out sedition, the UK government ordered field executions without trail. This is known as The Killing Time
The Cameroonians supported William of Orange, who summoned a convention of estates. 1689 in Edinburgh. The Cameroonian guard helped to defeat the Jacobite highlanders, at the battle of Dunkeld. They were disappointed when William did not adapt their religion and Covenanters. They formed the United Societies.

The Covenanters migrated to North America by way of Ireland - fleeing persecution they set up churches in Ireland and north America. In 1717, the preacher William Tennent founded Log College, the first Presbyterian seminary (reformed Presbyterian church) The Covenanters were among the first vocal agitators for independence from Great Britain and volunteered as soldiers. They also opposed to slavery.  (there are monuments to the Killing Time)
Although the king defeated their attempts to dictate the religion of his subjects, Presbyterianism became the established religion of Scotland. 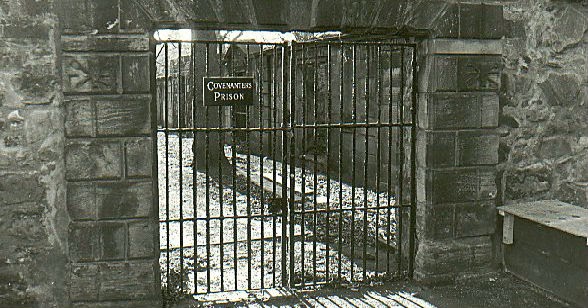