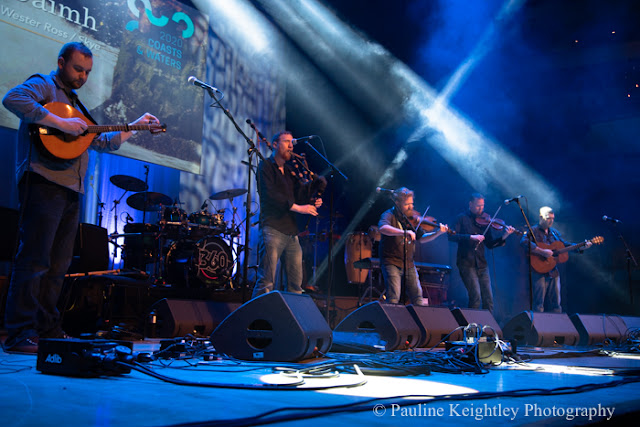 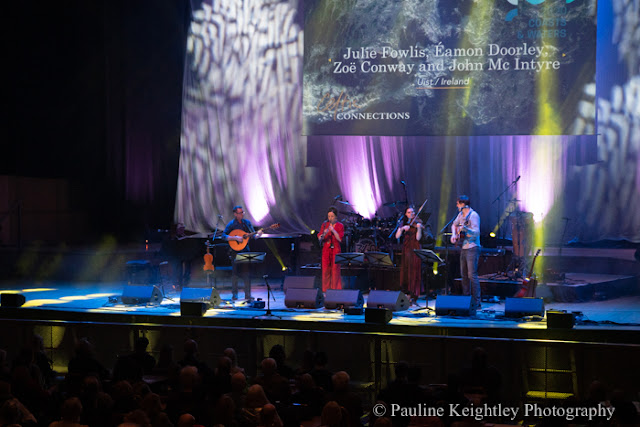 This new festival within a festival proved a highly successful and sold-out event. For the price of a ticket, we were given a wristband as access to musical performances of the highest calibre, celebrating Scotland’s vast coastlines and many islands.

The festival was held over the concert halls several spaces – the main auditorium, exhibition hall, Buchannan suite, and Strathclyde suite. The main event took place in a more relaxed setting in the main hall, with tables and chairs set up in the front area. All this proved ideal for families and for dancing. 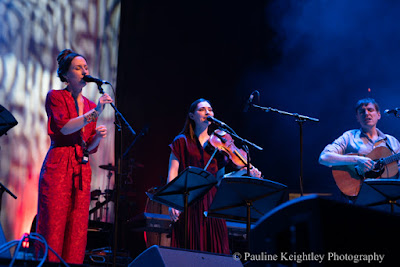 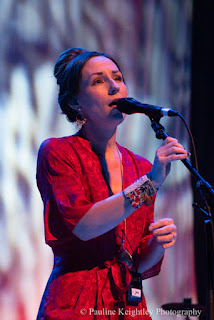 Some of the festivals top ceilidh bands took part –
From north Uist we were treated to the perfect voice of Julie Fowlis along with Eamon Doorley, Zoe Conway and John McIntyre. Diamh from the Hebrides, proved a strong presence with accomplished musicians and with lead singer, Ellen MacDonald
Capercaillie from Oban, were the ultimate professionals: a band with strong tunes with contemporary rhythms led by
accordion player and festival director Donald Shaw and with the moving Gaelic voice of Karen Matheson. Tiree-based Skerryvore are a powerhouse ceilidh band led by pipes and song, and they lit up the final show here. 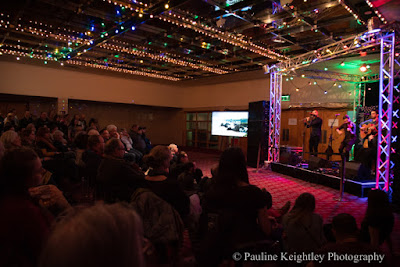 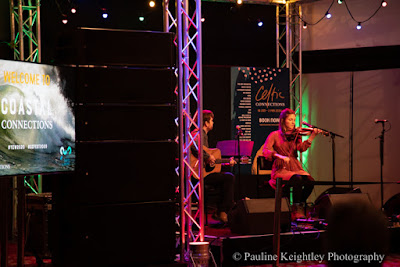 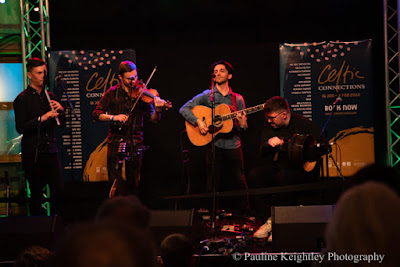 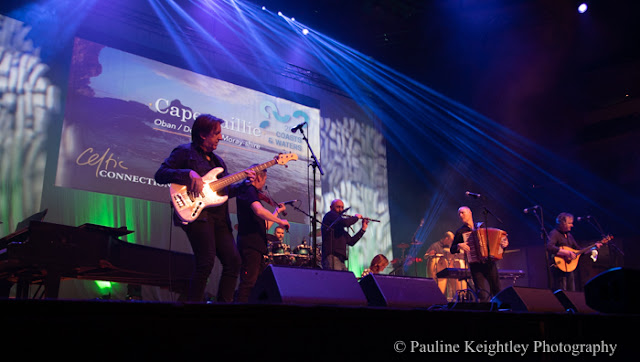 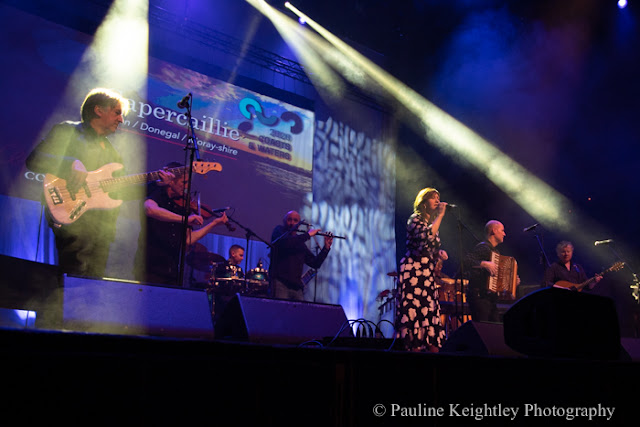 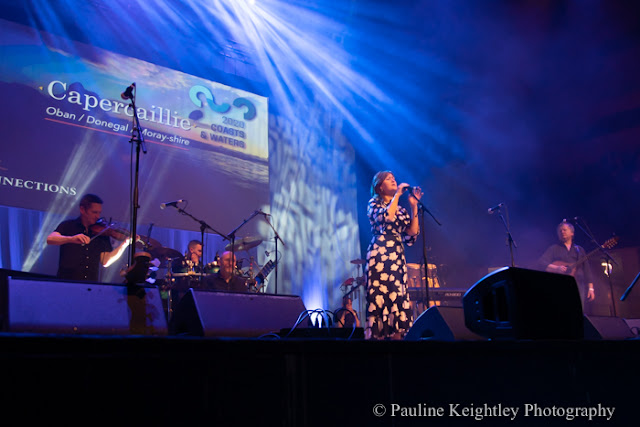 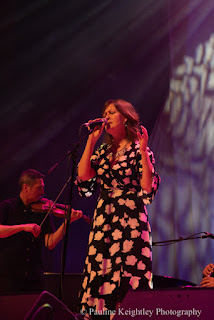 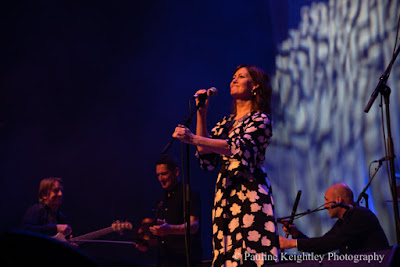 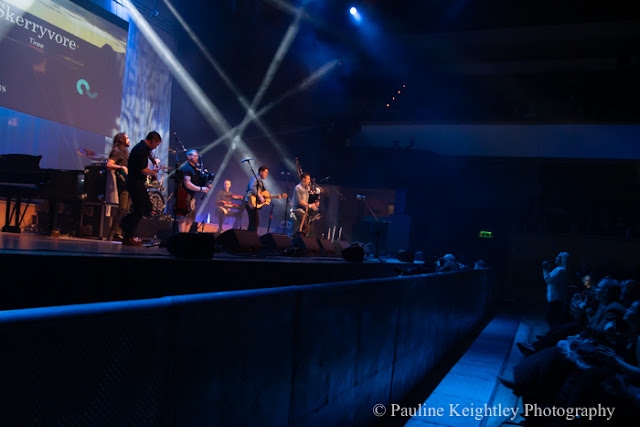 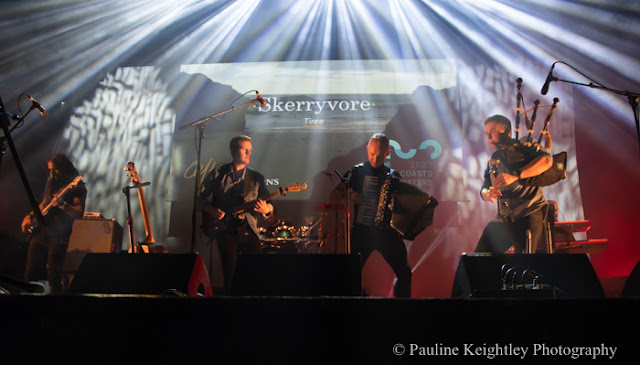 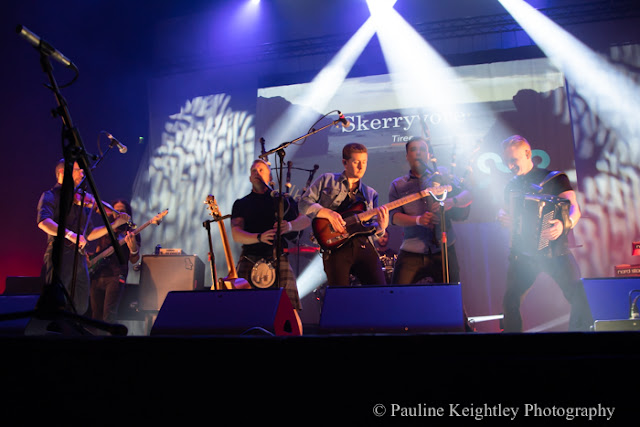 There were also art displays and musical instruments on show. I thought there might have been more coastal signage or art displays. There certainly are many outstanding photographers who shoot powerful images of Scotland’s incredible coastlines, perhaps a display for another day.

I’ve been fortunate myself to visit Scotland’s islands recently and the north coast. If the weather is kind ( as it is in may or the autumn) there is nothing to surpass the wildness, the subtle, shifting light, blinding wind or thunderous waves or perfect white sands. 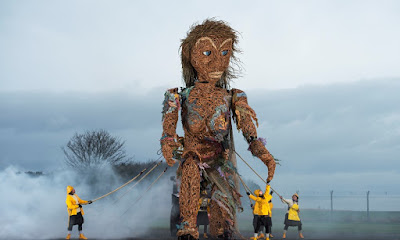 The festival had a dramatic opening spectacle with STORM, a 10m high sun goddess STORM made of driftwood by Edinburgh’s Vision Mechanics to celebrate our seas. Her voice the chorus of the waves to celebrate our seas, care of our coastlines and to put our environment first – she made her journey from the Clyde to the Glasgow concert hall.