The Legacy of the Declaration of Arbroath 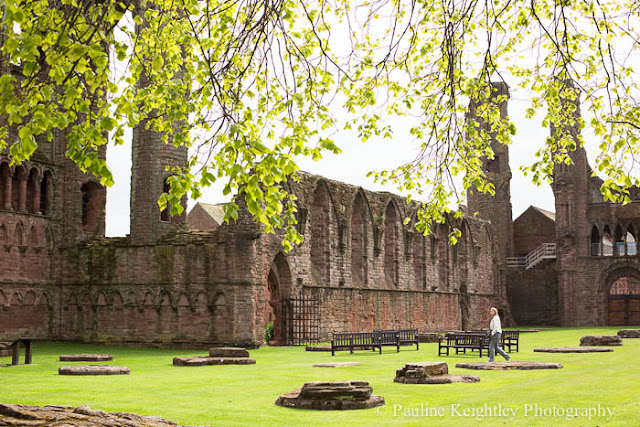 The Legacy of the Declaration of Arbroath
‘Not for honour, but for freedom alone’

The red sandstone ruins of Arbroath abbey, Arbroath Scotland, where the Declaration of Arbroath asserting the rights of the people to elect their ruler and for liberty. It was written to the Pope on April 6, 1320, exactly 700 years ago. The Declaration is the first statement in history to define the democratic rights of people and nations.
“It is in truth not for glory, nor riches, nor honours that we are fighting, but for freedom – for that alone, which no honest man gives up but with life itself.” 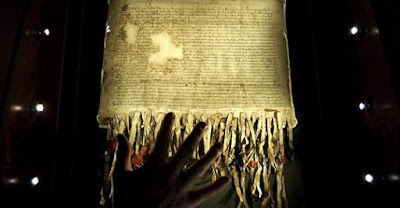 In central park New York there is a statue of the Scottish writers Robert Burns facing another of Walter Scott.  In 1998, a new parade was started in New York called Tartan Week – which includes many pipe bands and has been led by the actors Sean Connery and Brian Cox. The Scots diaspora, goes back to the early days of American independence and to the importance of the Scots Americans contributions to America and their Founding Fathers. Thee are more statues to Burns in America than to any other writer.
*There is a straight line from the Declaration to the American Declaration of Independence. (1775 – 1783) After the invention of the printing press, there were books recording the declaration and by the great Scottish enlightenment writers. The scholar George Buchanan wrote in his book of precedency that kings were accountable to the people. In the 18th many in the American colonies read of the declaration and of the ideas of democracy and the sovereignty of the people.

“The declaration is a fabulous, layer, poetic document - full of pride, heart and spirit that stands the test of time. An incredible mix.”   Composer Patrick Doyle
“It is the most eloquent case for national self-determination and freedom form external oppression ever written in medieval Europe.” Tom Devine. The Declaration is the first statement in history to define the democratic rights of people and nations. A great moral declaration: that the people are sovereign. A political document. It was written by a number of aristocrats, lairds and senior clerics who pleaded for protection from English aggression. The declaration was a letter to the Pope to recognise Scotland and Robert the Bruce. It states that sovereignty lies with the Scottish people, and that they should elect their sovereign – that the freedom of the kingdom is more important than the person. 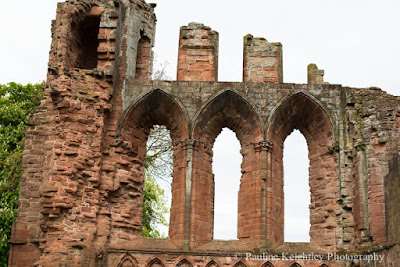 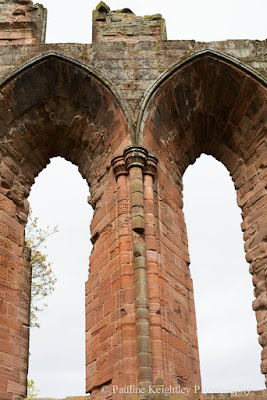 -The power of the written word-
I visited the impressive, haunting red, sandstone ruins of Arbroath abbey a few years back. By pure chance on our drive up to Dundee I picked up a small book on our Scottish hero William Wallace. I had been reading of Wallace in a Robert Burn's biography. Burns was inspired by reading of Wallace and he visited the forests in Ayrshire where Wallace had hidden: he wished to write a song worthy of Wallace and so ne later wrote his famous song 'Scots Wa Hae wi Wallace bled, to the tune Hey Tutti Tatti or known as Robert Bruce’s march at the Battles of Bannockburn.
It can be a strange thing how one journey steps us on to another. There I was on the road to Arbroath abbey, which we found to be a imposing, red, sandstone building steeped in Scottish history and built by William I of Scotland in 1178. Here men spoke of their cherished freedom back in 1320:  and here Glasgow students in 1950 returned the Stone of Destiny, on which Scottish kings had been crowned for 450 years at Scone Abbey near Perth.  This was the place that the Arbroath Declaration of Independence was signed by lords, commons and the clergy of Scotland in 1320.
In it they had affirmed our right to be free to live our own lives in our own way.  There is a clip of Ian Hamilton who led the students who returned the Stone of Destiny to Arbroath Abbey, after stealing its return from Westminster in 1951 - speaking of his quest to awaken Scotland from its long slumber, his voice chokes as he speaks..

“.....for, as long as but a hundred of us remain alive, never will we on any conditions be brought under English rule. It is in truth not for glory, nor riches, nor honours that we are fighting, but for freedom – for that alone, which no honest man gives up but with life itself.” 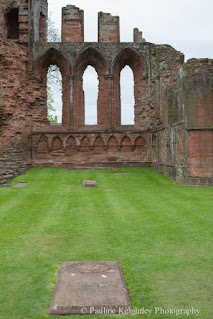 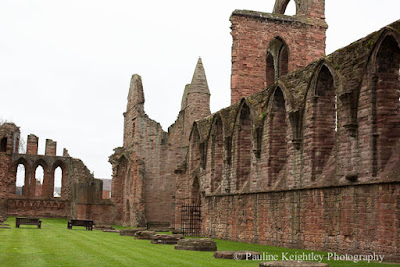 In the ‘British’ media there has been NO mention of this hugely significant anniversary. The reason is simply down south in England they don’t really care.  Yet across the world they do care hugely! From the likes of Georgia, which also fought for it nationhood, to America and their wars of independence.
I feel a great sense of anger too that I was never taught any of this great Scottish history at school in Edinburgh – even while I studied higher history! The Union of the Parliaments – was a Trading Treaty – but four years later by 1801 England began colonising Scotland 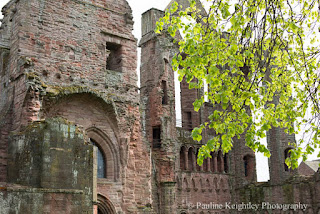 ***A Short history.
During Alexander II's reign things were stable in Scotland. He was married to the daughter of the English king and his daughter married the King of Norway. Sadly his two sons died and his daughter died too giving birth to a daughter (who later died). Storm clouds were brewing and Alexander had no heir. Disaster was predicted and when he suddenly died and the Scottish Wars of Independence began. When Edward Longshanks, the Hammer of the Scots, paraded north, he stole the Stone of Destiny from Perth and put it under a new Coronation throne in Westminster. Scottish kings had been crowned on the stone for 450 years.  After Robert the Bruce and the Battle of Bannockburn, Edward II agreed to return the stone to Scotland in 1328.
The Scottish Parliament used to be mobile, but later sat at St Giles in Edinburgh: it sat for 400 years from 1230 to 1707.  After nearly 300 years, the Scottish Parliament was reconvened in 1999, to Robert Burns song A Mans a Man for a That. Can we live up to these expectations and hopes? 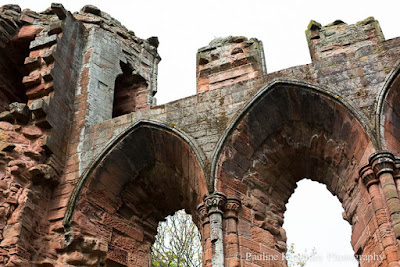 *POSTSCRIPT
The Scottish Parliament
The Scottish Parliament, sat for 400 years (1230 - 1707) influenced by the Reformation, Enlightenment and great scholars. It set many precedents that were eventually incorporated into the British parliament. It worked to reduce the power of the monarchy. The great scholar George Buchanan, wrote that all political power resides in the people, and it must reside in the people: and that it is lawful and necessary to resist kings.
The Scottish Parliament was begun in 1235 under Alexander II and had a political and judicial role. It sat for 400 years and incorporated The Three Estates – clergy, nobility, Burghs – who all sat together in a single chamber. Which contrasts to the divisions in the English parliament with its House of Commons and House of Lords. And the parliament travelled across the country. Later it sat in St Giles 1563 – 1639, and the nearby Parliament Hall 1639 – 1707.

based his writings on the Scottish clan system, the Declaration and the father of democracy. He wrote that all political power resides in the people, and it must reside in the people: and that it is lawful and necessary to resist kings if they become tyrants.

This was drawn from the Declaration. There were many attempts to suppress his work and he foresaw where stupid Stewart vanity would lead.  James VI and I of England, (1603 Union of the Crowns) was tutored by the highly respected scholar. Buchanan was one of the most significant literary and political figures of the 16th century: poet, playwright, historian, humanist scholar, teacher to Mary Queen of Scots, and later to her son James Stewart VI of Scotland and I of England. He wrote one of the most important books in literature –

A Dialogue on the Law of Kingship among the Scots, a critical edition and translation of George Buchanan's 'De Iure Regni apud Scotos Dialogus