The Plantations of Ireland 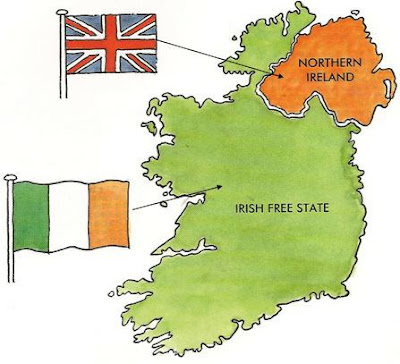 There is a great ignorance of history here UK.

In European countries history is a main subject and is taught right throughout secondary school.

Here UK, history (unless a chosen subject) stops after only two years.

I firmly believe in order to understand correctly, analyse and imagine a better future, we must teach history and crucially modern history in our schools (and not the Tudors or Romans over and over!).

An important story is Irelands independence and the Irish Plantations – not taught even in northern Ireland.  Even though I studied history to higher level in Edinburgh, I learned nothing of Scotland’s history – how bazaar! (By a unionist led curriculum).

Under Henry VIII 16th century, the Tudor expansionism and plantation of Ireland began and was continued under his daughter Elizabeth. Henry claimed he was bringing peace to the warring Irish tribes. (much as Putin is claiming today)

The Pale around Dublin had been under English control. It was decreed that it was a barony’s right to sit on the Irish House of lords. The Irish law of the tribes did not suit such an arrangement, because the chieftain did not have the required rights – and the plan was abandoned in 1563. There followed one million deaths due to famine, displacement, and pestilence.

There was the disruption of the Nine Years War, followed crucially by the Fight of the Earls in 1607 – the rulings O’Neills left their northern Irish territories for Europe.

17th century – There was the War of the Three Kingdoms, Charles I executed 1649 and Thirty Years war in Europe.

1798 United kingdom – Irish Catholics and Presbyterians for reform, democracy and an independent Ireland – the United Irishmen.

There was the Great Famine 1845 – 1851 when one million died, and one million emigrated (half of all immigration to US was Irish.

1801  - UK of Great Britain and Ireland formed, governed from London; and pushes for the two kingdoms to merge to quell sectarianism, remove discriminatory laws and to prevent spread of French republicanism and calls for reform for democracy. 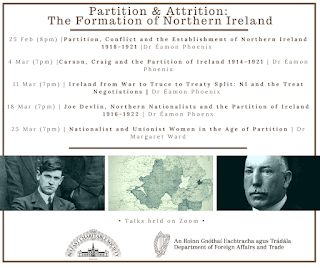 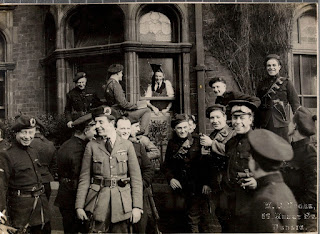 For full independence rather than Home rule. Irish Convention 1917-18

– by the Irish citizens army – after which 15 leaders were executed over 10 days and one thousand imprisoned. This changed opinions – and support for Irish Republicanism increased because of the war and conscription crisis.

Fourth Home Rule to divide Ireland was passed May 1921, with the creation of Northern Ireland - with 26 counties Dublin/ 6 countries Belfast.

Ireland had to fight for its independence. Union/ Plantation caused huge loss of population, and Irish Gaelic and culture were suppressed.

Since Ireland joined the EU it now does most of its trade to the Europe and has a hig level of economic growth. 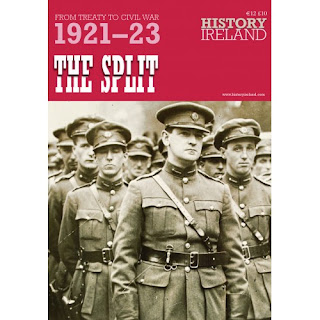 ***Important dates many of us know little about -

War of the three kingdoms