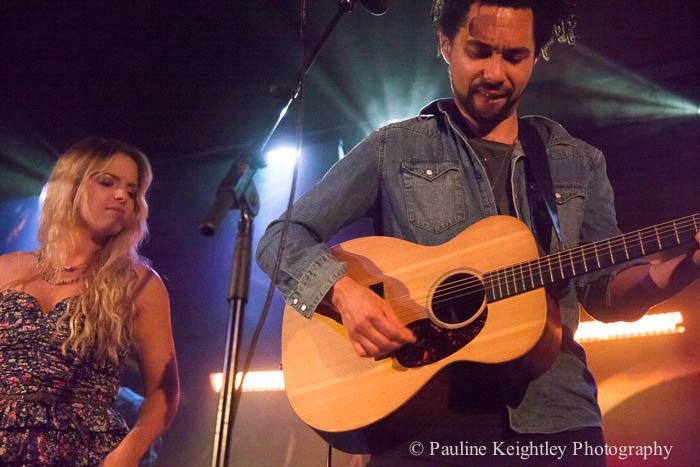 The Shires entertained us with big-hearted memorable songs and warm smiles!
I first noticed The Shires single on radio Scotland a few months ago, for its strong melody and vocals and upbeat vibes.
After only a few shows things have taken off for the pair and they were signed to Decca Records in 2014 and to Universal Music Nashville, The Shires are singer-songwriters Ben Earle and Crissie Rhodes. The audience were all ages here tonight in the busy hot venue. They started their set tonight with the energetic fun of their debut single 'Nashville Grey Skies'. They followed their upbeat opening tunes - Ben took the tempo down on piano with some touching country ballads  - 'Think I'm Falling in love with you', 'Statements' (their next single), 'Let Me Be The One' and Made in England.’.

After which they took the energy up with several country rock pleasers and their single 'Friday Night' had the packed audience singing along. For their last song 'Tonight' – ‘Your mine I'm Yours’, they divided us into two sections to sing the two parts and they were thrilled on their return on stage for their encore to be greeted with the audience singing the song back for them! 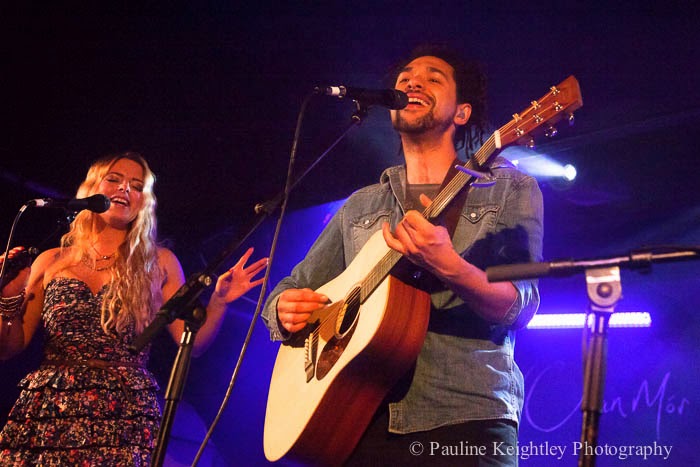 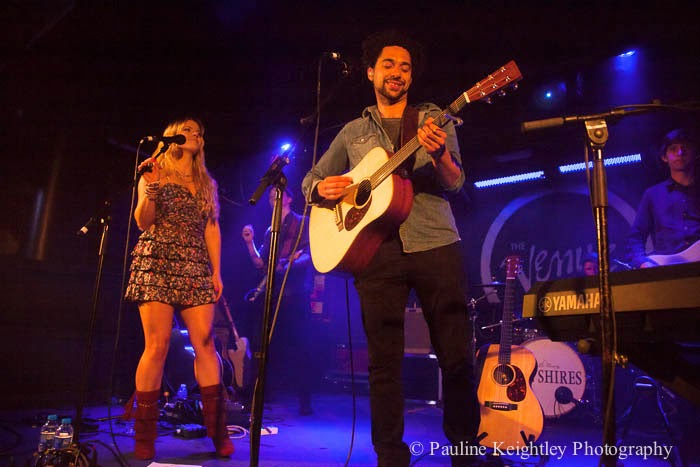 For the encore they sang 'When It's Real Love' the first song Ben played for Crissie and a popular cover of the Bee Gees love song 'Islands in the Stream'.

Crissie looked the part with her golden locks and she sang with pure country tones and strong harmonies that added that extra sparkle. Ben is a touching, smooth musician and songwriter who made it all feel effortless. This duo has songs people remember. The Shires are the first ever UK country act to be signed to a major Nashville label. Their debut album Brave in 2015 made the UK top ten. 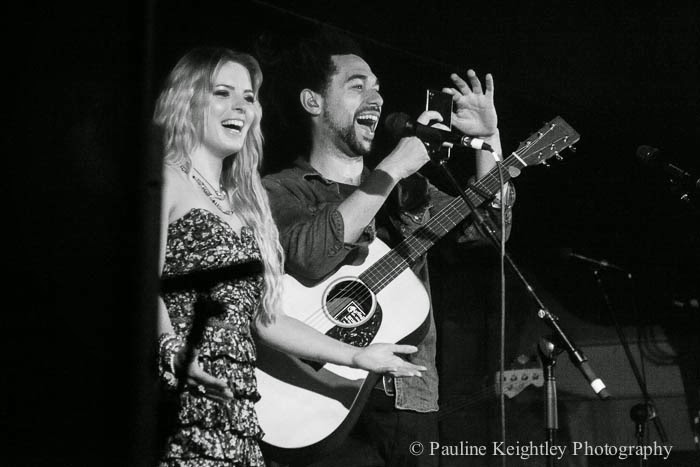 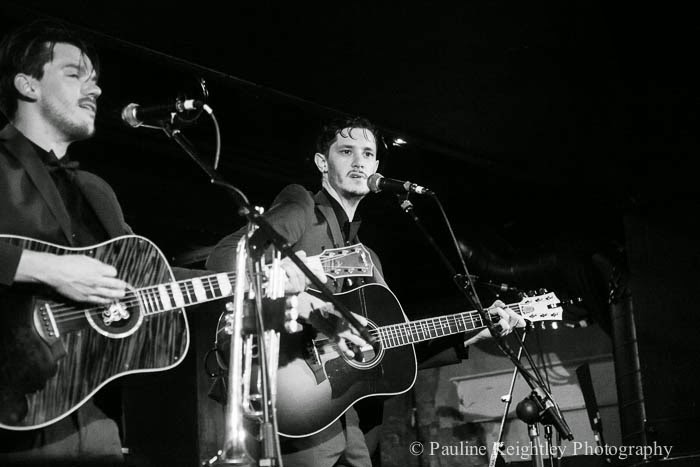 *This was a two for the price of one event and the show was started by another fun country duo on guitars - two entertaining Americans John and Jacob, who had the crowd cheering and dancing along. They played with pumping guitars, some well chosen covers and their own songs. They are hit-making Nashvillle songwriters and their new singles have attracted Radio 2 airplay. Worth watching out for these guys too!  http://johnandjacob.com

There appears to be a resurgence in interest in country music today. It has shaken off its over-produced days and gone back to basics with more authentic, striped back arrangements. My favourite country musician is Jerry Douglas, who is such an expressive and dynamic player of the resonator guitar and he plays at Celtic Connections here every January. 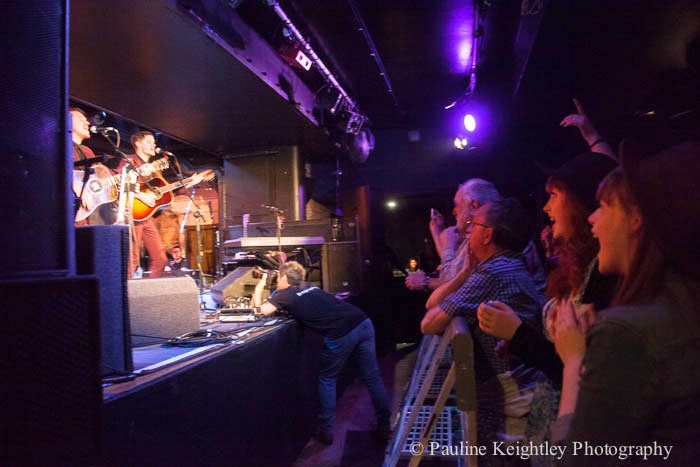