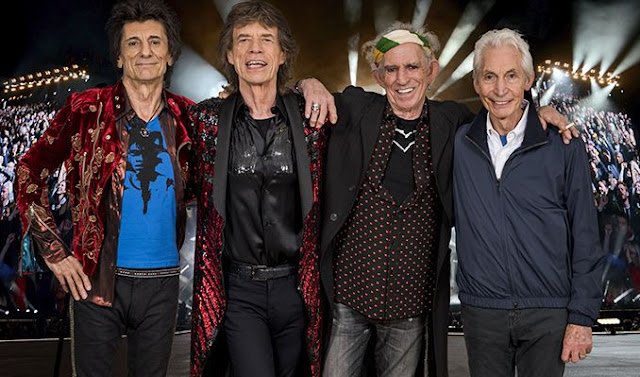 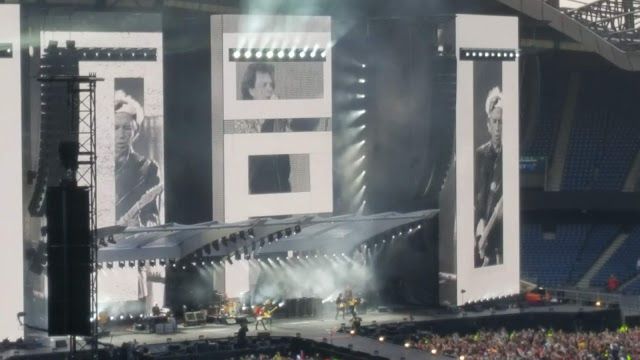 The skies stayed clear for the Stones to rock Murryafield stadium – with Keith Richards recognisable riffs and the energy vibes of Jagger’s rhythmic dancing and melodic voice. A band clearly at home on stage!

There is something widely exhilarating to see live a band you have enjoyed and admired for many, many years!
For the first part of their set they pleased their devoted fans with a well chosen hit selection - Start Me Up/ Lets Spend the Night Together/ Only Rock n Roll/ Talkin in Time/ Under my Thumb. 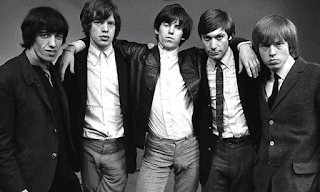 After which they revisited their R & B based roots with a blues song, when Mick mentioned the Glasgow Barrowlands and with black and white clips behind them. Some songs become stories in themselves and take the songs wide. Other songs have the simple and memorable riffs such as Under My Thumb. 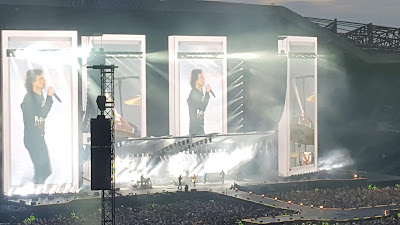 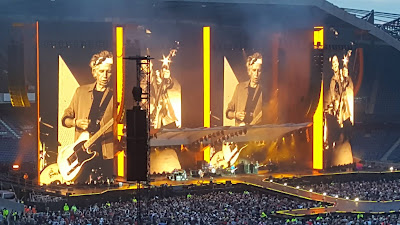 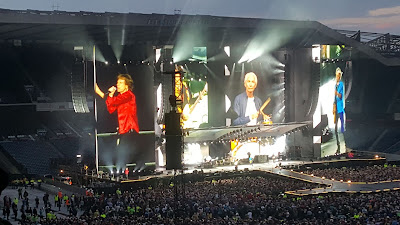 Keith Richard plays acoustic guitar in the style of Robert Johnson, in the key of G and some of the best known riffs ever and we know the songs instantly. Jagger has a soft voice with great range, but not a rock voice. The Stones guitarists leave space for each other with a clarity of sound. When many bands fill up every available space with noise.

As the evening light faded there was lots of ‘’oh oh oh’ singing as on I Miss You!
Followed by She’s a Rainbow with Mick on guitar. They then took the tempo up again for their final hit selections - You Cant’ Always Get What you Want/ Paint it Black/ Honky Tonk Woman (when Mick introduced band) and a Keith Richard song followed by Please to Meet You/ I Miss You/ Brown Sugar/ Midnight Rambler/ Jumpin jack Flash.
And for their encore they performed Gimme Shelter and Satisfaction!

My favourites tonight were Miss You, You Can't Always Get What You Want, Gimme Shelter and Jumpin Jack Flash. I wondered about their stamina at 75! And the energy required for drumming over a two hour set every night. They must have at least two road teams to set up for the next night of their tour.

Hats off to the Stones for being one of the top and longest lasting rock bands in the world! Fans left happy to have heard their favourite hits. 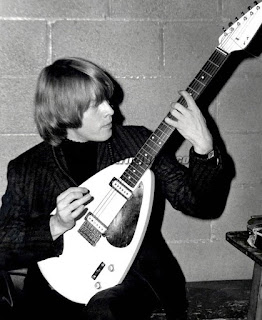 The Rolling Stones were started by Brian Jones, one of the Uks top blues guitarists in. He gave it their name and more than that their 'electric blues' sound. He realised that the niche market for R & B could be taken to a mainstream audience. The lost boy, never satisfied. Sadly he became the first of the '27 Club'. He was the UK's first slide guitarist and one of the best blues guitarists in London at that time. Before he left home, Jones said - 'I'm gonna move to London, start a band and I'm going to become rich and famous.'