There is a vibrant and creative vibe in Scottish music right now as it mixes Celtic traditions with innovative and challenging newer styles of musical rhythms and structures and recording techniques. There are healthy ground roots in its major city’s with many city centre small venues for live music.


There are also several major music festivals held in Scotland each year -
T in the Park, Celtic Connections, Rockness, Belladrum, Edinburgh, (plus many folk festivals

Scottish music is in a very good place. I attend Celtic each year where they have three weeks of open mic sessions and competitions and the festival has many interesting collaborations and musicians attending worldwide. I saw Rachel Sermanni there a few years back.

Emeli Sande. The biggest breakthrough artist in the UK in 2012 was Scottish singer songwriter Emeli Sande. Emeli Sandé is a Scottish recording artist and songwriter. Sandé first became known to the public eye after she featured on rapper Chipmunk’s, “Diamond Rings” which entered the UK top Ten Singles chart. Also a top ten hit with Wiley’s “Never Be Your Woman. Simon Cowell called Sandé "his favourite songwriter at the minute". In 2012 she received the Brit Awards Critics' Choice Award. She has written for a number of artists, including Susan Boyle, Rihanna, Gabriella, Leona Lewis, Alesha Dixon, Tinie Tempah, Cheryl Cole. In 2010, she signed a publishing deal with EMI. She later announced that Virgin had given her a record deal. Sandé released her first solo single "Heaven" in August 2011. Sandé has had three number-one singles across the UK and Ireland with "Read All About It" with Professor Green, "Next To Me" and "Beneath Your Beautiful" a collaboration with Labrinth.
Her album Our Version of Events made number one in the UK in February 2012 and became the best-selling album of 2012 in the UK, with over 1m sales.


In the first month of 2013 there will be new album releases from Scottish rock bands Frightened Rabbit and Biffy Clyro.
New Scottish albums 2012 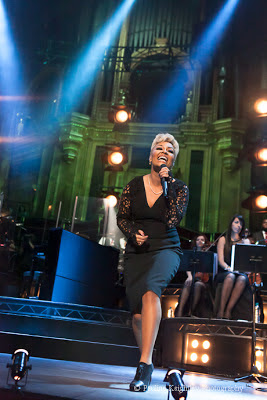