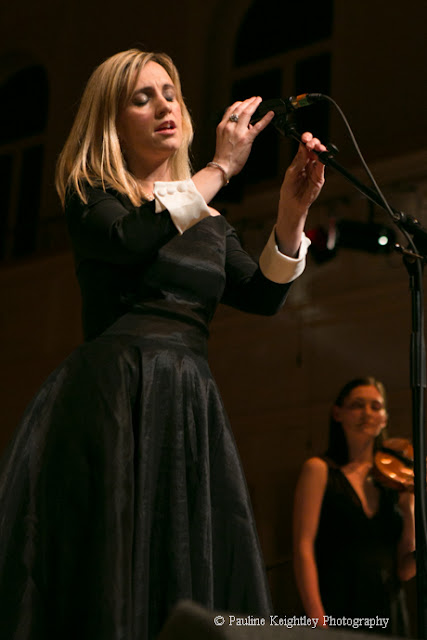 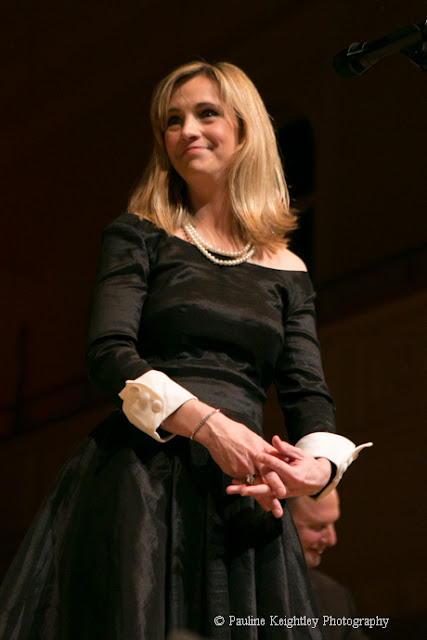 Cara is sweet, lovely and petite. She has a pure, natural voice that makes her singing feel effortless. She comes from Londonderry Northern Ireland and sings many Irish traditional songs as well as Dillon/Lakeman songs.


I first heard Cara on a radio interview and I was impressed with her voice. I checked her songs on YouTube and found her singing with the Ulster Orchestra. For Celtic Connections 2013 tonight Dillon recreated this event with the BBC Scottish Symphony orchestra.

For her first songs here at the City Halls venue she performed with her band (Zoe Conway on fiddle and Michael McGoldrick on whistle and pipes) and included the song Johnny Lovely Johnny.  Then for her fourth song the orchestra took to the stage when the sound became as rich as a film score with that added depth, resonance, and fullness that only an orchestra can produce. 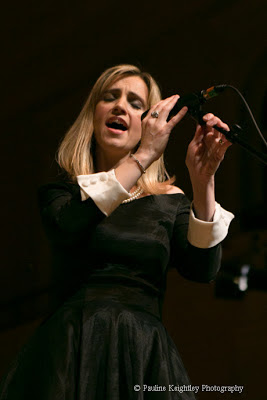 Dillon’s Voice.
On the memorable The Verdant Braes of Skreen the orchestra provided swelling strings and floating woodwind.  For the song Your Hearts No Longer Mine she sang of the heartbreak of lost love with her voice like a subtle flute. On Black Is the Colour her voice was clear and poignant. The orchestra really kicked in once the brass section took flight for the added drama on the song She Moved Through the Fair.

At the start of the second half for the haunting Gaelic song Fil Fil O Run her voice was serene, sincere and full of sadness. On the song Maid of Culmore she sang with her soft voice that both whispered and soared. On High Tide, her own composition, Dillon sang of the homesickness of emigration from Ireland which she says sadly is happening again. Cara finished her concert with Sam on piano and with the traditional song The Parting Glass, she wished us well..

She was expertly backed by her husband Sam Lakeman on both guitar and piano with whom she has worked for a number of years. They are an impressive musical collaboration and Lakeman's playing was perfectly in sync to Dillon's voice. Cara has a way of singing as if she sees her voice floating over the microphone. 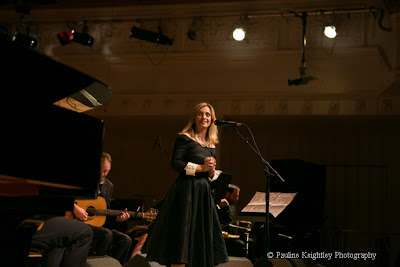 Some of the songs Dillon sang: SET – Johnny Lovely Johnny, Hills of Derry, Verdant Braes of Skreen, Black Is the Colour, Maid of Culmore, High Tide, The Snows They Melt the Soonest, Fil Fil O Run, It Will Not be Long Love, Tunes form the band, Streets of Derry, Hill of Thieves, P Stands for Paddy, I Wish You Well, Parting Glass.

Cara Dillon is an Irish folk singer from Londonderry Northern Ireland. In 1995 she joined folk group Equation and signed a record deal with Warners Music Group. She collaborated musically with her husband Sam Lakeman under the duo name Polar Star. In 2001, she released her first solo album titled Cara Dillon. The album contained traditional songs and the original Dillon/Lakeman songs "Blue Mountain River" and "I Wish I Was".  The opening track of the album is "Black is the Colour". Her second album Sweet Liberty(2003) , entered the UK indie album charts and included both traditional and original material. The album was promoted with the songs "High Tide", "There Were Roses" and "Everywhere".  Also songs "Falling Like a Star" and "Broken Bridges".  Dillon received The Meteor Irish Music Award for Best Irish Female. Her third album, After the Morning, was released in 2006. The Czech Philharmonic Orchestra recorded on two tracks for this album - Garden Valley and The Snows They Melt The Soonest. Paul Brady sang on The Streets Of Derry. The song Never In a Million Years gained Radio 2 airplay. The next single was the double A side: This Time/I Wish You Well.

Dillon released her fourth album in 2009 the award winning Hill of Thieves on her own label Charcoal Records.  In 2003, Dillon performed at the Belfast Festival at Queen’s Opening Ceremony with the Ulster Orchestra. In 2006 Dillon sang at the opening ceremony of the 2006 Ryder Cup in Ireland. In 2012 Dillon performed two concerts with the Ulster Orchestra. The song "Hill Of Thieves" was voted by BBC listeners as one of the "Top 10" original songs to come out of Northern Ireland. Dillon has also done collaborations with others albums.