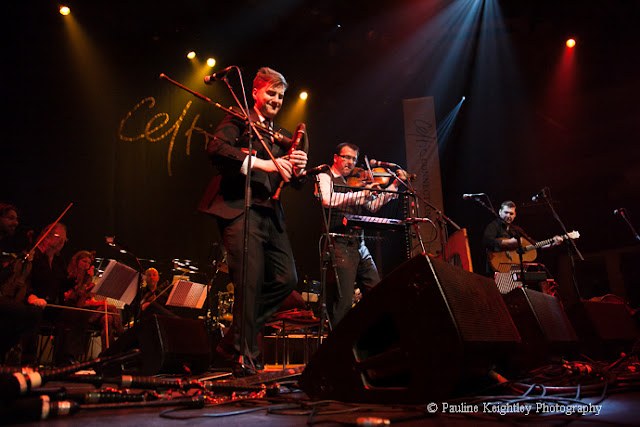 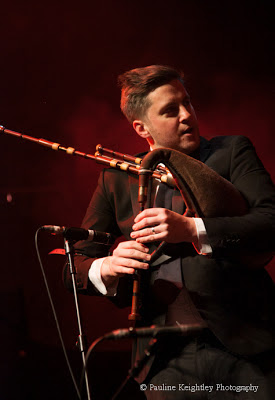 A stellar cast of Scottish folk artists took to the concert hall stage Thursday night for a 20th celebration concert of Celtic Connections. Some had taken part in the first ever Celtic Connections in 1994 - such as the talented singer Sheena Wellington and the New Rope string band. This was a quality line up with some of the best that Scotland has to offer as well as Irish singer Cara Dillon and American folk band Flook.


The concert was led by two accomplished musicians - piper Finlay MacDonald and fiddle player Chris Stout. Alongside Scottish pipers were some of the best from the present Scottish folk scene - including Eddi Reader, Michael McGoldrick, Phil Cunningham, John McCusker and Capercaille.
We were treated to the traditional Burns song Westlin Winds tonight beautifully interpreted by Rod Paterson. Next was the singer Julie Fowlis who sang two Gaelic songs with her flowing and lovely voice. 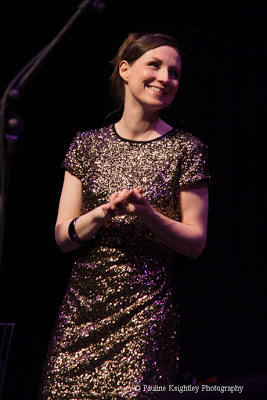 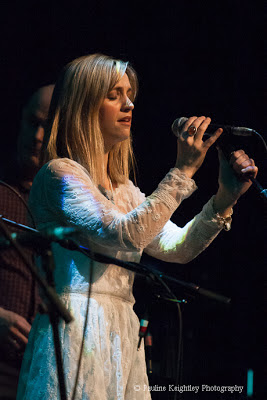 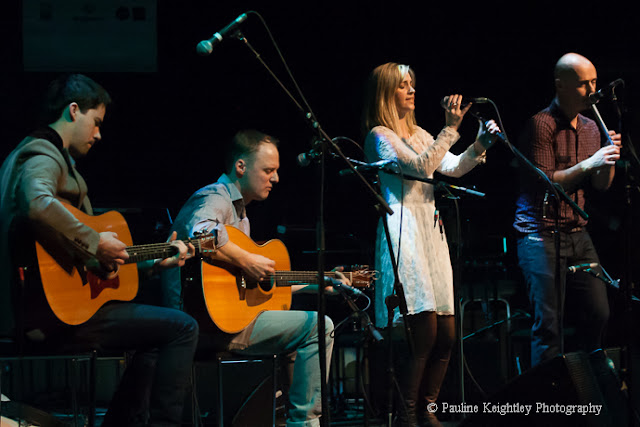 The folk band Flook had flown in from America and they joined Irish singer Cara Dillon on stage with her husband Sam Lakeman. Cara and her husband are a perfect musical partnership - Cara with her natural, quietly gentle yet strongly moving voice, while Sam accompanies with quality piano and guitar playing. She sang Avalanche and Parting Glass with Sam on piano.


The New Rope string band provided a lighter set with some fun comedy routines as they sent notes flying in the air while beating themselves over the head!  Then folk singer Archie Fisher sang Song For A friend.
Capercaille (Donald Shaw and Karen Matheson) finished the first half with a rousing set of Scottish tunes -  backed by the Scottish Power pipers. 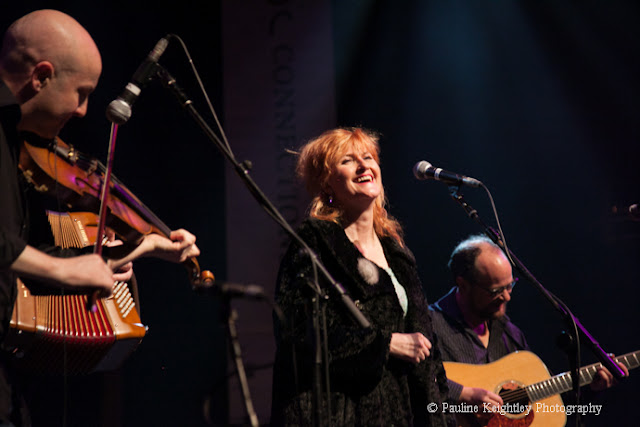 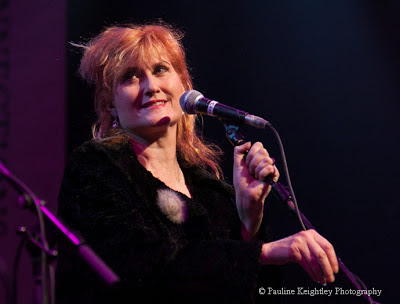 For the second half we were treated to more fine playing from the pipers and fiddlers
http://pkimage.co.uk/celticcelebrationconcert

Accordionist Phil Cunningham was well received when he performed one of his own compositions with fiddle player, John McCusker. Also popular was Sheena Wellington, who sang a very personal version of Burn's best loved song My Love is Like a Red Red Rose.

For the second half of the concert Finlay MacDonald and Chris Stout were joined by a unique festival string ensemble led by Greg Lawson and along with the Scottish Power pipers they created a big wall of sound. After which all the singers took to the stage to sing Hermless.. 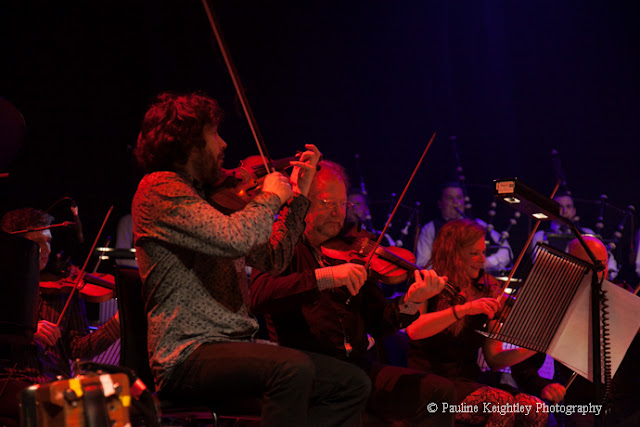 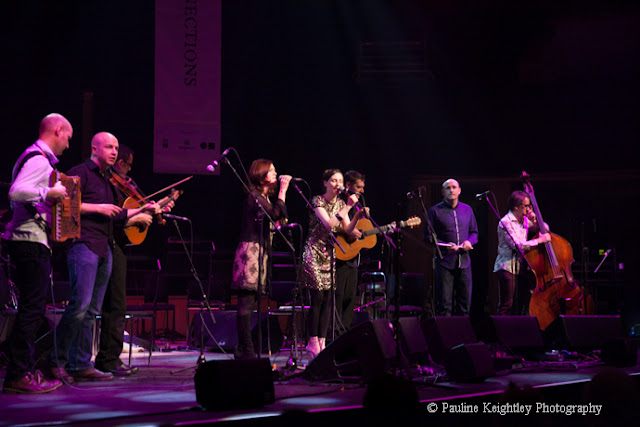 The finale was what Donald Shaw, Festival Director, enjoys best – a traditional folk sessions of reels and jigs with all the folk musicians on stage and building to a full on flourish of energetic playing, enough to warm the coldest of hearts at this very cold time of year!
This was a proud-to-be-Scottish night and an enriching concert to start the festival with!  It also gave a true taste of what the festival has to offer. 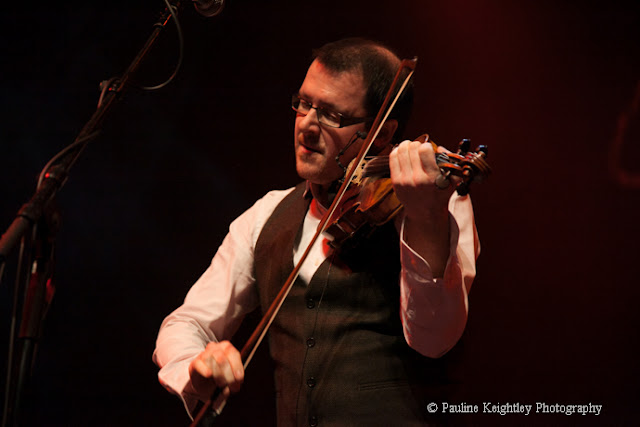 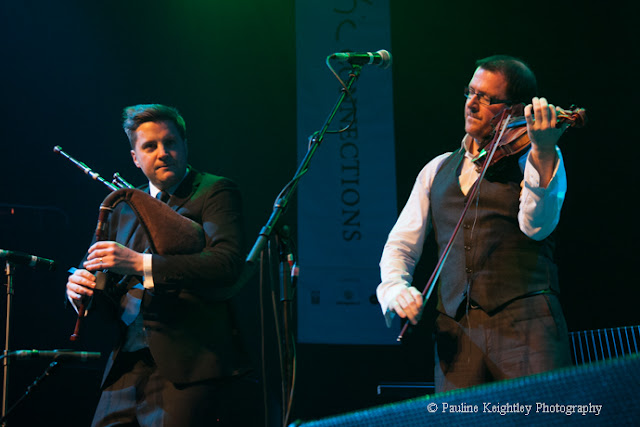