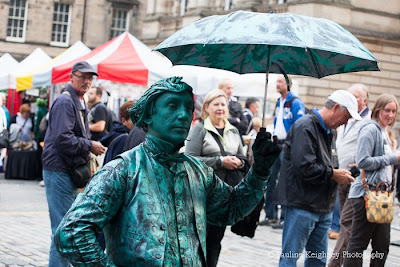 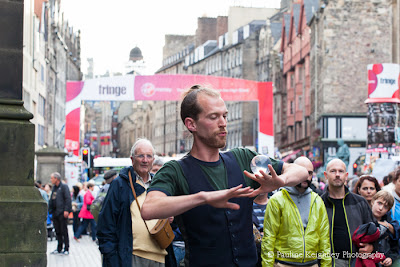 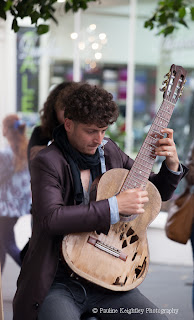 The first day and there are several Big Names today (Ruby Wax, Jack Straw) and the book festival was very busy. Weather warm. Later I attended the 7pm Debate on Copyright.This year the Edinburgh International Book Festival (EIBF, #edbookfest), the biggest book festival in the world, celebrated 30 years with looking back and looking forward threads.

At Edinburgh festival there are accomplished musicians, graphic novelists, national ballet, new comedians, talented writers, respected economists and academics and more. The bonus of Edinburgh is its melting pot for the creative arts.
Edinburgh festival is an overload for the senses - imaginative imagery, lyrical words, informed words, mind blowing music, escapist comedy… I am much more selective over what is worth spending time on. And it depends – do you want to be thrilled, entranced, offered thought provoking insights, inspired questioned, amused… or quite simply entertained. There is low brow and high brow.. it is all here.

(And what has happened to the generation divide these days? On the bus I noticed an over sixty grey haired gent dressed as a punk or Goth, with the full get up of belted boots, silver pierced ears and all. Strange really the world today! ) 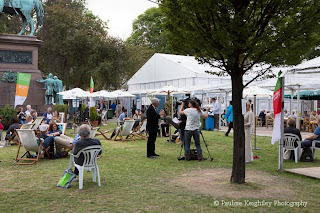 **EIBF - Edinburgh International Book festival 2013
brings together book lovers old and young, writers, scientists and more. Even as the traffic roars past Charlotte square the festival offers a haven of quiet contemplations.

Scotland’s future as an independent country is clearly on the agenda – the nuclear weapons question, fiscal future and electoral reform...
Edinburgh Book festival has opened up the debate on Scottish Independence and in its eibf program of talks there are numerous events this year discussing Scotland’s future. So interesting. I can’t help but note that many of the writers, artists and Scottish musicians favour Scotland taking more charge of its future and its own affairs.

Alex Salmond attended EIBF along with William McILLivenny and the story was that Salmond may wish him to write the White Paper for the independence vote in 2014 and that McILLivenny is a front runner. Salmond wants something inspirational and poetic.
Say yes to the future!

Going to Edinburgh, my hometown, helps to focus my work with the getting away from things… A young and  talented Australian guitarist had positioned himself at the bottom of the highstreet after the stages had gone at six which meant people could hear him properly and a good crowd gathered to hear him there.. 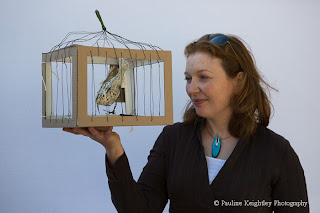 SHOWS I attended
Rick Wakeman performed his show at the Assembly Rooms. He wore a long grey coat and played piano for us. He said he had had an excellent piano teacher who taught him everything he knows about music. She said to think of the music in colour and to paint your own picture and give it your own title. .

Rick Wakeman
Debate on Copyright EIBF
Alfred Brendel EIBF
Boy with Tape in his Face
Behind the Art of Songwriting, Daniel Rachel
Unbound EIBF, with writer Dan Rhodes, comic Scottish writer Neil Forsyth, and comedian Stuart Lee (who was very funny, and oddly on tv that night too!)