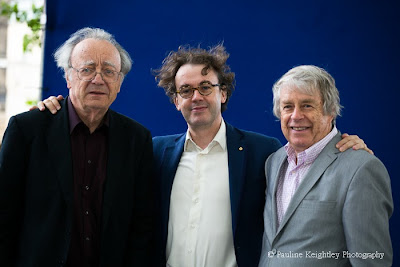 The talk really became interesting when the audience gave requests and questions.
One member asked about his favourite recording by Brendel, which he said was Schubert played with the Cleveland Quartet. He thought this recording was so together and he wondered how older European players matched younger American players.

Brendel said his favourite composers were Bach, Handel, Hadyn and Schubert. He said that great piano music was composed for ensembles. Someone asked him was it about playing with feeling OR in time – to which he replied it was about ‘feeling in time’!

He said that the piano had the biggest solo repertoire. As the piano is more complex to learn than other instruments such as violin or wind instruments, it therefore takes longer to reach the peak of performance, usually between 40 and 60.
Brendel said the biggest influence on his music was great conductors and great singers. He said it was necessary to turn the piano into the orchestra and to understand the ebb and flow between the genres and to control the rhythm and nuances. 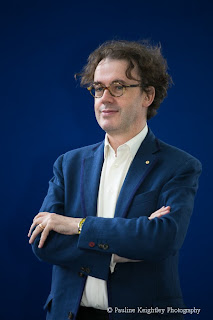