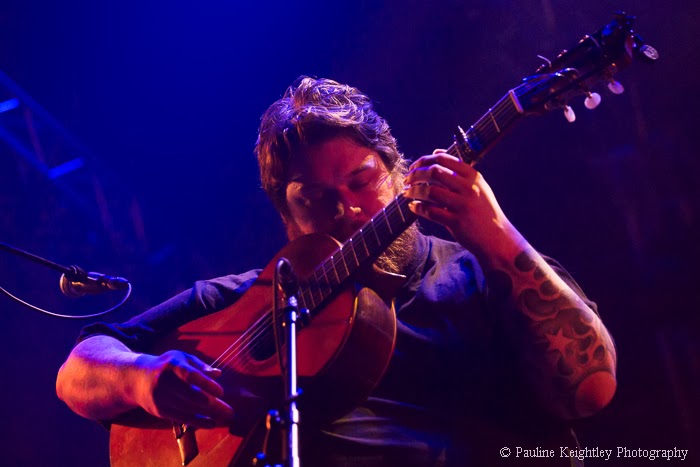 Guitarist and singer songwriter RM Hubbert supported Glasgow band Mogwai at the Glasgow concert hall. I had read that Hubbert's 2013 album had won the SAY (Scottish Album of the Year Award) 2013, so I came with some expectations to this concert. Even so, some artists take you off guard and as I have followed music over many years it can be all too easy to become jaded hearing samey songs.
Hubbert appeared genuine and unassuming musician, whose music was all about his guitar.
He played mostly instrumental tunes. For his second song he played his own very good interpretation of I Once Loved a Lass, a favourite folk song of mine. His next tune had moody beating drums guitar and a husky voice. He showed a clear understanding that music is firstly about what moves us and secondly about techniques and using those skilled to best ability. 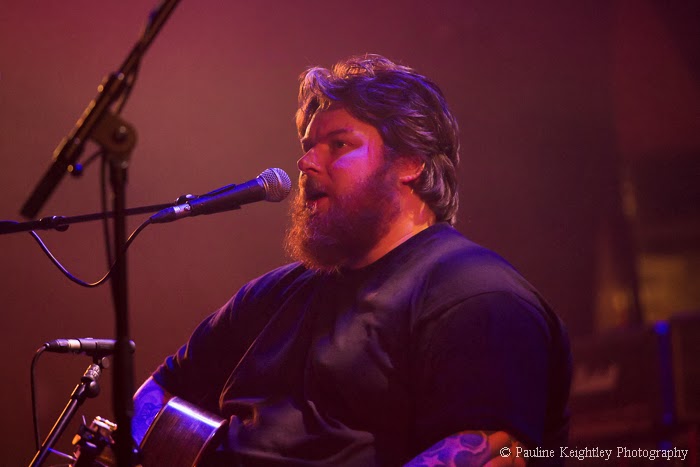 He played his tunes with unexpected subtleties, strong strumming, dancing fingers, slow pauses, hesitant steps guitar strings plucking and questioning notes. He also managed to hold the packed concert hall attention throughout with both his informal chat and well crafted tunes.
On one particularly emotional tune, entitle For Joe, he spoke first about his parents death and that he felt able to speak to an audience - and I guess he gets to speak through his music too. This tune had talking guitar and expressed the many complex feelings of grief and loss – from  missing you to happy memories and returned to missing you feelings. 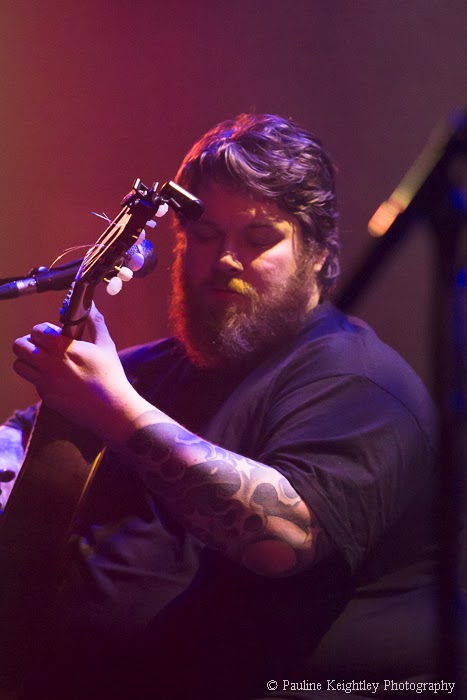 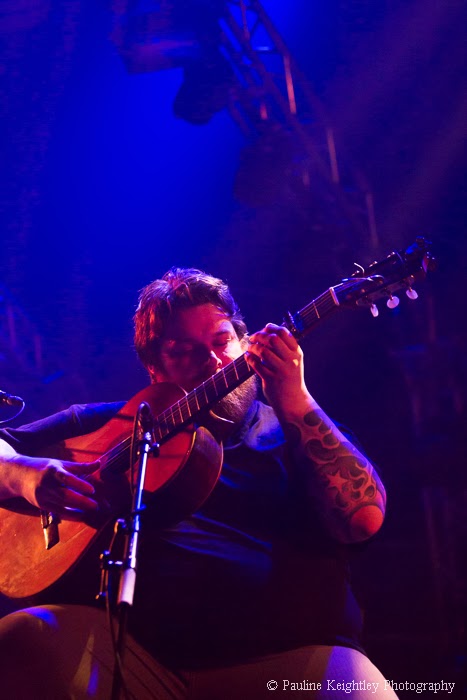 The singer Aiden Moffat joined Hubbert on stage of Car Song which was another highlight.
I was truly impress and even bought the CD - this doesn't happen a lot! 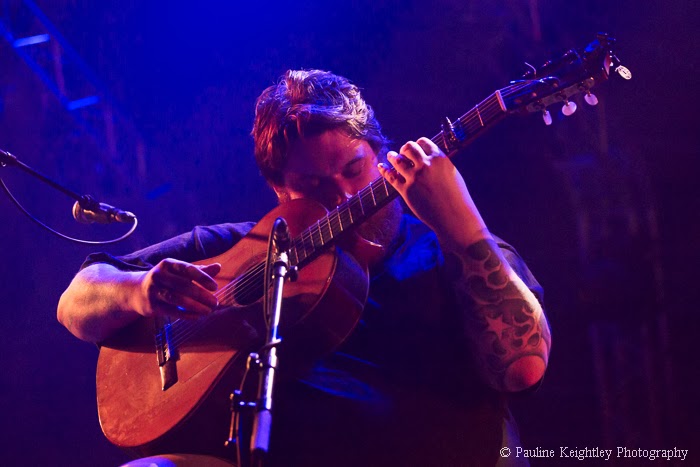 Hubbert is a member Scottish post rock band El Hombre Trajeado, and also a member of the Glaswegian DIY music scene since 1991.