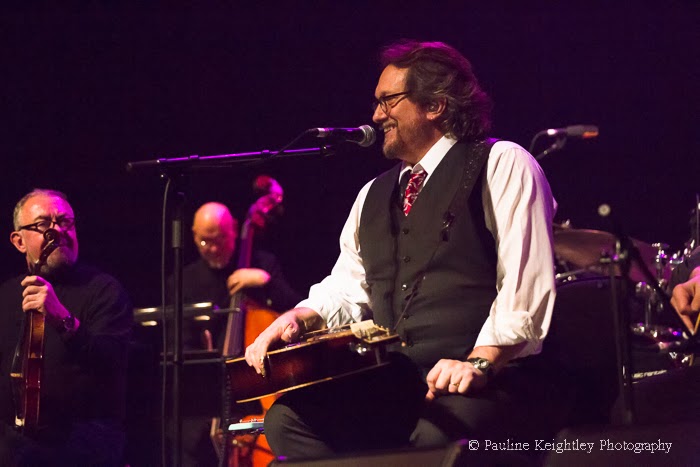 This unique concert is enriching and heart warming.
There was more banter tonight with fun chat between songs and as always superb playing by the strong cast of musicians. It was clear how much fun they all have playing together and Jerry Douglas even said this was his favourite time of the year. I know too how much I enjoy the buzz during Celtic. My son usually comes to Transatlantic with me and he enjoys seeing guys like Douglas and Aly Bain playing – he’s now at Aberdeen University so I missed him tonight.

Bands don’t come much better than this one and it is always a joy to hear them play!  I always enjoy John Doyle and Danny Thompson on their dynamic rhythm section. One of the reasons for the success of the TS is the way they have the stage set as an informal jam session, with those not performing sitting on a couch at the side of the stage with their customary onstage ‘green room.’ 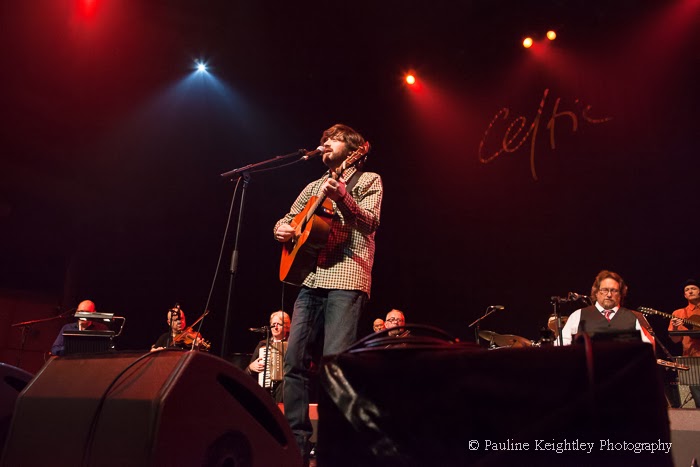 We were treated to some excellent singers at this concert – Gaelic singer Julie Fowlis sang a beautiful version of McCartney’s Blackbird, while Kris Drever, who’s had a brilliant year, sang the songs - You are The Call, Isle of France and Shining Star.  Kris and Julie joined in also with the band and clearly enjoyed every minute.


There was also the top quality from American singers were – Shawn Colvin and Sarah Jarosz. Shawn Colvin had success in the 80s.

Plus two very talented American regulars at Transatlantic, who are from West Virginia and Kentucky respectively - Tim O’Brien and Darrell Scott who recently released a duo album, entitled Memories & Moments.  Brilliant guitarist Russ Barenberg played one of his lovely guitar melodies. There was the emotion of Aly’s fiddle and the highly individual drama of Jerry Douglas's resonator guitar - a highlight of the night is his solo performance at the start of the second half. (Douglas is an award winning American Dobro master)


Transatlantic is the big event for the last weekend and now tours the UK after its two sold out shows at Celtic Connections.
I also attended a couple of Late Sessions at the Piping centre and saw some quality artists there too. I am now sad the fun weeks of the festival are over for another year.