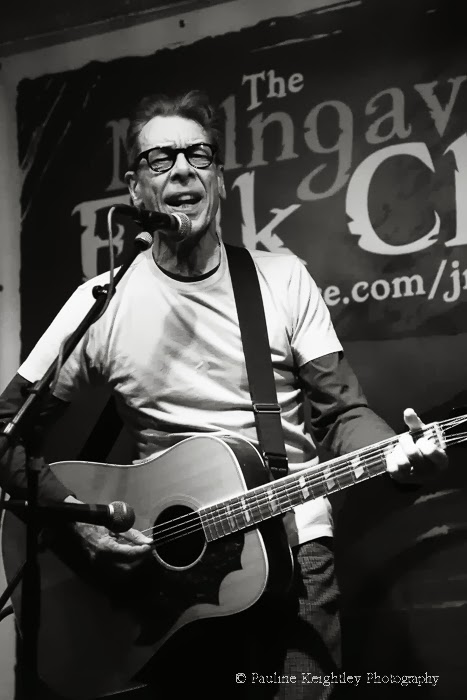 Long Dark Night (Demos and Rarities 1971 - 2011)
Where Dead Voices Gather
Do That Again
Wrong Joke Again (Red Pump Special)
Brand New Heartache (The Everly Brothers)
I'm Walkin Here (new album 2014)
Your Clear White Light (Lindisfarne).
The Sketcher on the Last Train
Out of Your Sight
More than I can say

The welcoming club was packed out with people standing at the sides - the club is often filled with addicted folkies like myself(!) and with relaxed friendly chat. The last time I saw Rab here the crowd was half this size perhaps as it was the month before Christmas. I usually pick gigs of artists I particularly enjoy.
In 2013 Noakes released a 40th anniversary edition of his Red Pump Special album. He told us that the album was first recorded in Nashville with a cracking squad and somebody in the room had worked with Hank Williams. 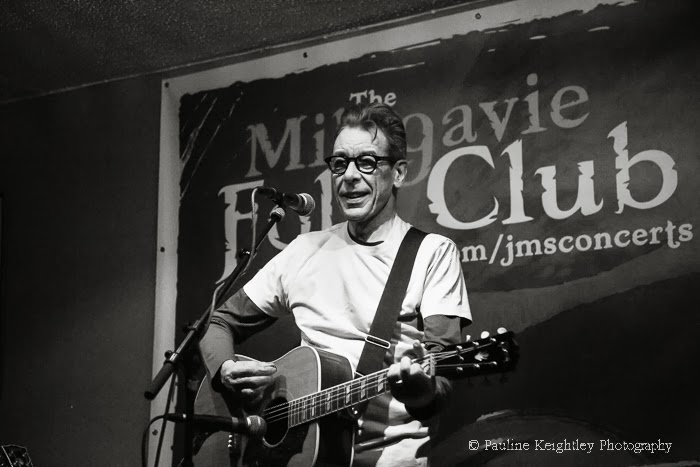 Rab sings songs of different eras with small histories and moods and stories and like fine wine gets better over time... I dont' wish to pick out favourites as every song has something special.  He said the mark of a good song was if it can age with you.

One song was about being able to recognise a window of opportunity when it opens...., and I wondered about his lost times when he left Stealers Wheel with Gerry Rafferty and his slot on the BBCs Old Grey Whistle test.  He told the stories behind his songs and musical journeys and his songs range from harder hitting questions to subtler optimisms. 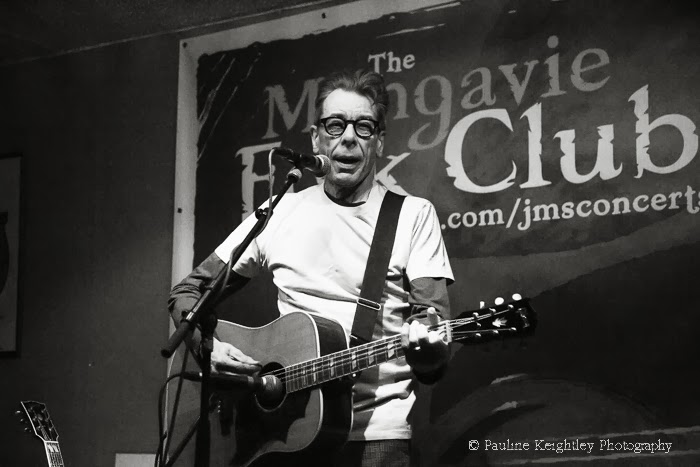 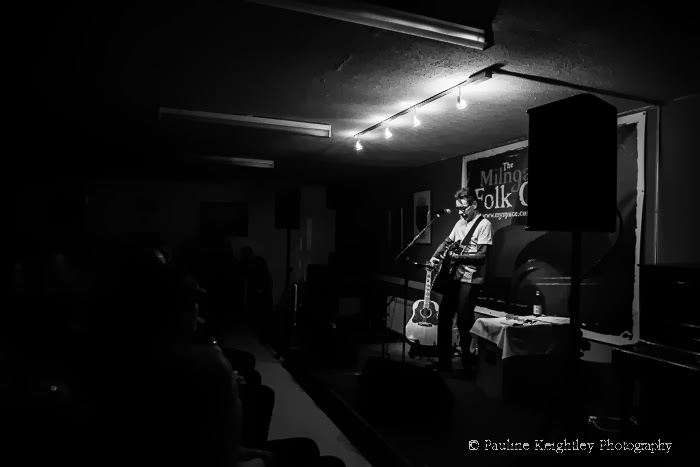 Rab called his style 21st century skiffle - in the style of Guthrie or Leadbelly before the folk revival and also a wee bit Buddy Holly.  Noakes crosses the generations, as he looks and sounds both of now and of those fifties folk songs. .

I can understand that artists like to perform their newer material while I know also that fans would wish to hear some of his older favourites such as Branch or Clear day - perhaps the audience might sing the backing vocals!
http://rabnoakes.bandcamp.com/releases

Rob Noakes -  with  Where Dead Voices Gather' - still relevant and even better than his younger days....
http://www.bbc.co.uk/rabnoakes