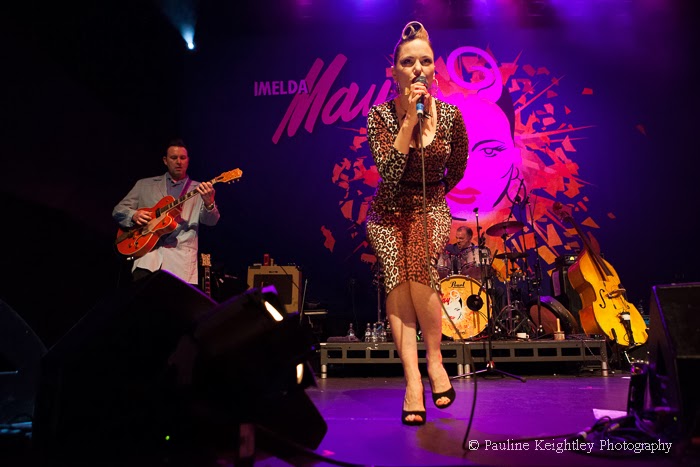 May rocked the Old Fruitmarket.
She sparkled on stage and moved and shimmied with a free energy as she bounced her mic, clapped and appeared to enjoy her set of upbeat dance tunes.
May has a fine set of vocal pipes, as well as loads of personality.
She performed songs from her forthcoming new album due in 2014 and also older favourites - such as the songs Mayhem and Here Comes Johnny.
For her encore she sang along to only a ukulele, a song Dreams Are Free, and then with full band she sang Breakdown. 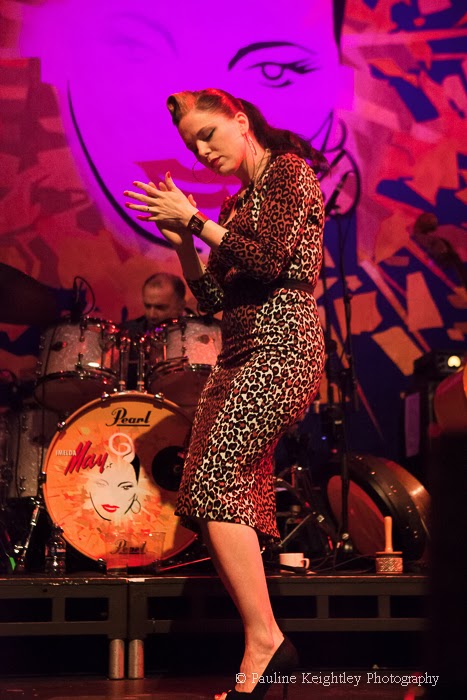 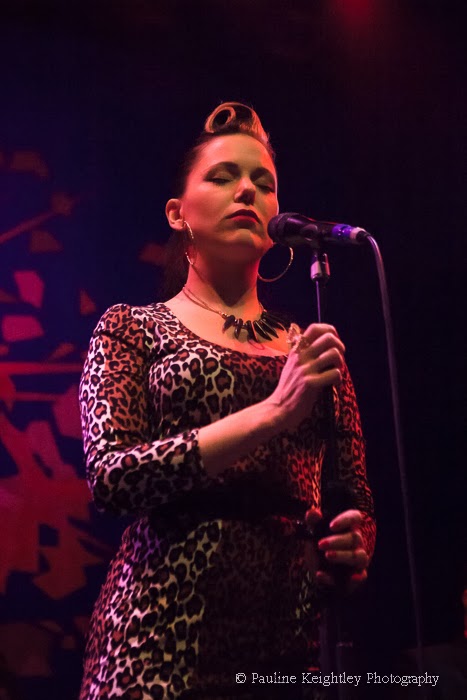 There was lots of clapping along to the songs and the packed hall was full of both younger and aging rockers eager to relive fun times!
Imelda Mary Higham, from Dublin has had amazing success and she clearly fills a niche for rockabilly and rock n roll nostalgia. 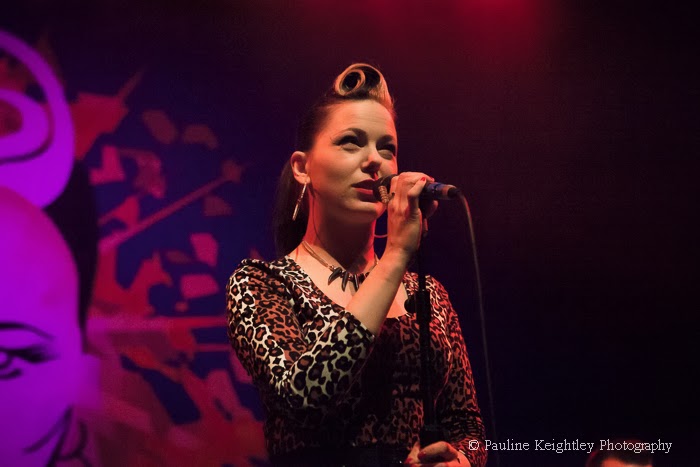 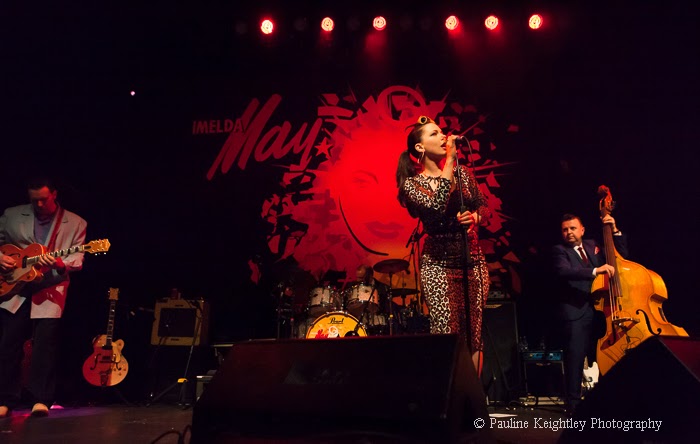 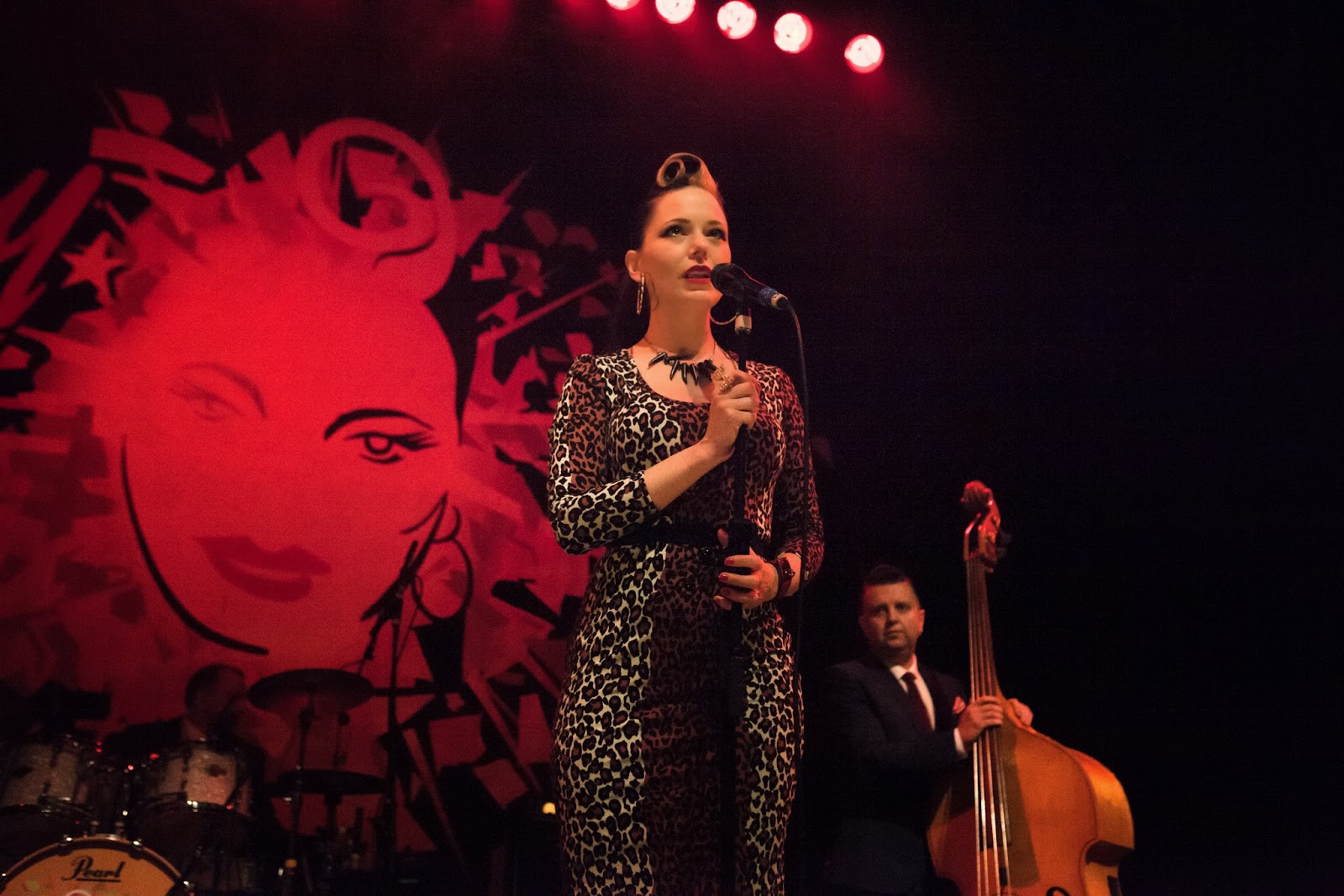