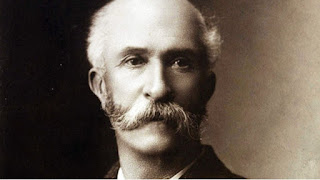 Thomas Blake Glover 1838 – 1911. Indsutrialist and etrepeneur, traavelled to Japan in 1859 and later imported the first steam locomotive. He helped to establish the Misubushi Shipyard and receivedd the Order of the Rising Sun from the emperor in 1908. He was the Victorian Scotsman credited with helping to make Japan a modern industrial nation. 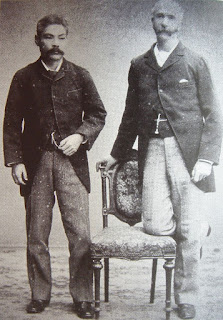 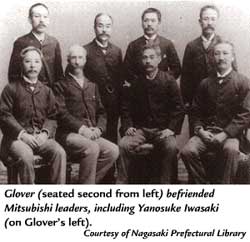 He was the Victorian Scotsman credited with helping to make Japan a modern industrial nation. A new exhibit Aberdeen’s Maritime Museum and a visitor trail exploring the life of Glover have been created to highlight the Scot’s place in Scottish-Japanese history. The booklet and trail were presented to the custodians of Thomas Glover House and Gardens in Nagasaki by the Cabinet secretary for culture, Europe and external affairs, Fiona Hyslop.

Japan and Scotland are celebrating the "Scottish Samurai" for helping to unite different cultures across the seas - Thomas Glover. - http://www.japantimes.co./the-scot-who-shaped-japan/