The Dirty Beggars at Stereo: Farewell Party For Now 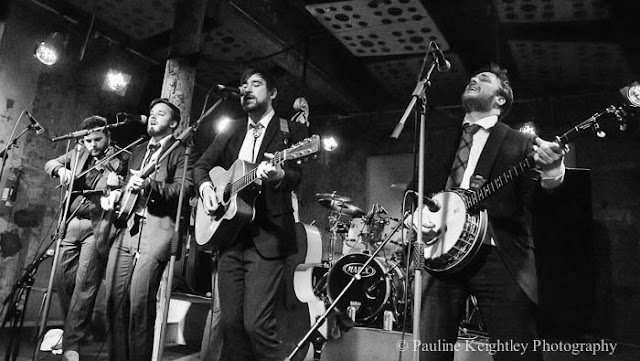 The Dirty Beggars entertained us with their exuberant Americana

With a ‘Hey Hey Mama Rock Me’ (the Wagon Wheel song) and the energy of bluegrass rockabilly, they sent us out into the balmy Glasgow streets. Dirty Beggars clearly have the best time on stage with their strumming banjo, strong bass lines, melodic fiddle

The band played Americana songs of the deep south with catchy refrains which brought images of sunny highways. The packed venue appeared to really enjoy their well chosen songs. The boys sweated in their suits and ties and eventually they looked more relaxed in their white shirts. 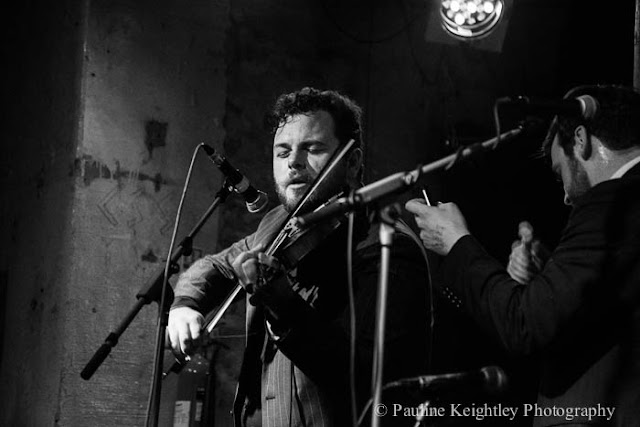 For a rousing finale song the support artists Ho-Ro and Wire Wool, joined the band on stage and the audience bopped and danced and sang along. 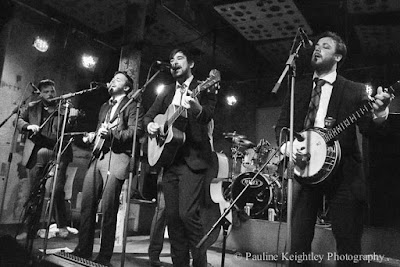 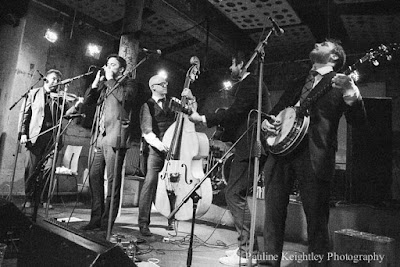 The band’s sound was tight and well rehearsed, and with well matched harmonies. The band is led by the Begbee brothers, Kieran, Finn and Pete, which aids their blend of voices. I got a nice shot of the talented Pedro Cameron on fiddle. All top musicians and with Stuart Printie on double bass completing the line up.

I am always struck by how much American music has influenced Glasgow and also by how much Scottish and Celtic sounds impacted on America in those times past.
Dirty Beggars played an up-tempo fun sound enjoyed by all ages!

The Dirty Beggars released an album entitled Bite the Bullet in 2011 on independent label Dime Roc. They have toured with The Wilders in the UK and also toured in the US. 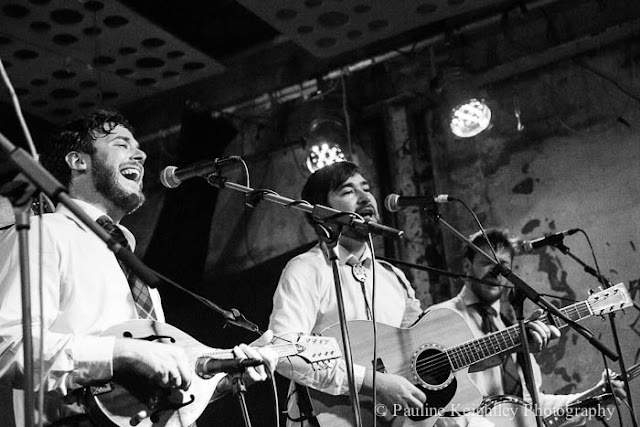