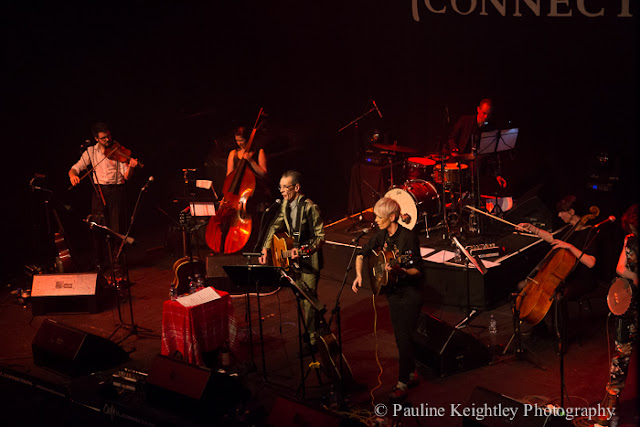 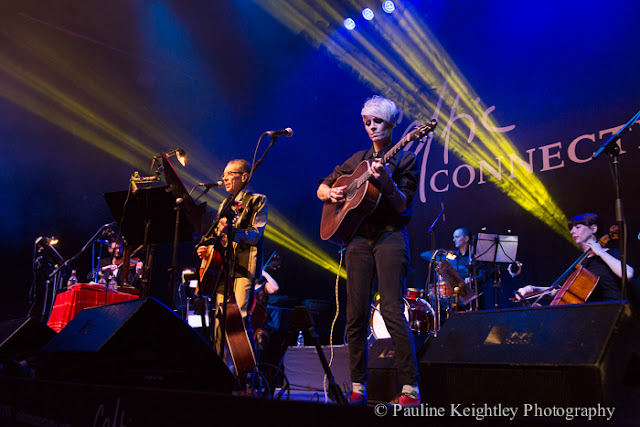 Rab looked smart in a black and grey stripped suit and with his good looking band, began his show with ‘Let The Show Begin’! This was an evening of song and stories.

Rab introduced his band - Innes Watson (fiddle), Una MacGlone  (double bass), Stuart Brown (drums), Una McImrpov, Christine Hanson (cello), Lisbee Roo IBanjo), and Jill Jackson (vocals), I was impressed as he had four woman musicians in his band along with two men! And they did an accomplished job too.

He sang his landmark songs – ‘Together Forever’ (which was covered by the band Lindisfarme back in 1969), ‘Edens Flow’, and ‘Clear Day’ (a call and response song). These song may not have made pop charts but they were hits with young folk singers. Rab performed on the BBCs Old Grey Whistle Test and record in Nashville.

He performed his quality song ‘Gently Does It’, when he expertly played the melody on guitar and spoke of being inspired by the acclaimed folk singer Alex Campbell and of what a great performer he was the way he built up his set.

He sang the ‘Twa Corbies’, along with the perfect-toned voice of Gaelic singer Kathleen Innes. And a new stand out song, which was 'a Scots song nod to Dylan and a Bob Dylan nod to Scots song' ‘Tramp and Immigrants’ – a mash up of Dylan’s ‘Pity the Poor Immigrant’ and Scots song ‘Tramps and Hawkers’. 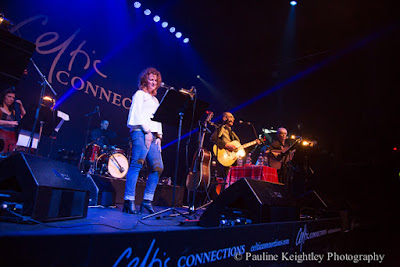 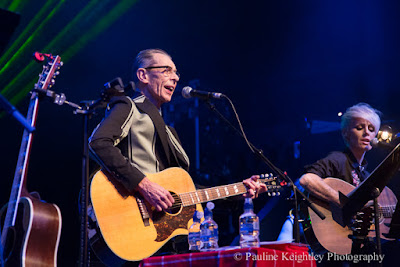 ***II  For a defiant start of his second set, Rab sang ‘That won’t stop me’ from his Treatment Tapes Cd. This 70/50 concert was a double celebration - Rab will be 70 this year and it was now 50 years of performing his songs.


He sang songs of travelling long gone folk and of things you taught me, with ‘Jackson Greyhound.’ He sang he maturity of experience, lessons learnt and hard fought for acceptance of being that bit older. He spoke of his travels in the deep American south – starting at New Orleans, and on up to Nashville, Georgia, Alabama, Louisiana - with the civil rights on one hand/ music on the other. He said it was important to let the song tell the tale when he sang ‘A Voice Over my Shoulder’.

Rab took part in the project ‘Scotland Sings - Hands up for Trad’ when he had re-engaged with the Scots song tradition through working with Kathleen. He wrote his song about the treatment of asylum seekers being lined up for farm work with ‘The Handwash Feein Mairket.’

He thanked his wife Steph for her help during his cancer treatment and sang of love, with ‘Just One Look’ and ‘I Always Will’. He also spoke of writing songs with her – and sang ‘O Me O My (O Fly Away)’

Rab always enjoys looking back and treated us to special songs of the past and along with Kathleen he sang an emotional full stop song for his encore with the 1947 song ‘Tennessee Waltz’, which had the Fruitmarket audience on its feet and it was clear his emotion.

Noakes sings with an American twang he picked up listening to radio back in the days. At the time there were American ships in Glasgow and America was the dream place with music fans here in the thrall of the American blues and rock. Times they are a changing recently…

Noakes is unassuming, genuine, and a keen observer of life. It was clear he had put a great deal of consideration into the song choices for his concert. A memorable night. 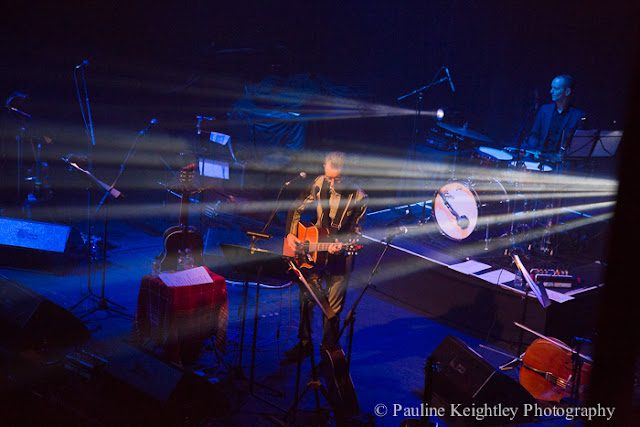 
Let the Show Begin, By the Day (One More Shave n’ Haircut), Together Forever, Gently Does it, The Twa Corbies, Tramps and Immigrants, Water is my friend, I’m Walkin Here, Clear day,
II  That won’t Stop me, Where Dead Voices Gather, A Voice over my Shoulder, Jackson Greyhound, Eden’s Flow, Handwash feein’ mairket, Just One Look, I Always Will, On me oh my (Fly way oh fly away), Out of Your Sight, Tennessee Waltz. 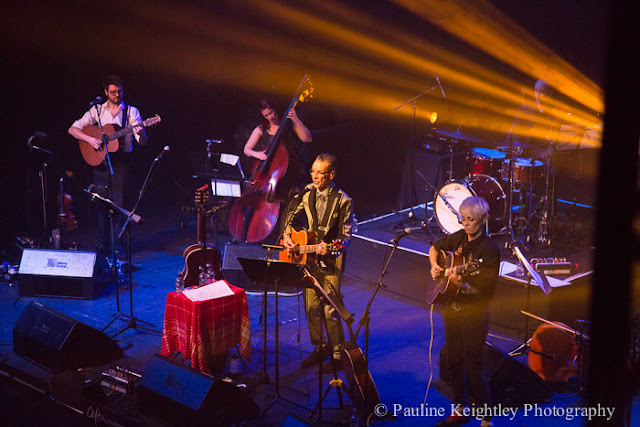 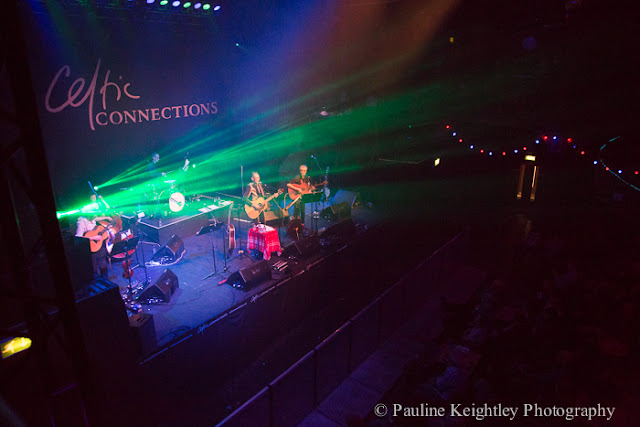 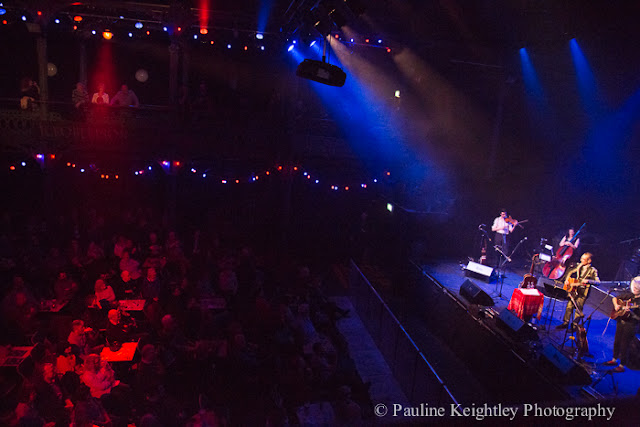