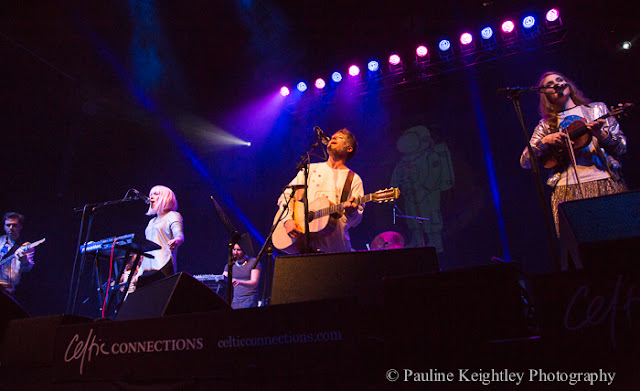 One of Scotlands highly respected songwriters, King Creosote, aka Kenny Anderson, from Fife and his nine piece band brightened up the Old Fruitmarket stage on Friday. The top quality band, who were made up with sparkly space age gear, included harp, cello, bass, keys, drums, violin, pipes and guitars - with Lomond Campbell (Ziggy) on vocals, Peter Harvey (cello) and Andy Robertson (drums).

This was to set the mood for the lush cinematic travelling soundscapes of Anderson’s 2016 album, ‘Astronaut Meets Appleman.’  The album explores the challenges between traditional and the new technologies. 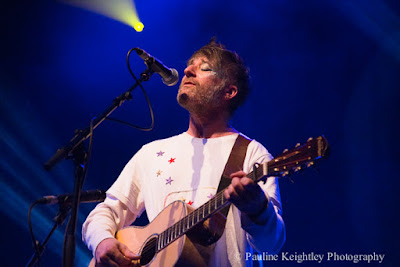 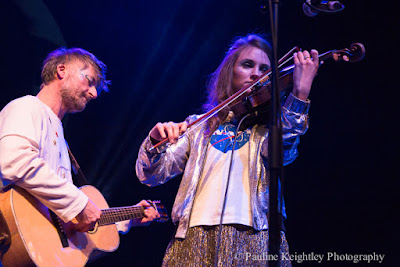 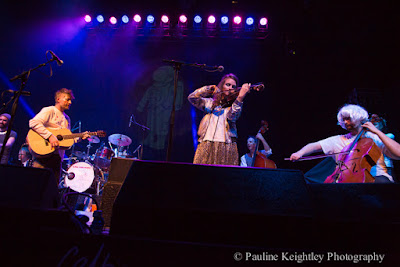 The gig included the catchy tunes ‘Love Life’ and other memorable songs, from his recent album -  ‘Surface’, ‘Wake Up to This’ and the momentum of ‘You Just Want.’ Kenny mixes colourful subtle soundscapes with his indie folk rock music. At one point Anderson wandered the stage and interacted with all the members of his band and it appeared they were having much fun! They performed hypnotic immersive music and the packed Fruitmarket audience knew they were in for a good night! 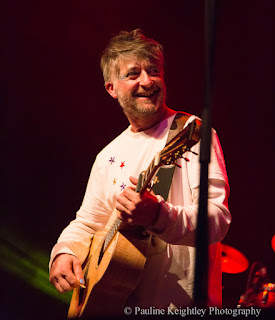 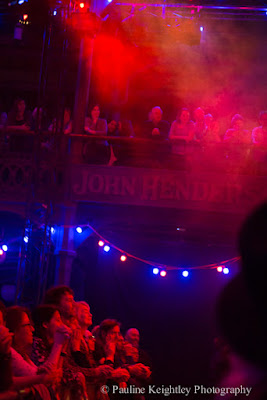 In 2014, King Creosote composed songs for a award winning theatre show with archived black and white footage of Scotland, entitle ‘Scotland With Love’. He is also a Mercury prize nominated artist for his collaborative ‘Diamond Mine ‘album recorded with Jon Hopkins.
He is is a one-man cottage industry based in the Fife fishing town of Anstruther, Kenny “King Creosote” Anderson has released more than 40 albums since the late Nineties, 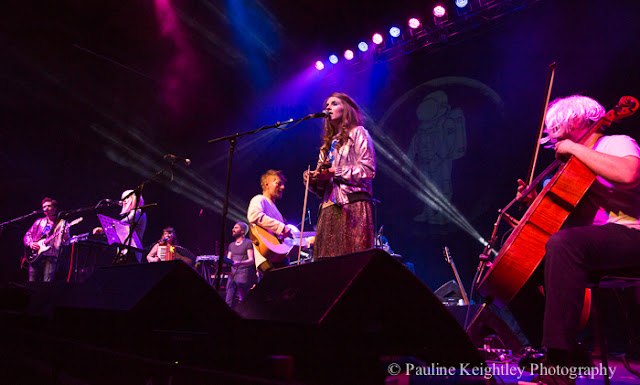