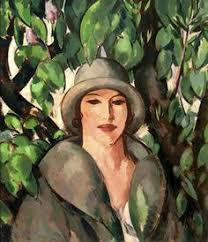 This years theme at the Edinburgh International book festival 2018 is "freedoms". It is important we are free to have our VOICE. Its important for culture, sense of identity, artistic creativity, truth, heritage, communicating, collaborating and so much more.

At a talk on the highly respected Scottish singer songwriter Michael Marra, a Canadian asked - 'why did we not hear of Marra on the Scottish radio or tv, and how can we have a Voice here in Scotland, if we have no way of expressing it freely and widely? ..The answer is that Marra went to London for a while, but the London music industry wanted to change him and take away the essence of what makes him a great artist. ........ And I wonder often why Scotland is not free, and unlike other nations has no media of its own....

An artist must be true to their art...

Creatives not only require freedom of expression, it’s the life blood they draw on for their creativity. Any artist who tries to stick inside boxes is stifled. I remember a Russian art exhibition at the Tate modern – all were identical, raising arms to the heavens.


The Scottish painters JD Fergusson on modern Scottish painting is his plea for artistic freedom. "Scotland should have an independent art," Artists must challenge assumptions and take a sledgehammer to totems.
Artist Alexander Moffat and poet Alan Riach , in a new edition of Scottish artist JD Fergusson Modern Scottish Painting, in which he questions the need of artists to conform to market forces. If arts motivation is economic it is not usually successful. Then as now, there was what Moffat and Riach call "the tyranny of academic authority in taste, practice and artistic social priorities". Oddly there have been significant problems with Creative Scotland’s large umbrella organization (which includes film, Games, music, literature, arts) being controlled by the accounts men.  There was the need for artists to conform if they wanted to be embraced by the kind of organisations and institutions who view art as the conduit to boosting the economy and encouraging an ever-growing influx of tourists.

The need to conform to be embraced by established art institutions. Fergusson's approach to art was embedded in political philosophy and he was convinced of the need for independence. He questioned why "the Glasgow School" faded out. "Was it Scotland's feeling of inferiority? Was it the lack of sympathy or financial support?"

**Edinburgh book festival director Nick Barley claims culture and the arts is being adversely affected by the hostile attitude at the UK home office.
“We’re putting culture at risk, ironically the theme of this years EIBF this year is freedom!
The UK Home office refusals from Syria are up from 18% to 68% in 2017.  -"Our relationship with authors is being damaged because the system is completely unfit for purpose. They’ve jumped through hoops – to have their applications refused.”  The UK Home Office has refused visas for authors invited to Edinburgh book festival. Festival director Nick Barley says ‘humiliating’ application process will deter writers and damage cultural life in UK. A dozen writers, from African and Middle East countries have had their visa applications refused, amid a process that requires 3 years of bank statements.

JD Fergusson was drawn like so many other Scottish artists of the day, to Paris. (Samuel Peploe, Francis Campbell and Boileau Cadell). He writes of the impact that the French capital had-. “Paris was a place of light, freedom, intellectual challenge, learning and research. It allowed me to be Scots as I understand it, and has made me so Scots that I am leaving it and coming home."

Fergusson’s book is a cri de coeur for artistic freedom and he is always passionate..
Some of the greatest art happen when we challenge the boxes – as when French impressionisms challenged the Paris Salon. 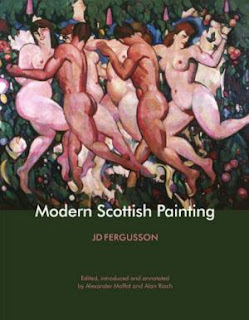