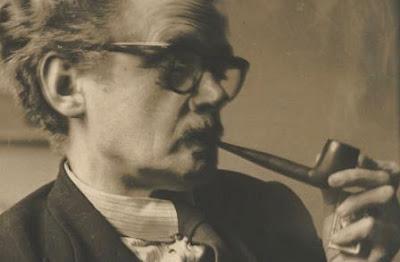 MacDiarmid reimagined a Scottish rebirth and renewal of a truer heart and stories, that had been forgotten ever since the unwanted ‘union’ .

He looked at the Edinburgh historic skylines, the seashores of Shetland, the north eastern town of Montrose and his border hometown of Langholme and felt  strong disgust at all that had been lost.in his 1942 Scottish art and letters essays: the Present position and Post war prospects, included 17 chapters on Scotland’s reconstruction. He welcomed a new generation of Scottish writers – Sorley MacLean, WS Graham, Sydney Goodsir Smith and others.

Professor Alan Raich writes, "The Scottish renaissance was conceived in the first world war and then leapt into lusty life in the second world war. In the 1920s, national self-determination became a cultural priority."

"Partly as a result of reimaging of Scotland by MacDiarmid, and other writers, artists, composers, critics and historians. The 20rh century saw the irreversible development and re-establishment of cultural and political self-consciousness, and ideals of self-determination. In Scotland. The beat goes on."

"At the heart of that beat is a regenerated sense of national identity and international connection, both with a sense of historical depth. The artist is not refined out of existence, but bears the weight of conscious connection with his or her society, family, language and national history. And this is to do with a feeling of home or belonging."