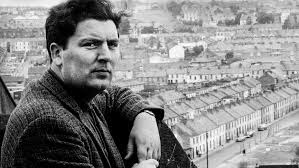 Hume died August 2020
‘Until you agree on the problem you can’t agree the solution.’

‘This piece of earth, our divided people.’
‘He made hope and history rhyme, ‘Seamus Heaney.

He was instrumental in the Irish peace process, and won 3 peace awards – The Nobel Peace prize, the Martin Luther king peace prize and the Ghandi peace award. He will be remembered with other peace makers.
He paved the foundations for the peace and the Good Friday agreement, signed in April 1998 and agreed on by two referendums in May1998, which ended the 30 years of the Troubles (1960s – 1990s) Issues relating to sovereignty, civil, and cultural rights, decommissioning of weapons, demilitarisation, justice and policing were central to the agreement.
There are some visionaries who can see the bigger picture, join up the dots and offer new stories and hopes. John Hume was one.
My parents were Ulster unionists and I remember well the despair and dreadful violence and indiscriminate killings every day on the news during the troubles. It was a scary time. I remember visiting my family in northern Ireland as a child and returning when I was older when there were army roadblocks and helicopters circling over head. And each day there were more killings.

Hume saw past all that – past the old sectarian hatreds and divides.
In the 1980s Hume gave speeches at universities around northern Ireland: at Queens university students union when he would say –
‘I’m here to make the single transferrable speech.’
The place was packed, and Hume was heckled by both nationalists and unionists. He always had an answer though  ‘This is not a history lesson,' he’d say.’

‘Foxes and hedgehogs know one big thing, we are all different. Diversity is to be celebrated. How does that threaten anyone?’
‘You can’t eat a flag.’
On human dignity – ‘An eye for an eye leaves everyone blind.’
‘Spill sweat not blood.’
‘It not our land, its our people.’

He played better outside than inside the inward-looking, insular Northern Ireland and he knew it was more important to get the message out abroad. He spoke with US President Bill Clinton, about the political process rather than the military one.

He got both Paisley and Thatcher to agree, he changed minds - and to see Northern Ireland not as an occupied territory, but as one day liberated.
He asked the UK government, for civil rights and equality, how could they refuse?

He never held high office but he moved mountains.
His endless persuasion worked.
‘This piece of earth, our divided people.’

‘He made hope and history rhyme, ‘ poet Seamus Heaney. 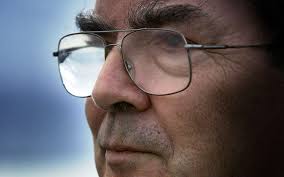 John Hume (1937 – 2020) was an Irish nationalist politician Irish nationalist politician from Northern Ireland, widely regarded as one of the most important figures in the recent political history of Ireland, as one of the architects of  The Northern Ireland Peace process - with the Good Friday Agreement signed April 1998.
A native of Derry, he was a founding member of the Social Democratic and Labour party (SDLP) and served as its second leader from 1979 to 2001. He also served as a Member of the European Parliament, and a Member of the UK Parliament, as well as a member of the Northern Ireland Assembly. He was named "Ireland's Greatest" in a 2010 public poll by Irish national broadcaster RTE to find the greatest person in Ireland's history.


The Good Friday Agreement (GFA), or Belfast Agreement (Comhaontú Aoine an Chéasta or Comhaontú Bhéal Feirste; Ulster-Scots Guid Friday Greeance or Bilfawst Greeance), is a pair of agreements signed on 10 April 1998 that ended most of the violence of the Troubles: a political conflict in Northern Ireland that had been on going since the 1960s. It served as a major development in the Northern Ireland peace process of the 1990s Northern Ireland present devolved system of government is based on the agreement. The agreement also created a number of institutions between Northern Ireland and the Republic of Ireland and between the Republic of Ireland and the United Kingdom.
The agreement was approved by voters across the island of Ireland in two referendums held on 22 May 1998. In Northern Ireland, voters were asked in the 1998 Northern Ireland Good Friday Agreement referendum whether they supported the multi-party agreement. In the Republic of Ireland, voters were asked whether they would allow the state to sign the agreement and allow necessary constitutional changes to facilitate it. The people of both jurisdictions needed to approve   agreement in order to give effect to it.The British–Irish Agreement came into force on 2 December 1999.
Hume was co-recipient of the 1998 Nobel Peace Prize with David Trimble, and also a received both the Gandhi Peace Prize and the Martin Luther King Award. He is the only person to receive the three major peace awards. He was named "Ireland's Greatest" in a 2010 public poll by Irish national broadcaster RTE to find the greatest person in Ireland's history.[5]